Tanja Tomic, a former member of the Macedonia Parliament, is a member of the Women’s Democracy Network– in fact, she attended WDN’s inaugural Europe regional conference in Skopje in 2005. 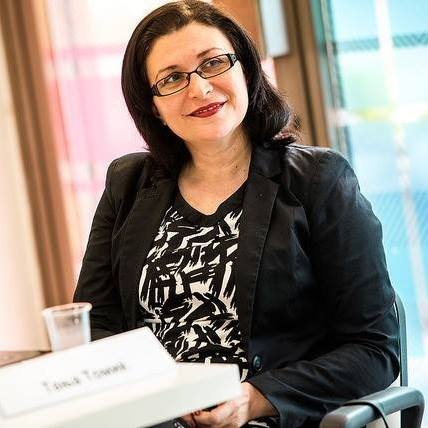 Tanja has served as a trainer and facilitator for WDN throughout the years. “Every event and training that I participated in was a learning experience. When you are sharing something with the women [participants], you get something back,” Tanja said.

While training WDN members, not only was Tanja building her own capacities but, she learned new and innovative ideas from the other women that she brought back to her colleagues in Macedonia. While training group of women in Mongolia, Tanja realized that Mongolia has a system that allows member of parliament to also have a full-time job, whereas in Macedonia, being a member of parliament was your “full-time” job. When Tanja returned from the training, she organized debates and discussions to see if Macedonia could change the MP employment system.

However, the most important thing WDN has provided to Tanja has been the support network of women leader. “Even if I was just having a tough moment personally or in my career, someone from the [WDN] network would contact me just to talk or exchange opinions. That support helps you rise above the tough moments.” Tanja keeps in touch with women from Egypt, Indonesia, and Moldova – places she says she wouldn’t be able to find on a map without WDN.

“Sometimes it’s easier to talk to someone that you’ve just met,” Tanja said, “compared to someone you’re close to. You aren’t afraid of the judgment and reactions. It is easier to share fears, ideas, and wishes with someone who has the same experience. I’m still in touch with some of these women, even from 2007.”

Below is an interview with Tanja that was conducted on August 26th, 2017. 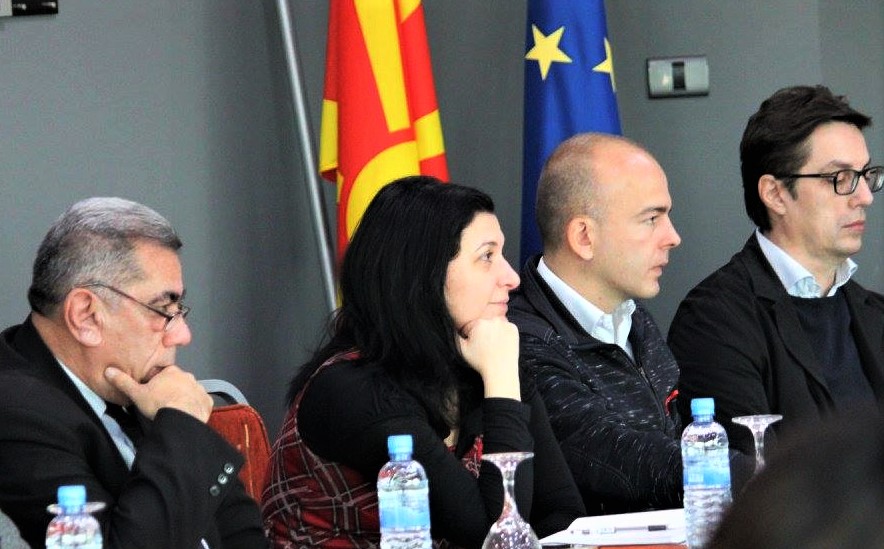 What was your first experience with politics?

I got involved with politics at 16 because of my friends, who were members of a political party. After a while, I became interested in issues that concerned my secondary school. From there, I became more and more involved because I saw how one person could influence change. I started becoming more active when I was around 19.

What made you decide to run for office?

For me, it was a long and steady road. I first ran for the position of municipal councilor in 2000 at age 23. After serving in that position for five years, I ran for City Council of Skopje, where I served for four years.

I first ran for Parliament in 2006 and lost. I ran again, successfully, in 2011. It’s hard to get back on your feet after a loss, but that’s where WDN helped me. I started working with WDN after I first lost my campaign for Parliament. I got the chance to talk to women who had the same experience and seeing that women from different countries had also lost before gave me the energy to keep going.

There wasn’t one thing that made me decide to run for office. As I started to work on one issue, I became aware of other problems in the neighborhood. You may not be able to solve everything, but you can help.

Did you face any barriers when you were running for office?

Yes, I faced many barriers, mostly in the form of men who kept trying to stop me. Macedonia has a 30% quota for women in parliament, but they were rarely followed due to a lack of enforcement. There was always at least ten men who wanted to run and felt that the position belonged to them. Women had to prove to the party that they would bring more votes than the men, that they would contribute to creating policy, and would give added value. Of course, that meant that women would have to make internal coalitions.

What was your proudest moment in Parliament?

In addition to changing several laws, I served as Chair of the Inter-Parliamentary Caucus for the fight against AIDS, which was a multi-party group. The caucus managed to have public debates that led to an increase of money in the budget that went towards acquiring AIDS medicine. It has been identified that the medicine wasn’t getting here in time. The medical institutions didn’t have enough money to improve the system in place or hold people accountable for timely delivery.  It took seven or eight months of public debates, interviews, discussions, and talking to colleagues, but we eventually made sure that there was an increase of funds. 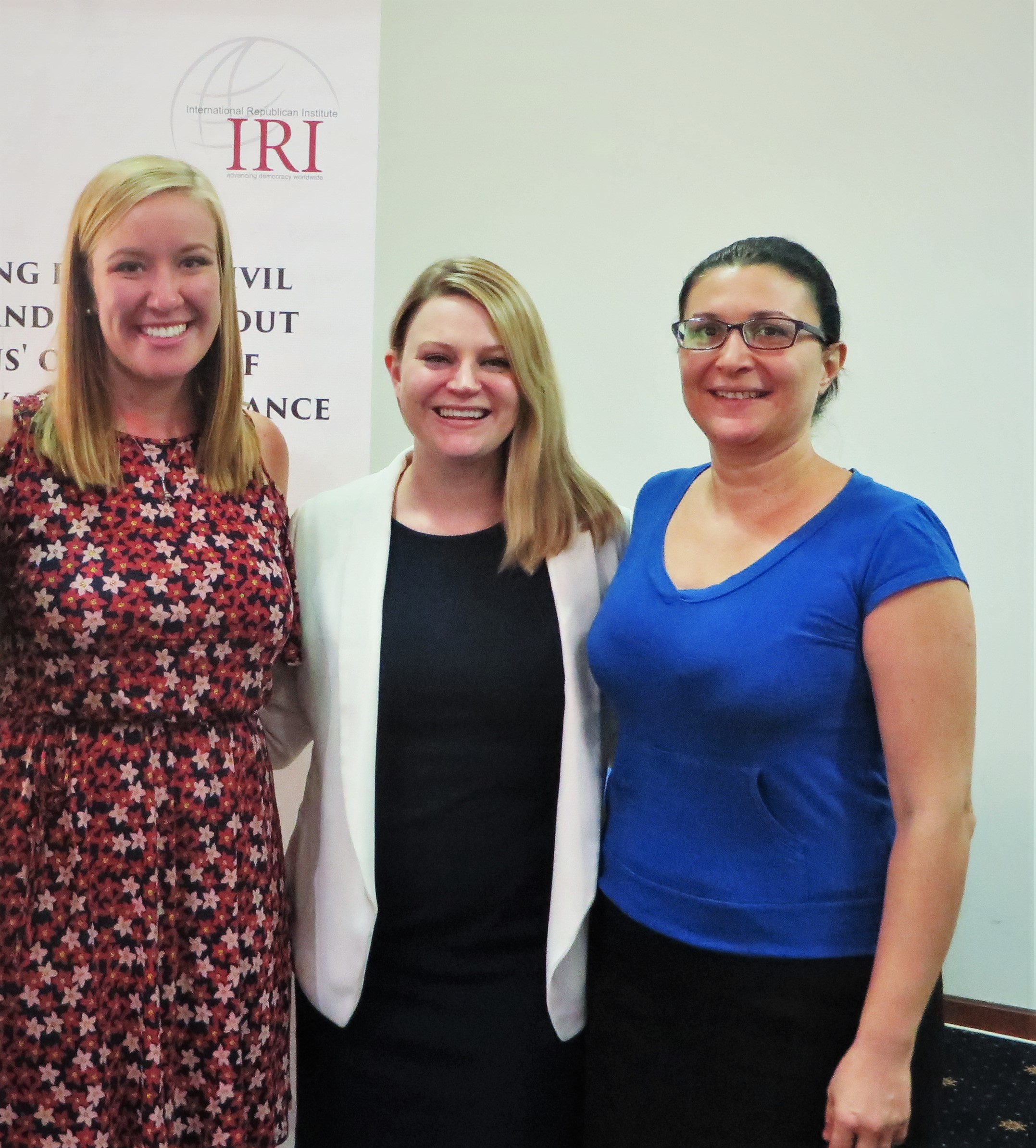 What message do you hope to share with young girls thinking of running for office?

Always be braver than you think that you should be. Women tend to put limits on ourselves, but you are capable of more than you think you are. Don’t sell yourself short and aim high. One of the reasons that it took me so long to get to the position of MP was that I was always hesitating. I always thought that I could be more prepared or could use more support. Looking back, I realize it’s not true. I did that myself. Don’t listen to your internal critics.

What impact do you think that women can have on politics in Macedonia?

When women set goals, whether it’s having more kindergartens or changing the law on domestic violence, they can push through whatever they want. There are 40 women out of 120 total members of parliament. To get a law passed, you need 50% of the votes. But If there are only 80 people in the room when the vote is called, women alone have enough votes. However, you face the barrier of party lines. The biggest challenge of the women’s club (in parliament) is how to get everyone to agree on a course of action on an issue. Once everyone gets on board, women can create change by themselves.