When you put young people and graffiti together, it often sounds like a recipe for mischief. But in April 2018, five young, male Bosnian leaders and a few local street artists used street art to promote interethnic reconciliation in their community.

Bosnia & Herzegovina (BiH) is less than 25 years removed from a bloody conflict between the country’s three main ethnic groups – Bosniaks, Croats, and Serbs – and is marred by lingering interethnic tension. Today, with the wounds of the 1990s still present, many Bosnian political parties often seek to play to the fears of ethnicities in order to secure votes, leading to a consistent cycle of angst and distrust among much of the Bosnian population. This, in turn, often incites hateful rhetoric between ethnic groups and stifles progress towards domestic unity. Furthermore, these domestic tensions can create spillover that alter the affairs of neighboring states and weaken the overall security of the Western Balkans. And situated on the doorsteps of Western Europe, Russia and Turkey, the stability of this region certainly has major global geopolitical implications.

The team met at IRI’s Youth Advocacy Summit – the kickoff event for IRI’s two-year USAID re:Generation program focused on encouraging interethnic reconciliation among Bosnian youth – in Sarajevo, BiH in the fall of 2017. The event gathered 149 of BiH’s brightest young leaders to discuss differing perspectives among ethnic groups, how to reconcile these differences through peaceful means such as filmmaking and community service projects, as well as the need for a united BiH.

With an IRI-funded small grant won through an open competition announced at the Summit, the team created a short documentary that sought to connect today’s Bosnian youth with the experiences of youth during the 1990s conflict. The documentary featured interviews with veterans, from all three sides of the conflict, to discuss the country’s scarred history as well as their lives after the fighting. Furthermore, in hopes of encouraging the current generation of young Bosnians to advocate for a united future, the team’s film also presented a graffiti mural featuring three film actors from the region – Mustafa Nadarević (Bosniak), Boris Dvornik (Croat) and Pavle Vuisić (Serb) – on a muddy wall in Brčko. The mural shows the Brčko community that film transcends societal divisions based on ethnic or religious differences, has been dubbed a new city landmark by local and national media portals and will be a symbol of interethnic reconciliation for years to come. 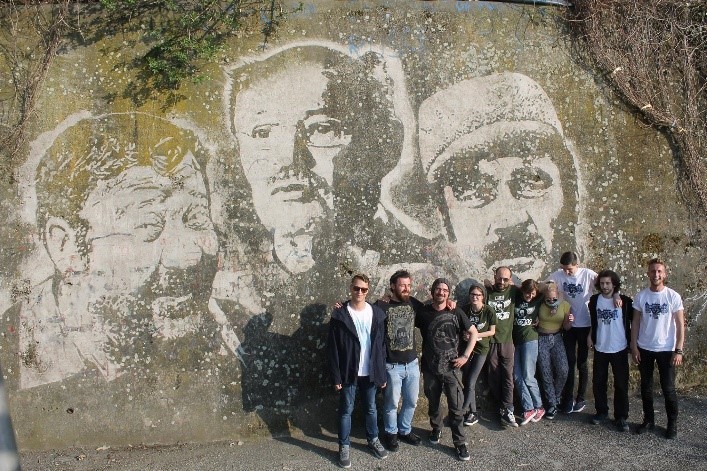