Last night we honored IRI’s former President Ambassador Mark Green. After four years at IRI Mark is leaving to lead the United States Agency for International Development. Last night we celebrated Mark and IRI’s victories during his leadership. Simon Jerome, a member of our procurement and grants team, gave the below remarks about Mark. We found it fitting to post them on our blog.

As you all walked in, I’m sure you saw one of the most remarkable features of the office renovation – the text of President Reagan’s Westminster Speech by the eighth-floor elevators. Those words, as you all know, gave life to a national mission to spread freedom, democracy, and peace across the globe. As you also know, we’re here today to celebrate Ambassador Green’s next step in that mission at USAID.

We no longer live in Reagan’s world. The value of our work is no longer taken for granted – not only by citizens of foreign nations but even by other Americans, on the left and the right alike. In the world now, we must articulate why our work matters to many audiences: to our partners domestically and abroad, to our political leaders, to our funders, and even – admit it – sometimes, to ourselves. Every day at IRI, we face numerous challenges for funding from agencies that want to see creative proposals in areas that meld the traditional and the novel. All of these challenges are alike: they require us to be more adaptive than we ever thought we could be. After three years under Ambassador Green’s leadership, the I can say confidently for myself – and I think I speak for my peers as well – that we are.

Through a relentless crusade to amplify IRI’s voice externally while nurturing talent internally, Ambassador Green has succeeded in building our brand, our team, and our resources. If you’ve ever shared a notable victory at Monday’s all-staff meeting, you can already hear his voice: “That sounds like a good topic for a blog!” He pushed us to talk more about our work, and our brand, everywhere – from blogs on Democracy Speaks to Tweets to op-eds to events in DC that showcased our expertise.

Ambassador Green complemented our brand-building with a focus on building the talent of our team. He empowered staff, from new Program Assistants to veteran Directors, to propose new initiatives and even to approach him directly, whether through emails or town halls. This focus on staff has enabled us to propose adaptive solutions to some of the most pressing problems across the world.

Ambassador Green’s attention to brand and team has paid dividends in his final goal: building our resources. He has made investments in our long-term potential, and the long-term goal of IRI.

Anyone who works here knows that Ambassador Green is a fan of Ronald Reagan and his quotes (and that is putting it lightly). When reflecting on Ambassador Green’s leadership style, one of President Reagan’s quotes something we all know to be true through Ambassador Green’s example: “The greatest leader is not necessarily the one who does the greatest things. He is the one that gets the people to do the greatest things.” More than anything else, Ambassador Green has created a culture where all of us can succeed, and enormous change is possible. Under him, our Institute has undergone dramatic changes carried out by the remarkably talented people who work here, and their freedom to do so is a testament to his principled leadership.

In the tradition of President Reagan himself, Ambassador Green is a resolutely principled man. It is far easier to follow someone when he is guided by his own convictions, and in that respect, Ambassador Green has made following him a simple task. If I may be permitted to impute one more phrase of President Reagan’s to Ambassador Green, I will use this: “I know in my heart that man is good, that what is right will always eventually triumph, and there is purpose and worth to each and every life.” Over his career, and especially here at IRI, Ambassador Green has helped countless people live out the purpose and worth to their lives. On behalf of the junior staff, I can say confidently he will continue to do so in his next step at USAID. Ambassador Green, thank you for your time here, and best of luck in the things to come. 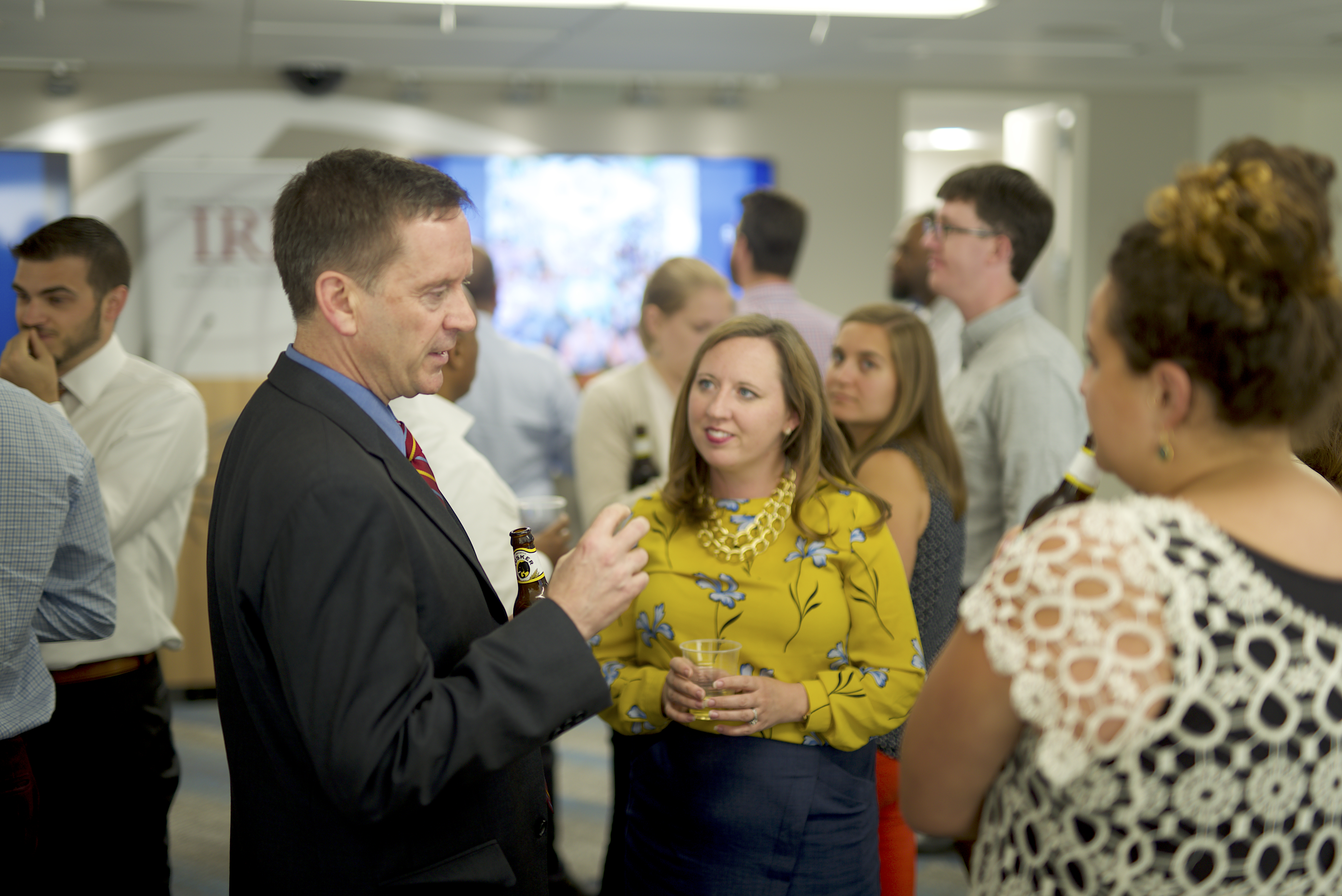