Because of the war in eastern Ukraine, many Ukrainians who had previously never travelled outside their city were forced to leave their homes and move to safer locations.

While certainly this massive displacement of Ukraine’s citizens has caused many challenges and difficulties for local governments across the country as they accommodate their new neighbors, today, there are signs of the slightest silver lining.  Many residents of the Donbas, having observed better quality government services in other regions, are returning to their homes and requesting improved services in their region. This in turn has altered the way in which local governments address citizens’ concerns.

IRI, through our facilitated public dialogues, has observed citizens of Sloviansk and Mariupol, two cities in the Ukrainian-controlled territories of Donetsk oblast, express to their local government officials how they have seen and learned what is possible from their time spent elsewhere in Ukraine and how, as a result of these observations, they now have higher expectations for their own local governments.

Following IRI-facilitated dialogues in Sloviansk, business leaders are now organizing on their own initiative an advocacy campaign and petition drive to demand the council’s consideration of lowering the threshold for procurements to go through the public ProZorro process.  Noting that their time spent elsewhere in Ukraine opened their eyes and minds to expanded opportunities especially regarding citizen engagement with and ability to influence local government, a number of citizens expressed dissatisfaction with only relying on and believing whatever their local government says is true. 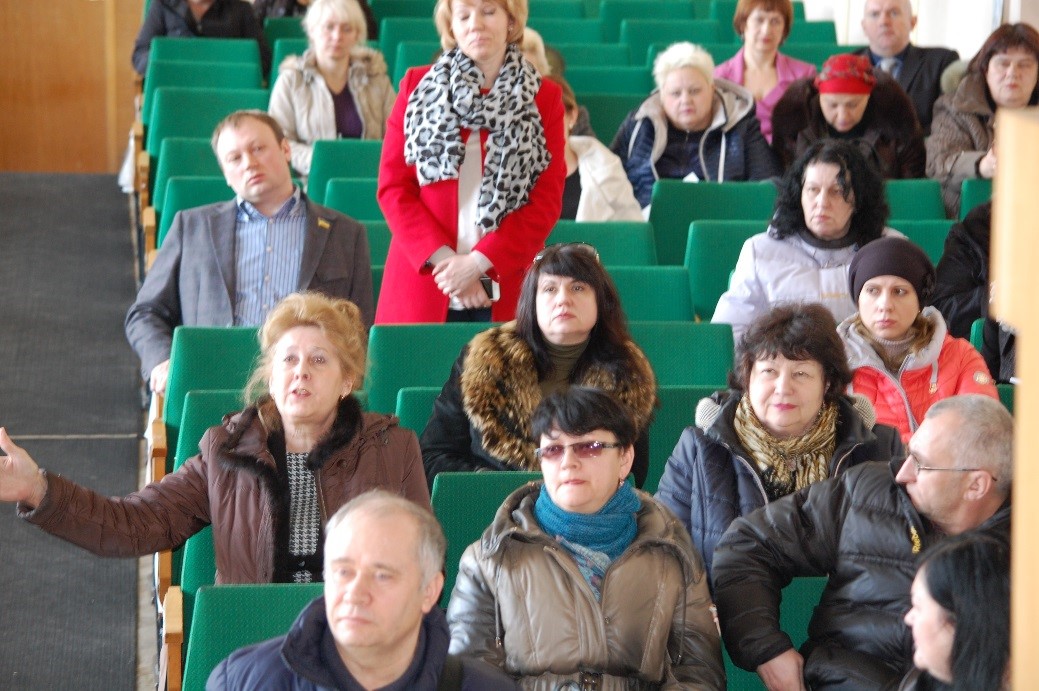 Similarly, in Mariupol, many citizens, as a result of their previous displacement, appreciated how other local governments in Ukraine have embraced and assisted in the creation of multi-apartment housing associations, and questioned Mariupol government’s misinformation about such associations.  As a result of IRI-facilitated public dialogues, where more than 260 citizens have participated in dialogues with their local government officials, citizens have formed a joint working group which includes members of the city council and executive committee as well as representatives from various political parties and civil society organizations. The group is tasked with developing a city charter that will address ways to encourage and require citizen engagement in government decision-making processes.

IRI has been working with local governments and citizens in the Donetsk oblast since 2006 and observes a discernable difference in citizens’ interactions with government authorities, with citizens now willing to question their government officials and demand more from their government based upon what they have observed elsewhere in Ukraine.