Civic Education in Sidi Bouzid on the Anniversary of Mohamed Bouazizi

It’s been a little over seven years since a young man named Mohamed Bouazizi set himself on fire in front of the regional capital building in Sidi Bouzid, Tunisia.

Like Mohamed Bouazizi, most of the inhabitants of Sidi Bouzid lost hope for a better future long ago. Systematic marginalization and humiliation at the hands of the security apparatus led to Bouazizi’s desperate act of protest and fueled the uprising that followed.

While the toppling of Zine El Abidine Ben Ali’s corrupt regime and subsequent elections gave hope to many, expectations for a better life are challenged by economic and social barriers that plague interior regions like Sidi Bouzid. For many youth, risky and illegal economic migration to Europe, Libya, Iraq, and Syria has become more attractive than staying in Tunisia.

To mark the date, I sat down with members of a civil society organization in Sidi Bouzid called Smart Solutions, an IRI partner that works on human development, democratic governance, and civic and voter education throughout the rural and historically marginalized governorates of Sidi Bouzid and Kasserine. I asked Smart Solutions President, Hicham Amri, about the future of his country. I asked if everyone had lost hope and if people really believe that their participation cannot change the system. I asked if treacherous illegal migration, or even death, is better than life in Sidi Bouzid, then what is the point of wandering around trying to teach people about decentralization, convince them to vote, and to hold their officials accountable? Do they even listen?

He responded to my questions with a story about the women who clean the streets. After the revolution, the interim government needed quick stopgap measures to respond to the millions demanding jobs, freedom, and dignity. One such measure was paying thousands in interior Sidi Bouzid three dollars and fifty cents (nine Dinars) per day for menial manual labor, including street cleaning, construction, and landscaping. In many cases, this can be enough to keep bread on the table. Through this program, women were employed to sweep the streets of nearby towns. This program continues today and employs around 15,000 women in Sidi Bouzid and Kasserine.

Tapping into this expansive network, Smart Solutions saw an opportunity to reach thousands of people with a simple message: your vote is your power, you don’t lose anything by voting and you can make life better. In early August, days before voter registration for nationwide municipal elections closed, Smart Solutions, with support from IRI in the form of a subgrant, organized a workshop with 25 of these women in the small, rural town of Sabella, Sidi Bouzid. The theme of the workshop was “What Would You Do as Mayor?” This question was used to introduce the role of the municipal government, it’s powers, and its responsibilities to citizens. Employing advocacy techniques developed with IRI, Smart Solutions used the workshop as a first step to understanding the participants’ viewpoints and opinions on civic life as a foundation for building strategies to teach people from similar backgrounds about citizenship and local governance.

What they found was encouraging. Overall, the women were optimistic for the future and yearned for a better life for their children, all of whom were unemployed or seasonally employed for meager wages.  Many of those in the workshop were already registered to vote. For those who were not, a regional election commission representative registered them on the spot.

After a lengthy discussion explaining how a strong municipal council could help with industrial growth, community partnerships, better infrastructure, and better opportunity, the women discussed their family members’ attitudes toward voting. Most of their children did not intend to vote, even if they were registered. However, through the workshop, Amri witnessed the participants begin to understand the importance of registering all eligible family members and ensuring they not only vote, but vote for the person with the best plan to improve the community and address their local needs. The women left the workshop feeling empowered, motivated, and excited about their power to hold municipal representatives accountable.

Since the workshop in May, Smart Solutions has held 20 similar civic education events in 13 marginalized communities in Sidi Bouzid, Kairouan, and Kasserine governorates, reaching more than 6,500 citizens. The feedback from that workshop formed the basis for future messaging strategies across the region.

Amri explained that individual stories defy the stereotypes of hopelessness and disaffection in Sidi Bouzid and remind him of how important it is to lay a foundation for a successful democracy. During a journey to the Sbeitla weekly market in Kasserine, Smart Solutions found people were overall receptive to their outreach and, while jaded by reality, interested in learning more about the decentralization of political power to the regions and democratic governance. Nearby, an old man stepped in to share some historical perspective on a young man’s frustrations about the central government.

For centuries we fought colonialism. And eventually we got our independence. Then we got a dictator. We overthrew him too. Now we need democracy. Now is your time, young man. I’ve overthrown colonists and dislodged dictators. What are you going to do?

Bouazizi’s martyrdom reminds us that while much has changed since the 2011 uprising, much work remains. Youth need inspiration. They need to know there are others who believe in the possibility of a democratic country with accountable governance. Groups like Smart Solutions are succeeding in changing perceptions by going to the most desperate places in Tunisia and showing people that the fight is not over while teaching them basic concepts of democratic elections, citizenship, and upcoming decentralization.

Local elections will not solve all of Tunisia’s problems.  Addressing poverty, irregular migration, radicalization, underdevelopment, and other issues that plague the country will take decades.  But democratic elections and accountable local government can and must begin now as it is a critical piece of the puzzle. And while the most difficult work comes after elections, the women who sweep the streets are teaching their sons and daughters about the concepts of government accountability and the older men in Sbeitla push young people to keep working for the future of the country now.

IRI’s technical and financial assistance to Smart Solutions and other associations around Tunisia working on these issues is helping prepare citizens to realize the collective dream of a democratic society. There is much working against them. But progress cannot be made without a civically educated citizenry who exercise their newly found freedom to forge a democratic society. 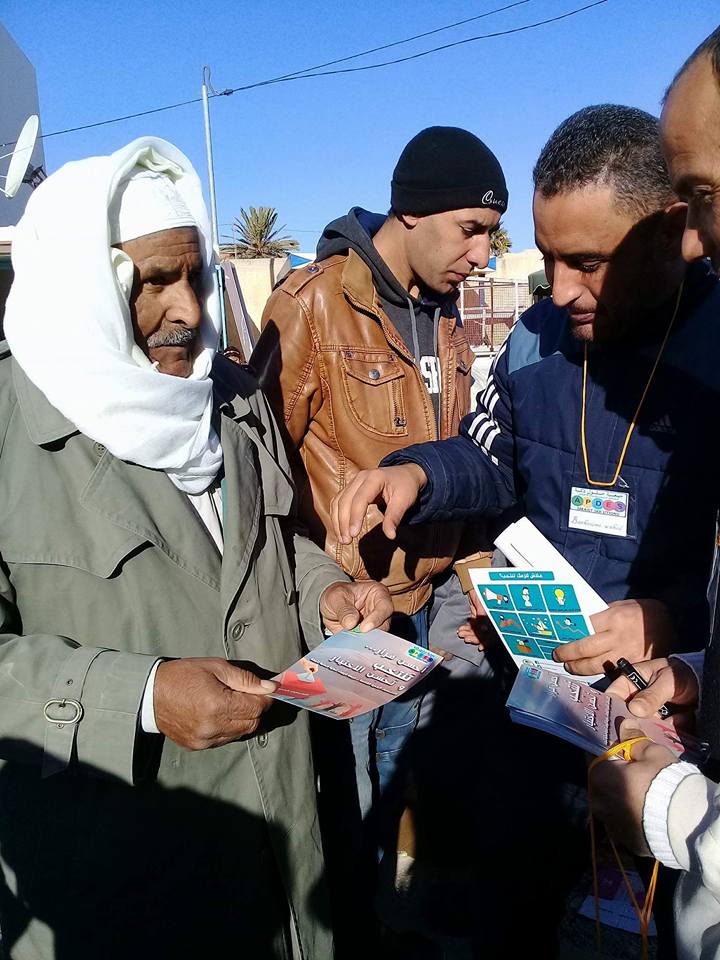