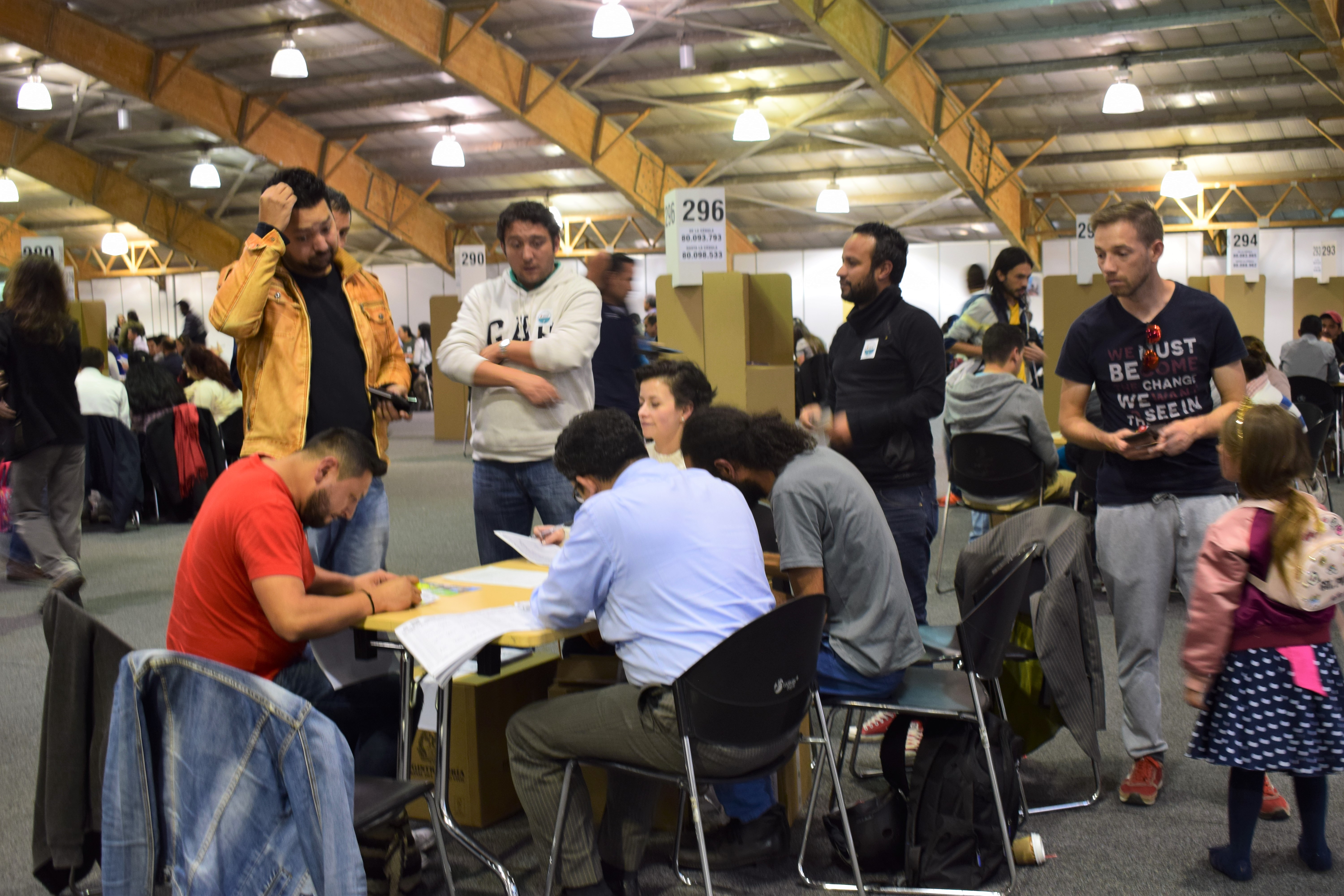 Despite a fragile post-conflict environment around the election, analysts and media alike have praised it as a peaceful, fair, efficient, transparent and open. Moreover, before the May 27 elections, all candidates participated in presidential debates, giving citizens and media an opportunity to engage directly with them. The election was a litmus test for Colombia’s ongoing peace process. More than 19 million Colombians went to the polls this past Sunday to vote for a president based mostly on candidates’ promises regarding peace accord implementation. Despite this historic turnout, however, no candidate received more than 50 percent required by law. Colombians will be heading back to the polls for a runoff election on June 17 for what is expected to be a second peaceful round.

The two candidates going to the second round of presidential elections are former Senator Iván Duque for the Democratic Center party and former Bogotá Mayor Gustavo Petro from the Social Inclusion for Peace party. Duque, considered by many a protégé of former Colombian president Alvaro Uribe, ran a campaign critical of many aspects of the peace accord, promising to improve the economy, and strongly condemning the Venezuelan government. He obtained around 39 percent of the vote. On the other hand, Gustavo Petro, a former member of the M-19 guerrilla group who ran a campaign criticizing the multinational mining companies operating in Colombia, received around 25 percent of the vote. These candidates reflect the degree of political polarization in Colombia, much of it stemming from the 2016 plebiscite on the peace accord. Duque represents right and center-right constituencies that want harsher punishments for guerrillas. Petro promotes a left and center-left vision of social spending and national sovereignty. The “Yes” camp generally supported Petro while the “No” backed Duque. And now, Sergio Fajardo the third-place candidate, and a mathematician and former mayor of Medellín, declared that he would vote blank in the second round.  Although we cannot say which candidate Fajardo’s 4.5 million voters will support, they will certainly be key in the second round. 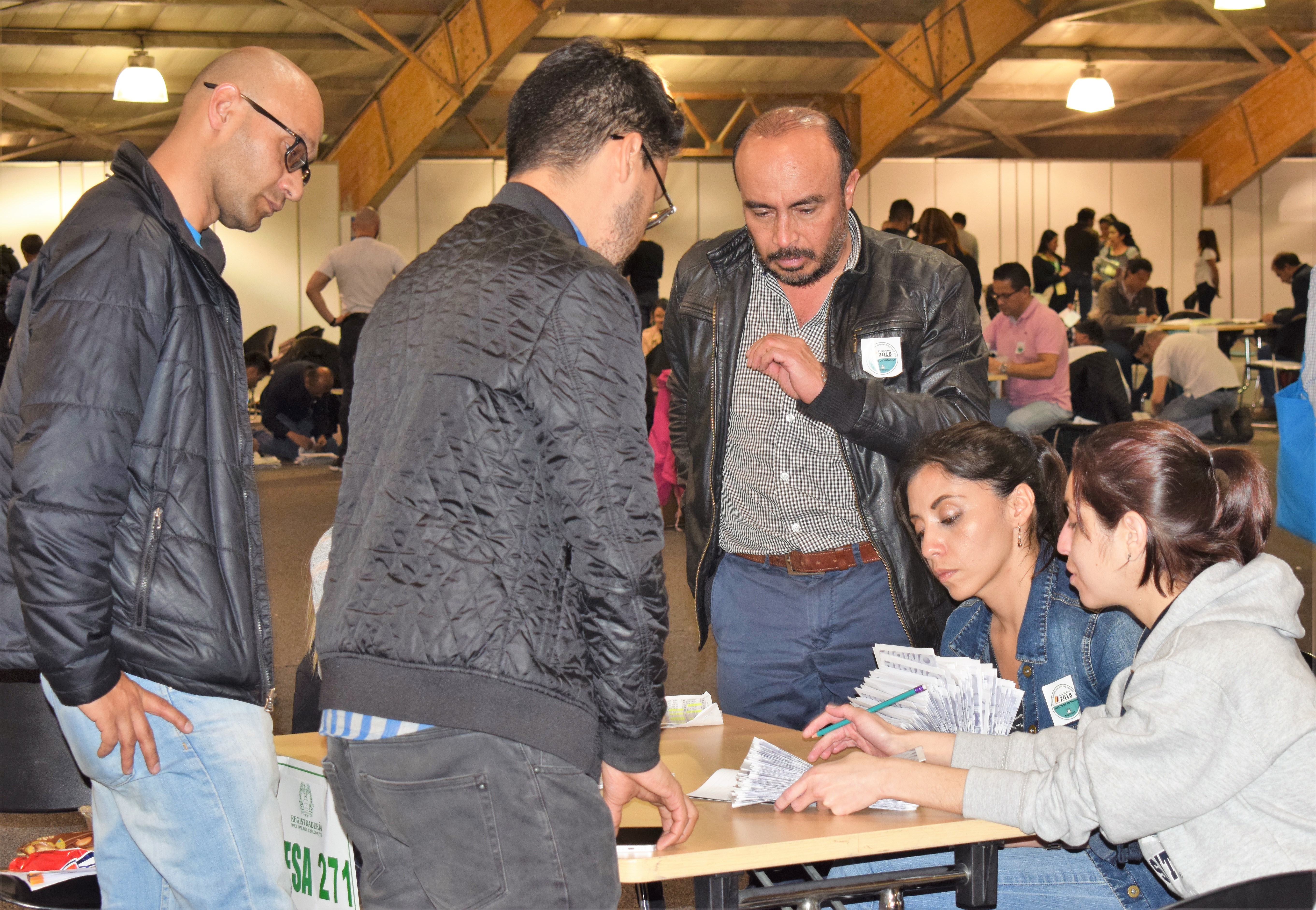 Colombians will have a clear ideological choice during the second round, something that they have lacked as the political arena has been dominated for a long time by candidates from the center-right. Regardless of the outcome, and for the first time in its history, Colombia will have its first woman vice president. Duque’s running mate is former defense minister Marta Lucía Ramírez, and Petro’s is congresswoman Angela María Robledo.  The winner of this election could be perceived as a polarizing figure and will represent a break with President Santos’ administration who currently has a 15 percent approval rate.  The new president will need to speed up a slow peace implementation process or remedy its defects while spurring rural development and helping the nation heal scars from the 50-year brutal conflict.

In many ways, the 2018 presidential election highlights Colombia’s democratic resiliency. But challenges remain, like the fastest coca cultivation and drug trafficking growing rate over the past two decades, rampant corruption, and the migration crisis from Venezuela now propelling hundreds of thousands of refugees into Colombia. The new presidential period will be key for the United States to engage with Colombia. As the government places a high priority on implementing the peace accords, it is important to not forget other challenges. A new relationship with former conflict zones, rural development, and pursuing a new economic growth agenda should not be neglected.