Colombia’s Youth Weigh in on Peace Accord Implementation

After the “no vote” prevailed in last October’s plebiscite, thousands of Colombians—including a large number of young people—took to the streets in Bogotá and other major cities calling to continue peace negotiations between the Colombian government and FARC guerrillas.

As a result, the accord was renegotiated and the Congress approved it. However, doubts about many aspects continued to exist.

Because of the strong interest showed by young Colombians in the accord, IRI introduced a project to close the communications gap between government and citizens. In collaboration with the national youth organization OCASA, IRI reached out to local youth groups in five key departmental regions to designate youth change agents to engage in a national dialogue.

I was lucky enough to be on the ground to help facilitate and witness three workshops—in Valledupar, Santa Fé de Antioquia, and Villavicencio. I listened to young indigenous representatives from the Kankuamo community, youths who live on farms, victims of the armed conflict, law students, young social workers, and many more who reflect Colombia’s diverse population. Their stories revealed differing levels of knowledge of the now functioning peace process and its impact on their lives.

Many said they wanted to know more about what was contained in the peace deal.  Youth representatives from rural Santa Fé de Antioquia (northwest of Bogotá) were not familiar with the details and admitted that speaking about it openly could get them in trouble with a variety of armed groups still operating in their area.  Representatives from Meta Department (southeast of the capital) already knew a lot about the accord, including the location of nearby FARC demobilization zones and the government’s promised territorial development program still waiting to be implemented—a necessary component for developing markets and post-conflict employment. 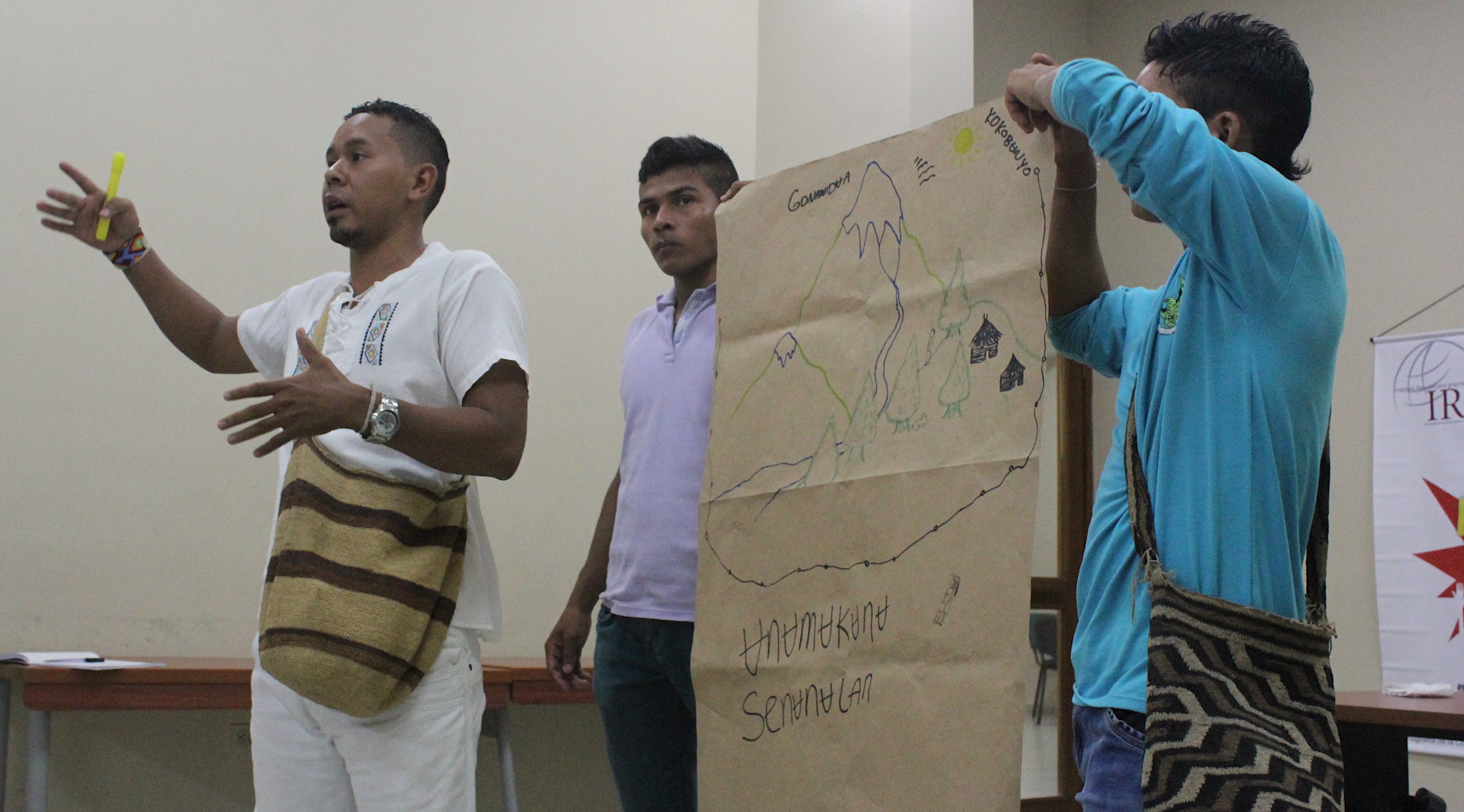 Groups in all three regions described governing authority as weak or absent in rural communities. They said the peace process looked too much like a national initiative with little local involvement. Part of the responsibility for implementing the accord is supposed to be in local hands, yet lacking budgetary authority and local autonomy, many municipal authorities have been reluctant to become engaged.

Partly as a result of the conflict, when many mayors and councils were driven out of communities by marauding armed bands such as the FARC, the national government continues to make most decisions for municipalities.  In the workshops, youth representatives said the time for that is over; local leaders, who are most in touch with local realities, need to do their part in supporting the process. And more, the national government needs to supply clear guidance and resources for them to be able to do that.

Regardless of backgrounds or what part of the country they came from, Colombia’s youth are coming together to advocate for a better and more peaceful Colombia. Their ideas and solutions should not be cast aside because of age. They want to see all Colombians working together to build peace throughout the country.