On March 30, 2019, Slovakia elected Zuzana Čaputová to be its new president, the first woman to hold the office. Čaputová, vice president of liberal centrist Progressive Slovakia party, claimed victory in the second round over Maroš Šefčovič, a veteran diplomat and vice president of the European Commission.

In the run-up to this election, the International Republican Institute’s (IRI) Beacon Project conducted online media monitoring to gain a comprehensive understanding of how presidential candidates were presented, and to detect any malign narratives or disinformation campaigns present.

In Slovakia’s 2011 national census, many citizens were unwilling to disclose their faith, marital status or nationality. This hesitancy is consistent with IRI’s own public opinion research that indicates Slovak citizens tend to be hesitant to name personal values and express opinions on what moral standards should prevail in their country.

Given this tendency, the Beacon Project monitored online discussions of how people describe the qualities of the ideal president, which values were discussed in relation to current presidential candidates, and which characteristics were highlighted as undesirable. Out of 1,094 election-related articles published by Slovak online media between March 15-18, (the first-round vote took place on March 16), 390 contained content related to the following keywords: values, family, democracy, community, Christianity, decency, and justice.

A majority of the 390 articles discussed the clash between Catholicism and Liberalism as the two prevailing values frameworks shaping the elections and tied presidential candidates to these values. Because Roman Catholics constitute 62 percent of the population in Slovakia and Catholicism also influences habits of the society, like traditional gender roles, it is no wonder that the Čaputová and Šefčovič campaigns both actively engaged with the topic of Christian values.

Šefčovič stressed his Catholic upbringing and determination to promote traditional Christian family values and warned that Čaputová’s liberal attitudes were not compatible with Christian ideals. Čaputová stated that she believes in Christian values like compassion and love for one’s neighbor. According to Čaputová, Christian values and liberal ideas are not mutually exclusive. For some, these claims strained credulity, given Čaputová’s open support for gay partnerships and Šefčovič’s membership in the Czechoslovak Communist Party, which persecuted religious practice from 1921 to its dissolution in 1990.

However, it would be a mistake to simplify these elections into a choice between Catholicism and Liberalism. Our media monitoring brought to light significant disunity within the Catholic Church. 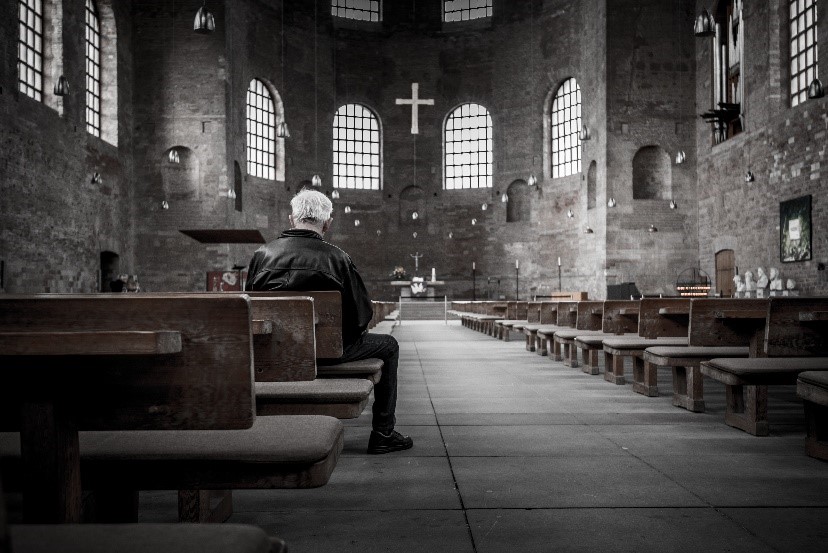 While Archbishop Ján Orosch accused Čaputová of undermining the traditional Slovak family and declared that support for her was a mortal sin, other Christians expressed frustration that some Slovak religious hard-liners chose to prioritize divisive social issues over more pressing matters, such as the rule of law and good governance.

Moreover, voices, both Catholic and non-Catholic, accused both candidates of being cut from the same liberal cloth despite how they presented themselves. This attitude was based on Šefčovič’s affiliation with the Party of European Socialists (PES), and both candidates’ pro-EU orientation. Some inferred from this a connection to advocacy for expanded migration and minority rights, which, would potentially threaten Slovak sovereignty and freedom to determine its own values. In their more extreme form these ideas appeared also in rhetoric of far-right parties. For example, unsuccessful candidate Štefan Harabin compared the first-round results with the Islamization of the Slovak Christian family and the demise of the state.

Another important topic in this election was change. Not only did the word ‘change’ appear in 402 out of 1,094 relevant articles, but it became a symbol for a value shift in Slovak society initiated during mass protests following the brutal murder of investigative journalist Jan Kuciak and his fiancée in 2018.

Thousands of Slovaks demonstrated in Bratislava and other European cities to make a political statement against “oligarchic, value-empty and cynical Slovakia” and for greater justice and integrity. While Šefčovič’s potential to be a change agent was often questioned, as a career diplomat, he epitomized the Slovak political establishment, many perceived that potential in the political rookie Čaputová, who previously stood up against oligarchic structures as a civic activist.

The need for change could possibly be a reason for the rise of extreme rhetoric among presidential candidates Marian Kotleba and Štefan Harabin and in the content of fake news, such as an anti-Semitic campaign targeting Čaputová.

As these examples show, online media discussants had no problem naming core Slovak values. Christianity, the traditional family and a strong state were most often mentioned as quintessential. But looking closer, it is hard to understand what these words mean in the everyday life of Slovak citizens and how they wish to see them translated into political action.

The presidential election shines a light on conflicts of followers of the Christian tradition in a secular state based on individual human rights. It also revealed how some people try to legitimize their extreme nationalist and racist views by casting them as Christian values.

Perhaps President-Elect Čaputová will drive further discussion about the meaning of these values and how to anchor them in everyday political practice. Until then, it can be expected that Slovak values will continue to be defined in online discussion by those with the loudest voices who espouse conspiracy narratives about imagined threats, and who evoke the greatest outrage.

Slovakia is not the only European country where Christian religion and Christian ethics shape the understanding of national values. As Beacon Project media monitoring indicated, discussions about the definition of traditional values are currently a relevant topic for the whole of Europe, especially in relation to the migration crisis agenda dominating 2019 European Election campaigns.

If national elites won’t engage in a serious public discussion, we could soon witness Russia trying to step in as a “protector of traditional values” as is the case of Serbia or Ukraine. In the IRI’s 2017 opinion poll, 41 percent of Slovaks consider Putin’s Russia to be a defender of Christendom, 37 percent of Slovaks agreed with a statement “Russia and Putin can be allies against an EU that is pushing us to abandon our values.”

It is obvious Christianity is still a powerful driver in European politics. What’s even more important, Christianity is a force which has both the ability to build and weaken the resilience of European societies. Searching for individual and national understanding of Christianity is therefore vital for their future.