Developing an EU-Wide Response to Disinformation

On March 13, 2019 the European Parliament (EP) adopted a report on EU strategic communication and propaganda from third countries, drafted on behalf of the Foreign Affairs Committee by MEP Anna Fotyga (ECR/Poland), one of the International Republican Institute’s (IRI) proud partners in its democracy work in the region.

In recent years, IRI’s Beacon Project has partnered with Fotyga on various occasions, with the most recent being a conference which brought together key experts on disinformation.

It is no surprise that countering disinformation is not a historically traditional area of IRI work. Broadly, IRI’s work has focused on helping citizens meaningfully engage in the political process around the world – primarily by working with political parties and civil society as the core building blocks of a democracy.

IRI’s goal in the Beacon Project is not to prevent disinformation from occurring – a laudable but impossible goal – nor is it to confront every instance of disinformation – though we work with partners who do just that.

IRI’s focus is on dismantling the underlying conditions that allow it to work. In the end, strengthening the institutions of democracy is the most effective way to prevent malign actors from using coercive tactics to determine the policy of nations over its voters. In the case of Fotyga’s report, IRI’s strength has been engaging policymakers, providing credible research, and helping to build a unified EU response to disinformation.

The report, which is a follow-up to Fotyga’s 2016 report of the same name, seeks to take stock of achievements, shortcomings and provide concrete recommendations to guide future action on the EU and Member-State level. Moreover, four key takeaways from the report further complement approaches advocated by the Beacon Project.

The report shows that, while it is essential to call out the perpetrators (including both domestic, and external actors) of disinformation and understand their strategies and tools, the primary focus should be building resilience of the targeted societies and institutions. In this regard, the report focuses more on concrete recommendations rather than targeting specific actors, such as Russia or Iran. Moreover, Beacon focuses the malign narratives and disinformation campaigns that exploit all too often genuine societal vulnerabilities.

As the report notes, ‘disinformation and propaganda thrive in a polarised environment.’

The report also warns against unnecessary regulation of social media, which can be interpreted as seeking to censor debate, arguing that ‘freedom of speech and expression as well as media pluralism are at the heart of resilient democratic societies, and provide the best safeguards against disinformation campaigns.’ In this regard, by contrast to the European Commission’s Action Plan on Disinformation, the report acknowledges the complexity of the phenomenon of disinformation and seeks to provide both short and long-term measures for addressing disinformation.

There is no silver bullet to addressing the broader phenomenon of disinformation.

For example, fact-checking is labor-intensive and does not address broader issues of people’s increasing distrust of mainstream media whom they perceive as biased. Moreover, neither the EU nor state actors are capable of finding the right solutions alone. Instead, there is a particular need to engage a broad coalition of actors, from EU-level and Member State institutions, political leaders and CSOs. In this spirit, IRI’s been building such coalitions across Europe since 2014, holding regular roundtables with political leaders and CSOs.

In 2018, together with the National Endowment for Democracy and two Polish partners (the Pulaski Foundation and the Centre for Disinformation and Propaganda Analysis), Beacon held a roundtable in Warsaw to encourage greater state-CSO cooperation in Poland, a first such dedicated meeting of its kind in Poland.

A response at the European level is important, but it must be complemented by action at the Member-State level. In this regard, there needs to be a sober assessment of actions that can be taken by the EU within its competencies, but also ensure that institutions addressing malign narratives and disinformation campaigns on both the European and Member State-level are democratically accountable.

Therefore, while IRI has successfully grown its Beacon Network of over 500 political and CSO leaders, further work needs to ensure adequate responses by individual European (Member and Non-Member) states.

In this spirit, the report notes that states still need to take additional ‘proactive measures’ and encourage the establishment of ‘permanent structures to identify, prevent and counteract disinformation.’

In all, the report represents an important milestone on the way European democracies response to malign narratives and disinformation campaigns. It highlights the importance of a comprehensive approach that addresses broader societal vulnerabilities and gaps in democratic governance, as well as building broad coalitions of political and CSO leaders.

Crucially, though, it highlights that accountability, open dialogue, and respect for fundamental freedoms must be at the heart of our responses against malign actors’ attempts to subvert democracies on both sides of the Atlantic. 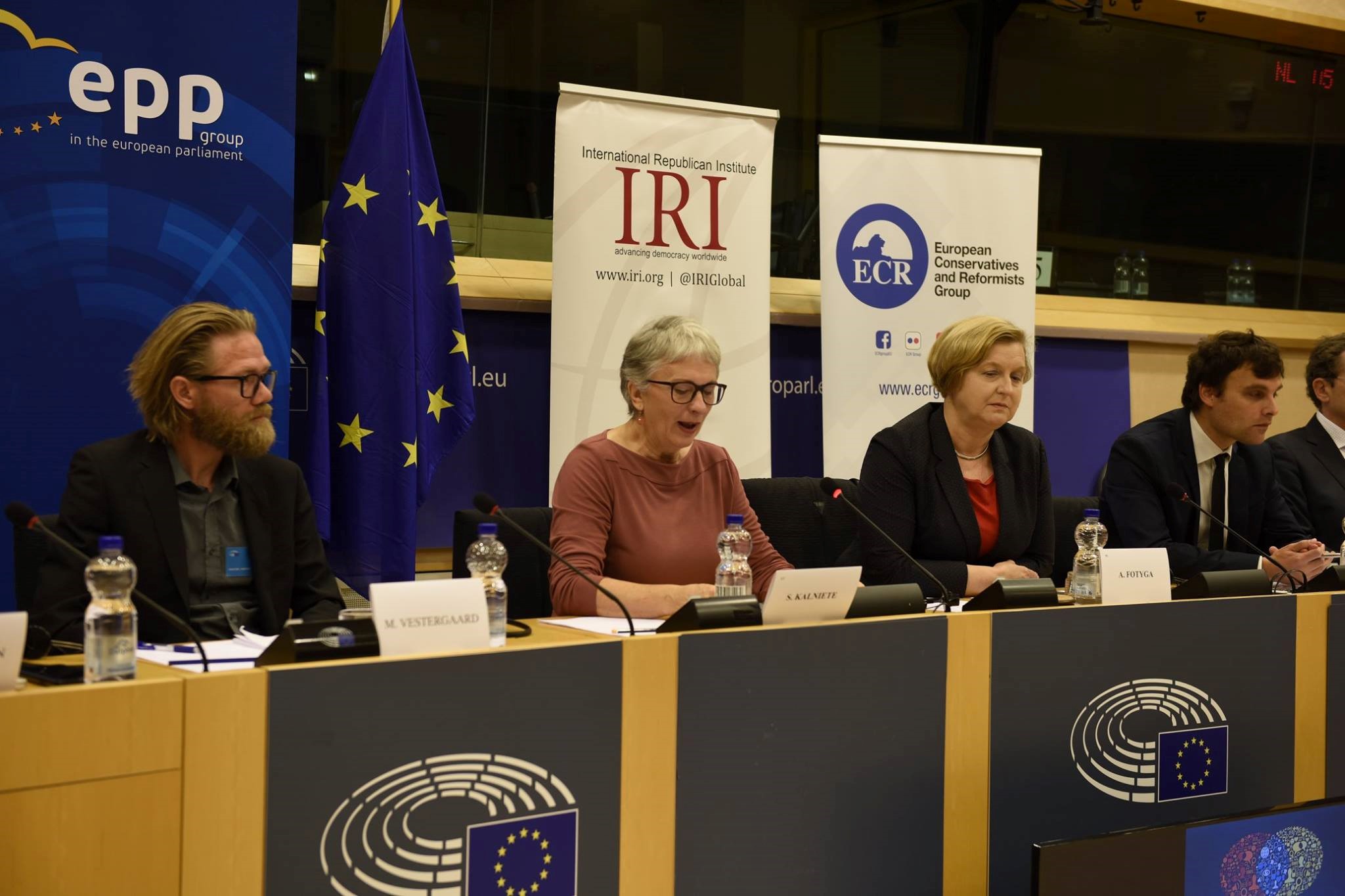