If you say the Tunisian Arabic phrase “Arjaa Ghoudwa,”  youth will give you a knowing look and understand immediately. Although it means “come back tomorrow,” which seems pretty innocuous, there is actually a deeper connotation.

As IRI works with youth around Tunisia through our civil society network Min Haqi Nsa’lak, I have spoken with youth on different challenges and more recently about how they want to launch their own projects or small businesses.  But when they go to the municipality to register, file paperwork or get information on what to do next, they are told by staff to “come back tomorrow.”  The insinuation is, “if you paid me a small bribe today, your paperwork could be done today.  If not, come back tomorrow.”

We know that corruption is an issue in Tunisia.  In IRI’s latest poll, 85 percent of respondents said fighting corruption was a very good way to improve the economy.  The survey also revealed that hospitals, a place where their family and friends are most vulnerable, are the number one place they experienced corruption.

We also know that corruption just doesn’t have to be experienced firsthand to have a negative effect. It can also happen to a friend or family member to create an impact, and this is having a devastating impact. It is quite possible that an entire generation could grow up thinking success is unattainable.  Imagine if we can help Tunisian youth to not perceive the injustice before it happens. This would allow youth to unleash their power and creativity to start new projects and businesses, helping the Tunisian economy move forward. And corruption doesn’t just affect the economy, IRI research shows that it is also one of the drivers for people to join violent extremist groups.

Thus, this is one of many reasons IRI signed a memorandum of understanding with the High Commission on the Fight Against Corruption.  Working with the Commission, we will carry out IRI’s unique Vulnerabilities to Corruption Assessment in the municipality of Manouba, a suburb of Tunis. This tool doesn’t “shame and blame,” but works with local communities to identify areas that corruption could occur in government processes and procedure. A perfect example would be identifying lack of transparency when registering a business or an absence of clear and published guidelines on the steps required. Once the cracks where corruption can squeeze through are identified, IRI will facilitate a dialogue between the government and community members to develop recommendations on how to mitigate that vulnerability.

The Prime Minister’s actions have garnered praise from citizens. Arresting high-level perpetrators is important. However, it is also urgent to address corruption in people’s everyday lives. By working with the Commission at the local level, we hope to address the corruption that affects ordinary Tunisians day-to-day.  This will help citizens see the benefits of this very difficult transition to democracy and keep Tunisia stable and more prosperous. As the only success story from the Arab Spring, it is not just in the interest of the United States but the rest of the world that Tunisia continues to consolidate democratic gains that were started with its revolution six years ago. 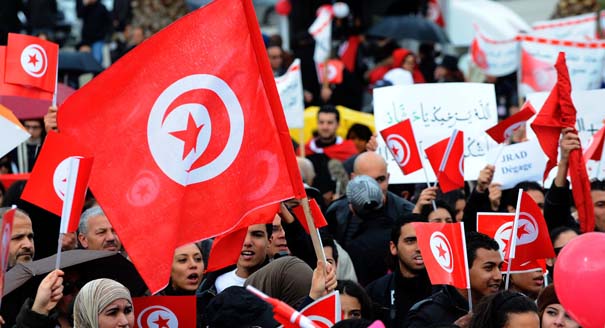