After enduring a long occupation by the Soviet Union, Estonians peacefully protested and eventually gained their independence in 1991.  They were hungry for democracy and developed an inclusive constitution that sought to represent citizens in government and drive the Estonian economy forward.  Perhaps perfect timing to test e-Governance, the young democracy grew at a time where technology rapidly developed and the internet age was born.

Twenty-six years later Estonia is a world leader in providing citizen access to the government in an easy, user-friendly way. In fact, 99 percent of Estonia’s government services are accessible through a mobile device and an internet connection and has incorporated various online platforms and tools for including citizens in every facet of their government.

Not only a tool for citizen inclusion, Estonia has moved its central government functions online with such innovations as an e-Cabinet where the Prime Minister’s cabinet can easily communicate and make important decisions without needing to convene in emergency circumstances.  The 2016 United Nations e-Government Survey ranks Estonia at 22nd for e-Government capacity and has utilized Estonia as a study for best practices.

For the past 15 years, Estonia has been developing and utilizing a variety of tools meant to open the government to all citizens and provide opportunities for citizens to directly engage with their government.  From smart police cars to e-identities and online voting, Estonia has revolutionized the ways in which a government can use the age of the internet to its advantage.  As a result, Estonia is a leader in transparency and accessible government, and an excellent role model for other developing democracies.

Which is why IRI, an implementer of the House Democracy Partnership (HDP), facilitated seminars and workshops last week in Estonia for members of parliament and technical staff from Burma, Macedonia, Indonesia and Sri Lanka.  HDP is a commission of the U.S. House of Representatives focused on peer to peer engagement with democratic legislatures around the world, and so the United States was also represented by Samantha Schifrin, Legislative Assistant to HDP Ranking Member David Price (D-NC).  The four countries convening with the US in Tallinn all exhibit basic e-Governance programs, have the desire to expand their e-Governance programs or have the opportunity to incorporate them into their young legislatures and government.  The timing is right for each of these delegations to experience the tried, true and successful model of e-Governance in Estonia and return to their countries with new ideas for incorporating citizens into their government and keep them informed

Delegates participated in three separate seminars, all with a unique take on e-Governance.  The intention of the three seminars was to show that e-Governance doesn’t necessarily require large-scale changes, but can instead occur over time with small changes to current processes.  The first part of the program, provided access to the Estonian Parliament and Government to see first-hand how legislation can create e-Governance initiatives and how e-Governance can reduce waste and time consuming processes within the government.  Hands-on demonstrations and workshops showed how practical applications of technology within a government can greatly impact the lives of its citizens.  E-Police systems were on display to show how innovative technology is ensuring a high level of national security for its citizens. A tutorial on how an e-Business platform used by Estonian citizens to create and incorporate a business in a matter of minutes showed how e-Governance can open and grow a nation’s economy.

e-Governance is a 21st Century way to grow economies, ensure citizen security and strengthen legislatures.   In an age where news goes viral in a matter of seconds and citizens demand more access to the government, last week will hopefully provide the tools and resources for our delegates to incorporate e-Governance in their democracies. 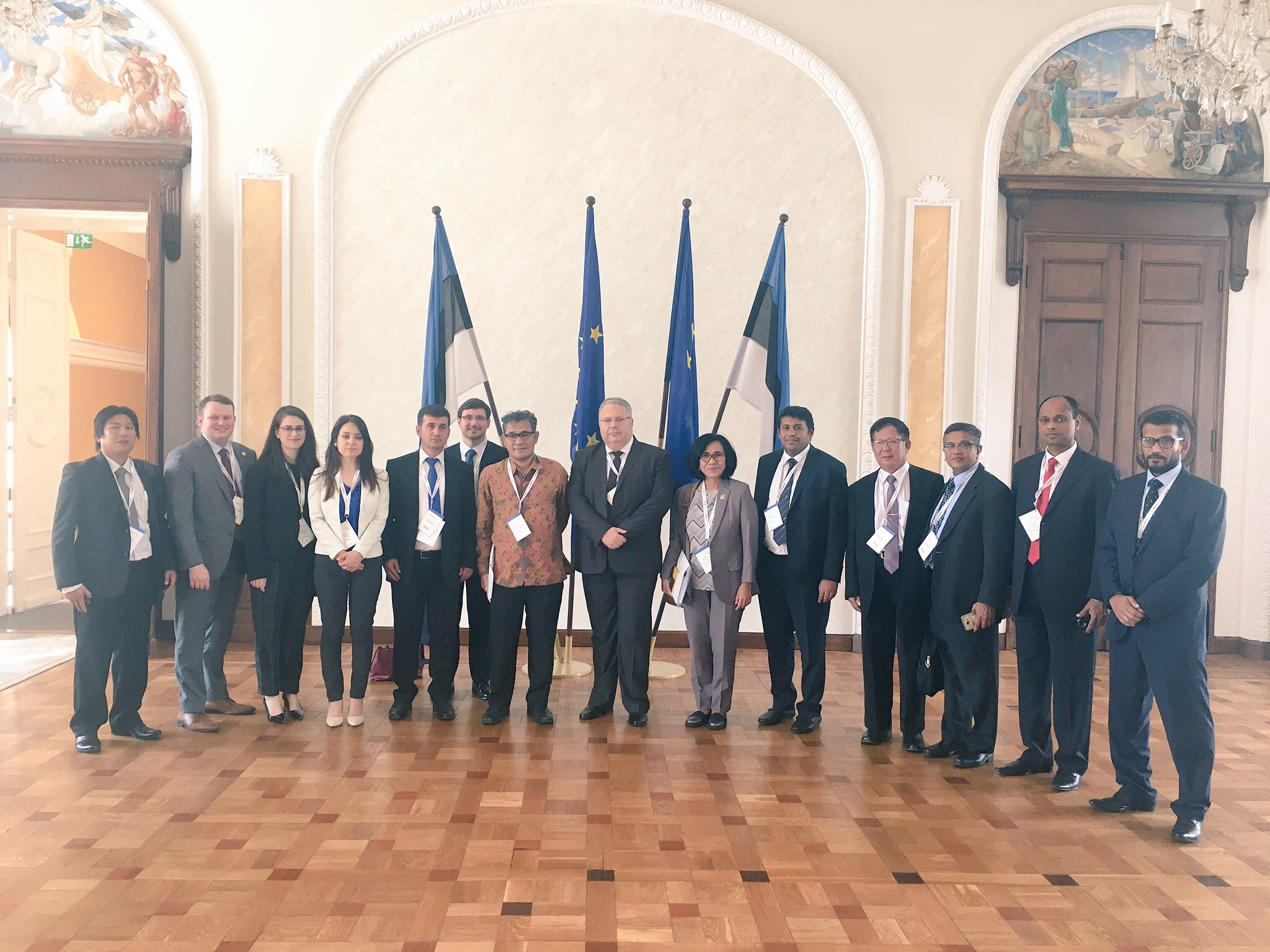