Empowering Active Women on the Local Level in Georgia

Underrepresentation of women in politics is not a new issue since Georgia’s independence from the Soviet Union. Since 1998, the International Republican Institute (IRI) has been working on increasing women’s political participation through strengthening women’s wings of various political parties and helping establish women’s organizations.

While 52 percent of Georgian voters are women, they represent only 15 percent of the seats in Parliament.  Also, in the 2017 Municipal Elections only 13.5 percent of those elected were women, and of the 64 elected mayors, only one is a woman. With this, one has to wonder if gender equality issues, such as domestic violence, sexual harassment, unequal pay, maternity leave, just to name a few, are getting proper attention.  Low representation of women puts their ability to make their voices heard at risk.

IRI strongly believes the increased number of women in politics depends on their empowerment. Therefore, helping to acquire necessary leadership skills and making them more active is a crucial component. This will set role models for other women in politics or the others willing to join and contribute to shattering the stereotype of politics not being a woman’s job. 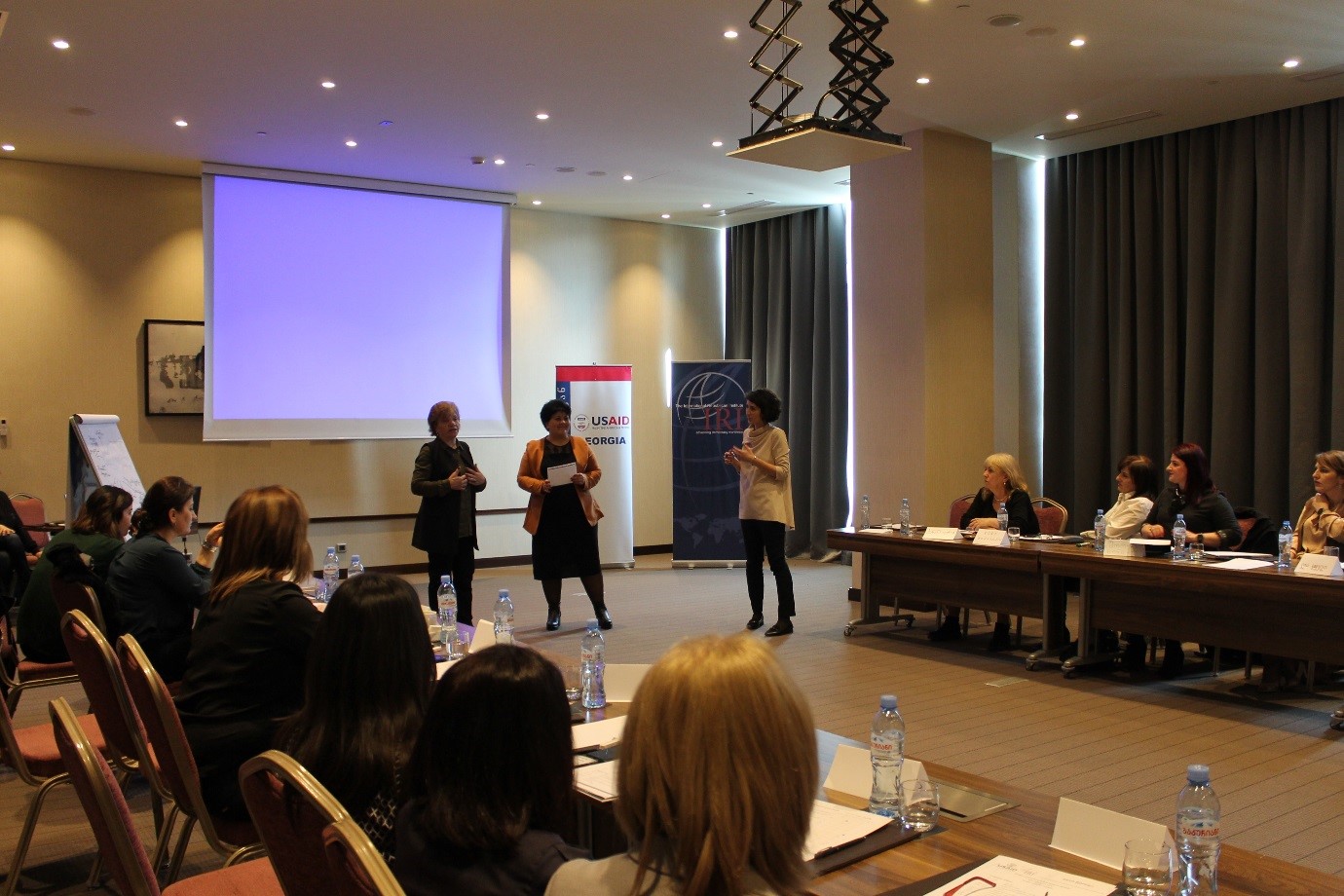 To achieve this IRI started a new women’s empowerment project after the 2017 municipal elections. At the local level, IRI Georgia is conducting a series of trainings for politically active and local women councilmembers from three regions of Georgia, encompassing 16 municipalities. The goal of the project is to empower women to become more active in their community and identify and solve local gender-related issues.

The project is divided into three sets of trainings. First, women participants from diverse party backgrounds and political affiliations come together to learn about their major responsibilities and duties as local councilmembers and work on leadership skills. Together with IRI staff and an invited expert, participants work on identifying the most pressing issues in their municipalities and brainstorm ideas on how to fix these problems.

During the second and third sets of the trainings, participants will be drafting their ideas and turning them into multi-step projects. While working on the projects, the women will gain knowledge in lobbying and advocacy. At the end of the year, a final conference will take place bringing all these women together to display their achievements and to talk about what made their ideas turn into reality.

The participants have just completed the first stage of the training. They are enthusiastic about concurring the challenges ahead of them and have demonstrated intense motivation, which is a crucial trait for achieving success in the work that lies ahead of them. The newly elected women members of the local councils are learning about putting their professional skills into practice ensuring their active participation in the decision-making processes beyond their time working with IRI.