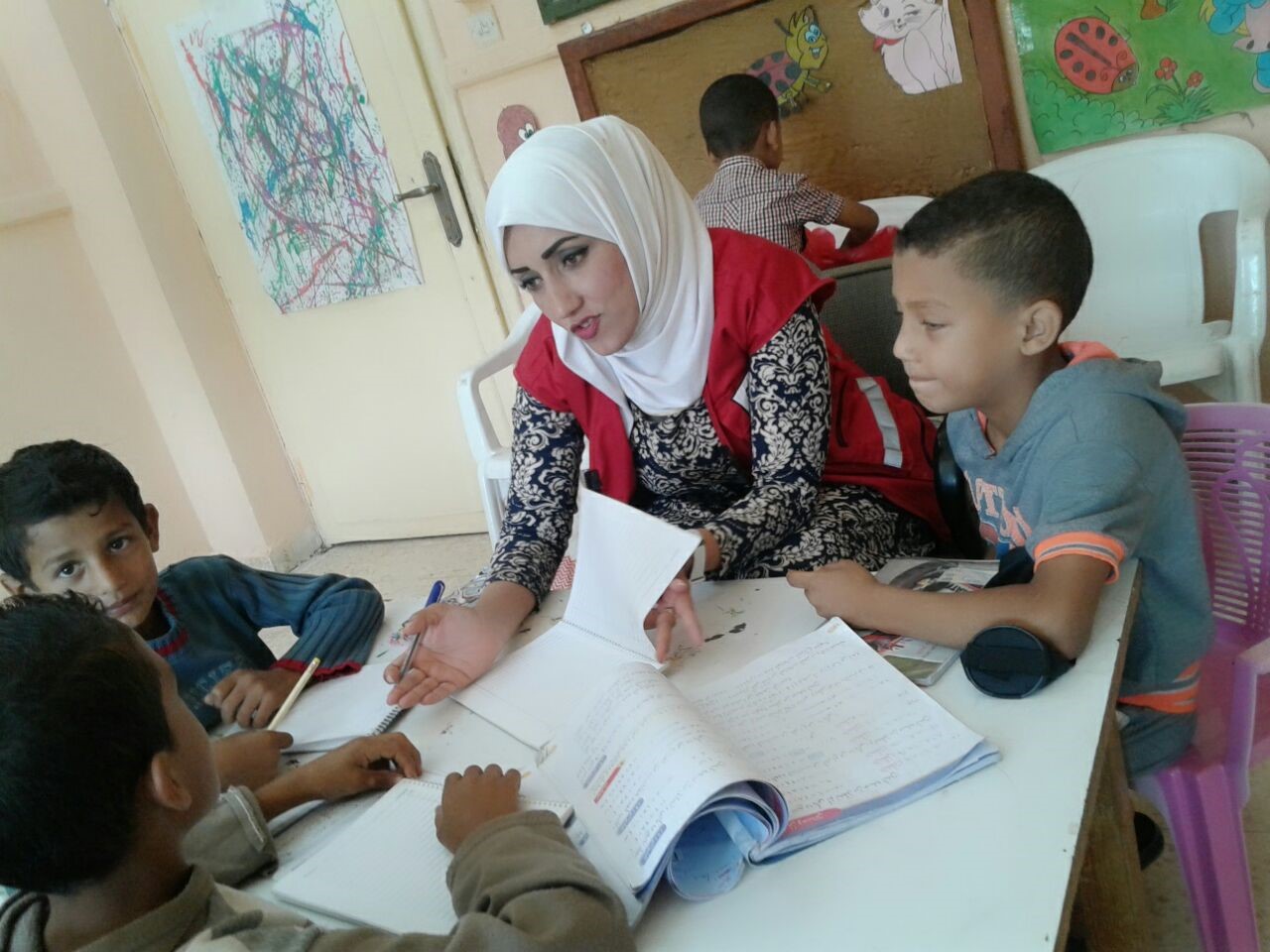 “The program helped me a lot! First and foremost, in my daily life among family members, I feel like I can speak up and contribute to discussions,” Dina says. Shortly after graduating from the program, she became more involved in community activities carried out by international organizations and local associations. For instance, she joined the Jordan National Red Crescent Society as a volunteer to assist children with physical exercises, and supports them while they complete their homework to ensure they have a positive learning experience at school. Dina also helps in the implementation of the “I have a story” campaign (launched by CARE in collaboration with Independent Television Services) that aims to raise awareness about gender-based violence through documentary screenings and discussion sessions for women. As part of UNICEF’s “Makani” (“My Space” in Arabic) project, Dina now works for the Jordanian Hashemite Fund as an Arabic language teacher for a group of children.

“The fact that I know that what I say can have an impact is in itself, a success. I can contribute to change because my voice is being heard.” She says that she has felt a significant change in people’s attitudes towards her, especially since many of her peers now seek her advice and listen to her opinion. “The best thing about the program is that it supports women to overcome and break the social barriers that prevent us from participating in civic activities.”

Through the Empower program, “we also learned what our civic obligations are, and what we should expect from our local officials,” she says. She feels self-assured discussing issues with the mayor and municipal councilors of Tabaqet Fahel municipality. Furthermore, Dina has joined IRI’s Citizen Committee (local activists) in her city, and has been actively involved in the collection of citizen surveys using IRI’s Baldytak (“Your Municipality” in Arabic) mobile app. She has participated in many of IRI’s local governance initiatives, including an initiative to improve street lighting in the city. “I am now able to go out, collect surveys from local residents, and listen to people’s opinions and concerns. It is a truly rewarding feeling of empowerment and accomplishment.”