In 1960, the island nation of Sri Lanka made history when Sirimavo Bandaranaike became the world’s first female prime minister. Despite this achievement towards women’s political empowerment, Sri Lanka still has one of the lowest percentages of female leaders in Southeast Asia.

Women’s representation in politics remains low at both the national and local levels. In 2017, only 13 out of 225 members (5.8 percent) of Sri Lanka’s national parliament were women, ranking the country 179 out of 190 for women in politics globally. On a local level, women made up a meager two percent of local government posts prior to elections in February 2018.

In 2016, Sri Lanka passed the “Local Authorities Elections Act No. 1” in an effort to address the under-representation of women at the local level. This act took effect with the local elections in 2018 and introduced a mandatory quota of at least 25 percent female officials on each local council. With the quota in place, the number of women in leadership roles increased from 89 to 2,300. The 2018 elections also saw the appointment of Sri Lanka’s first female mayor, Rosy Senanayake, in the capital.

These results represent an increase in female political engagement and further progress towards gender equality in Sri Lanka. But electing more women is only the first step to female citizen’s integration into all government levels—the challenge is to keep these women in office.

Across the globe, effectively implemented gender quotas have led to significant strides in female representation at the local and national level. For example, in 2014, Mexico implemented a law that mandated 50 percent of all political candidates from each party must be women. The recent July 2018 elections in Mexico demonstrated the striking effects of the law, resulting in 42.5 percent representation for women in the lower house of congress.

Sri Lanka is of strategic importance to the United States in the region. Under Chinese President Xi Jinping’s Belt and Road Initiative, China’s influence in Sri Lanka has grown, especially in the economic sector. Critics of China’s Belt and Road Initiative say that the program “amounts to a dept trap for vulnerable countries around the world, fueling corruption and autocratic behavior in struggling democracies.” However, to improve the function of its democracy, proactive steps must be taken to further female representation in Sri Lankan politics. Sri Lanka’s newly implemented gender quota is an important stepping stone towards gender parity in government.

In May, the Women’s Democracy Network (WDN) partnered with IRI Sri Lanka and the Federation of Sri Lankan Local Government Authorities (FSLGA) to develop the dynamic leadership skills of these newly elected local councilwomen. WDN supports female candidates and elected officials through trainings that equip them with the tools to become effective and sustainable leaders in their communities. 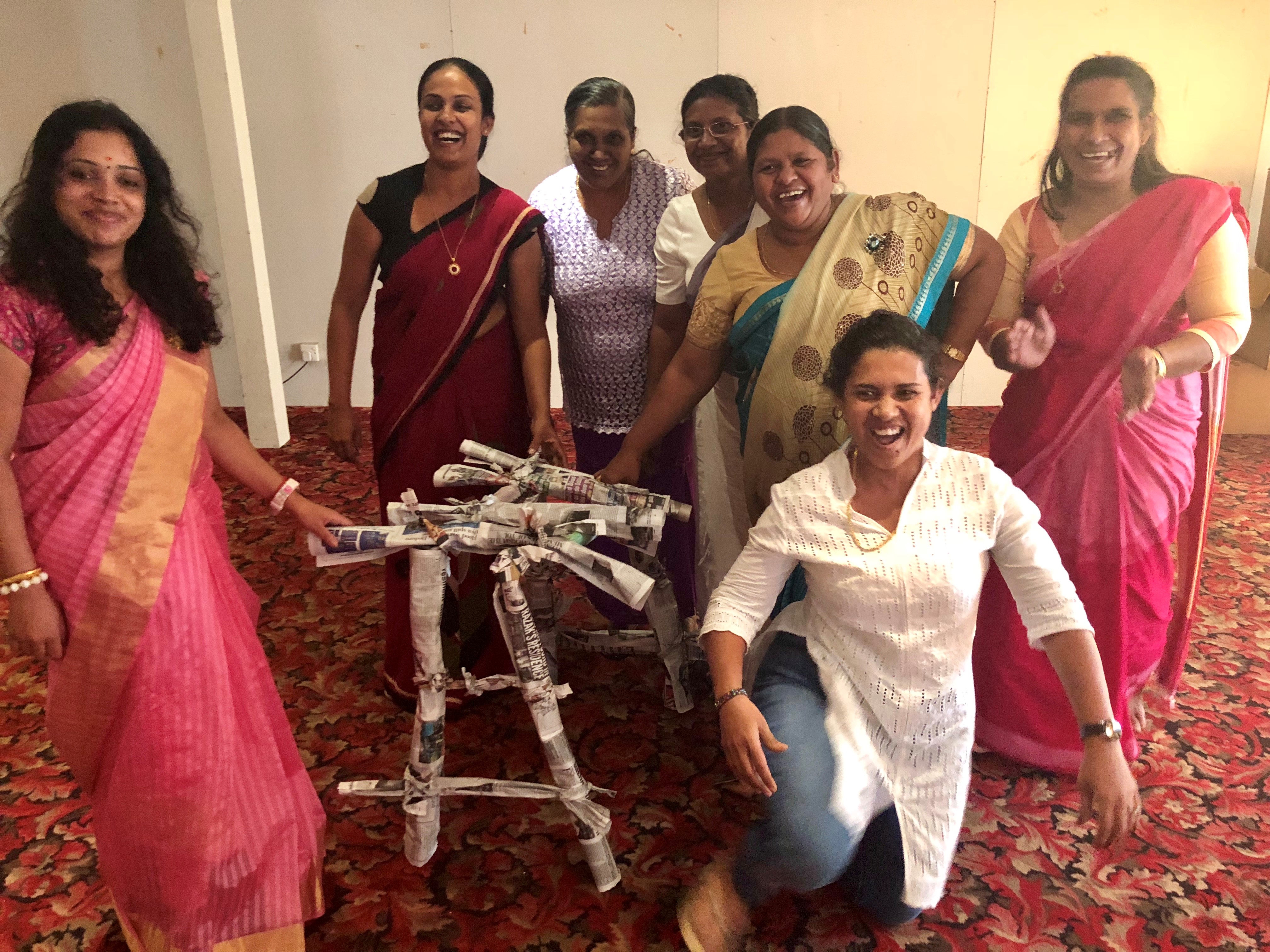 WDN’s training in Sri Lanka focused on three main areas of governing: developing an agenda, building a coalition and liaising with constituents. Local trainers also provided an overview of a councilor’s roles and responsibilities in the Sri Lankan context. The two-day training included sessions on communication and working across party lines. Participants engaged in interactive activities to increase their cooperation and practice their verbal and non-verbal communication. At the end of the second day, participants formed action plans to document the work that they want to do back in their communities.

The implementation of the 25 percent quota demonstrates an attempt to rewrite the false narrative that women cannot lead. But ultimately, it takes empowered women leaders to change perceptions. While in Sri Lanka, WDN also met with politically active young women entrepreneurs and businesswomen to learn more about barriers to empowerment that women are facing and other efforts that are being made to overcome those barriers. When it came to gender quotas, they told us the public view is dependent on women effectively demonstrating their impact in these elected positions. The 2,300 local councilwomen are ultimately responsible for the future enforcement of the gender quota and its introduction at the national level. WDN is committed to helping these women achieve that goal.

With more female voices at play, outdated stereotypes about women’s inability to lead will continue to erode and the gap towards equal rights will continue to close. In Sri Lanka today, the next step is to mobilize and support female candidates and empower those already holding office.