IRI’s Young Women Lead! program brings together promising young Thai women to listen to the personal testimonials of inspiring women from Thailand and the wider international community who have broken through barriers associated with traditional gender stereotypes to flourish in their careers.

Like many places around the world, Thailand has long struggled to overcome issues related to gender inequality that have resulted from a historically embedded patriarchal social structure. Although the country has made efforts to integrate international principles of gender equality into national policies (for example, through the 2015 Gender Equality Act, which penalizes gender-based discrimination in almost all areas of Thai society), women continue to face daunting challenges related to the wage gap, and have limited access to high level positions both in politics and within the business community.

To address these challenges, IRI partnered with the U.S. Embassy in Bangkok and the Young Southeast Asian Leaders Initiative (YSEALI) network to pilot a six-part workshop series called Young Women Lead! (YWL!). YWL! brings together promising young Thai women in interactive workshops that explore the themes of women’s civic engagement and economic empowerment in Thailand. At each workshop, participants are given the chance to listen to the personal testimonials of inspiring women from Thailand and the wider international community who have broken through barriers associated with traditional gender stereotypes to flourish in their careers.

Every session features women from a particular job sector or background where women remain underrepresented or continue to face obstacles as a result of their gender (e.g., business, politics, athletics, entertainment, etc.), and following their presentations, participants are invited to ask the panelists questions about their experiences or for advice on topics related to the participants’ personal struggles. By giving young women the opportunity to interact with and learn from accomplished women leaders, YWL! equips participants with a better understanding of the skills they need to pursue greater leadership roles within their chosen fields, while also connecting them with a robust network of strong, likeminded women.

So far, IRI has held five of the six sessions (the sixth is slated to be held later this month). The most recent workshop, titled Women and Opportunity: The Role of Common Citizens in Social Development, was held in the northern city of Chiang Mai and co-hosted by the Department of Women’s Studies at Chiang Mai University and CSOs for Gender Equality, a local civil society organization. This session engaged more than 60 participants in an interactive forum that featured inspiring women activists who are fighting for the advancement of democracy in Thailand through advocacy related to greater rights for traditionally marginalized members of society.

Check out the below video from the forum to hear from three young participants who are fighting for change within their communities and calling for other young women to join them.

For updates on how the YWL! program is inspiring the next generation of women leaders in Thailand, please follow our Facebook page or on Twitter at #YWLThailand. 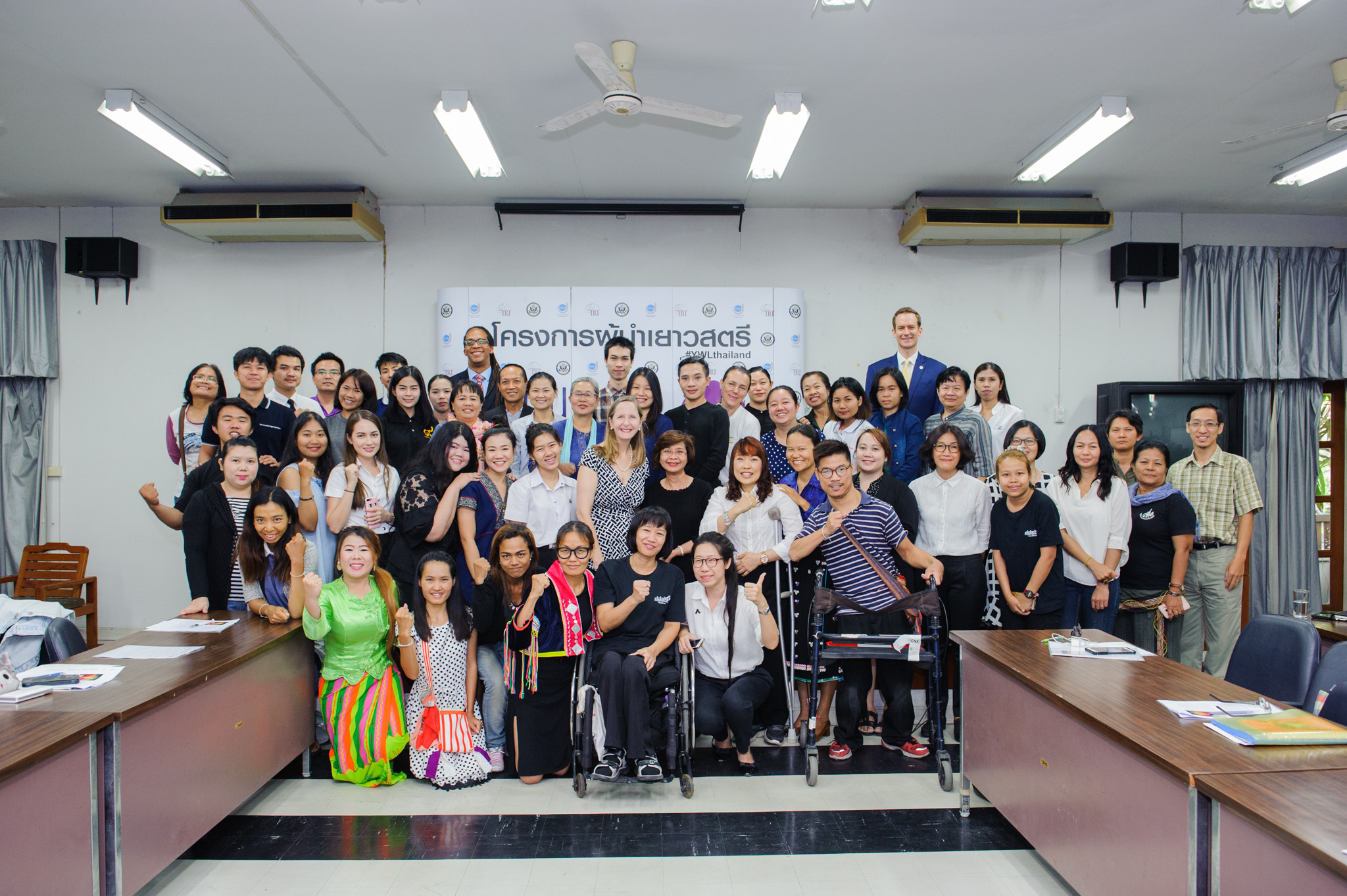