Uganda is increasingly closing the space for civil society and has historically marginalized youth from political participation. Its current president has been in power for over 30 years and is currently attempting to amend the constitution so he can run again in the next election.

Within this context which provides little opportunity for youth political participation, IRI is committed to supporting the development of the next generation of Ugandan leaders. One of its most successful programs for achieving this goal has been the Leadership Academy. The Academy was a joint venture of IRI and the Uganda Youth Network (UYONET) under the USAID-funded program, Political Competition and Consensus Building. IRI and UYONET came together with a vision to create a center of excellence, dedicated to nurturing transformative leadership. The program promotes leadership skills development through purposeful, tailored training. To date, the Leadership Academy has enrolled 224 students, of which 38 alumni competed in the 2016 national elections.

Iza Tikhan bin Ibrahim Sultan is one of those alumni who vied for an elected position in 2016, successfully becoming the Local Council V (LCV) District Councilor for Mukuno District with the Forum for Democratic Change (FDC) political party in Uganda. Iza Tikhan’s first introduction to IRI was through a training IRI conducted in Mokono prior to the 2016 Ugandan election. At the time, he was the youth chairperson for FDC in Mokono, and the youngest of eight people contesting for the LCV position in the district. However, two of his competitors were also youth, which meant that Iza Tikhan had to find a way to differentiate himself. Using the messaging techniques he learned at the IRI training, Iza Tikhan ran on a campaign of inclusion for women and persons with disabilities (PWDs), and ultimately won the election.

At the Academy, Iza Tikhan says that some of the most valuable skills he gained from were in conflict mitigation and resolution, as he has been able to use this knowledge to bring together members of different political parties in his community. He also continued to refine his knowledge of inclusion of traditionally marginalized groups at the Academy. As a result, he has organized three workshops for PWDs, orienting them on the roles and responsibilities of various leadership positions and encouraging the participants to vie for these positions. He also started an entrepreneurship program for women, youth and PWDs, which has had 120 beneficiaries to date. Through the program, the participants learn vocational skills such as soap making and baking; so far, 20 of the participants have used their newly-honed skills to start their own businesses.

Iza Tikhan’s political ambitions include running for the Mokono Member of Parliament in the next election. According to him, “It was IRI which groomed me to take up a leadership position and be a responsible leader.” In this way, IRI’s work to develop young, responsible leaders contributes to building a pipeline of future leaders in countries such as Uganda that have historically marginalized youth from leadership positions.

As a special focus, the Academy also seeks to increase the meaningful participation of women leaders and help them gain the skills needed to take on greater leadership roles in government, political parties and civil society. One of those young women leaders, Lynnet Nanyanjo, appears to have all the confidence in the world when she walks into a room. She is a member of Uganda’s People’s Progressive Party (PPP), and is currently the Chairperson of PPP’s youth league. But Lynnet admits that, while she always had plenty of ambition, she was scared to compete for a leadership position in her party prior to participating in IRI’s Leadership Academy.

At the Academy, Lynett had the opportunity to develop key leadership skills alongside her male counterparts, which made her realize her capabilities as a leader and gave her the confidence to compete in Uganda’s male-dominated political field. Since obtaining her leadership role in PPP, Lynett has been able to put the skills she learned at the Academy into practice. Most effective have been the skills she learned on how to achieve buy-in from more senior party members. Under her leadership, the PPP youth league has been significantly more successful than its predecessors. Lynett has been able to get involved in party-level decision-making, even having PPP add two youth leaders to the makeup of the executive board.

Lynett has also made sure to pass along everything she has learned to the next generation of Ugandan women politicians. On a monthly basis, she meets with 30 younger women in PPP to ensure they are aware of various leadership opportunities and to pass on the skills she learned at the Academy. By investing in one young leader, IRI has therefore started a chain reaction of leadership development. While Lynett was only elected in 2016, she already plans to step down after her five-year term because she believes in passing on the opportunity to another young leader.

In 10 years, Lynett sees herself as the East Africa Member of Parliament in the East African Community, the regional body that Uganda belongs to. She wants to work on women’s issues and promote women’s leadership. According to Lynett, it is not enough for women to simply hold seats; they need to speak out and be active participants in government. 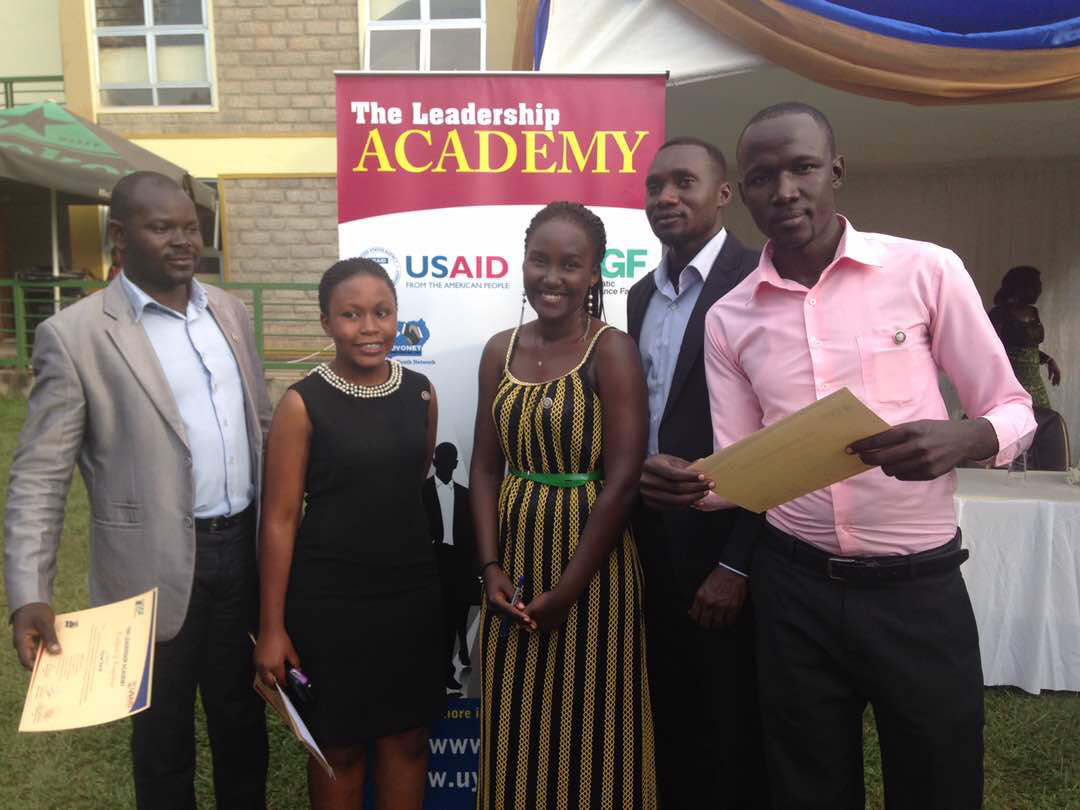