Fact or Fiction: 5 Points on What’s Happening in Venezuela

On February 2, Venezuelan citizens again took to the streets to protest Nicolas Maduro and reclaim their democracy. Although the situation is still developing, it is important to debunk some of the more popular myths circulating on Venezuela.

Fiction: This is a Coup – Maduro and his allies claim that Venezuela’s opposition, led by Juan Guaido, coordinated a “coup.”

The Truth: Guaido and the democratically elected National Assembly are upholding Venezuela’s constitution.

The unconstitutional National Constituent Assembly, a shadow legislature Maduro unilaterally established in 2017 to supersede the National Assembly, called for early presidential elections in May 2018. These elections not only broke with the constitutionally established electoral cycle, but Maduro’s allies in government banned many opposition leaders and parties from participating.

Venezuela’s democratic actors and international community deemed the election illegitimate, citing electoral inconsistencies and constitutional illegitimacy. This election failed to meet the constitution’s standards for free and fair elections, thereby invalidating Maduro’s claim to the 2019-2026 presidential term. Thus, according to the constitution, Maduro’s term ended January 10, 2019, and his permanence in power created a presidential usurpation.

Fiction: Juan Guaido Self-Declared Himself President – Maduro supporters argue that Guaido has no legal standing to serve as Interim President.

The Truth: Venezuela’s constitution mandates that Guaido must assume the role of Interim President.

According to Article 233 of the Venezuelan constitution, in the event of a presidential vacancy, the President of the National Assembly automatically takes charge as Interim President of Venezuela and must call for elections within 30 days.

No political party installed Guaido as Interim President – Venezuela’s constitution mandates that Guaido assume executive powers due to Maduro’s illegitimate re-election in May 2018. Guaido’s role is to guide a transitional government as Venezuela organizes new, legitimate presidential elections, not to serve a full term as president.

Fiction: This is a Right-Wing Takeover of Venezuela – Maduro has accused Guaido and the opposition of launching a right-wing effort to oust his government.

The Truth: The national and international actors supporting Guaido represent a variety of political ideologies.

The political opposition, comprised of a variety of political ideologies represented in the legitimate Venezuelan National Assembly, stand by Guaido. In fact, the Democratic Unity Roundtable (MUD), the opposition coalition that controls the National Assembly, is comprised of mostly left and center-left parties. Guaido himself belongs to Voluntad Popular (VP – Popular Will), a center-left social democratic political party. Citizens protesting Maduro and supporting Guaido across Venezuela and in the diaspora community fall across the political spectrum. Foreign governments and global leaders from across the political right and left have recognized Guaido’s constitutional mandate as Interim President and support his push for new elections.

Fiction: This is a US-Led Transition – Some international actors claim that the United States is organizing and leading this movement.

Although the international community is voicing support for the opposition and elections, this movement reflects the Venezuelan public’s frustration with Maduro and the efforts of an organized, strategic opposition.

Maduro’s allies fail to mention that the opposition is echoing citizens’ call for a resolution to Venezuela’s ongoing humanitarian crisis marred by an economic collapse and lack of food or basic supplies.

Furthermore, the Organization of American States, the Lima Group, several European states and other international actors have backed Juan Guaido’s call for a transitional government and free and fair elections – a clear blowback to the claim that this is led unilaterally by the United States. Claiming that this is U.S.-led dismisses the efforts from opposition politician and citizens to restore democracy in Venezuela, some of who have been struggling against growing authoritarianism for years.

Fiction: International Pressure will Harm the Venezuelan Citizens – Some international actors fear that recognizing Guaido as Interim President would throw Venezuela into an institutional crisis.

The Truth: Venezuelans have taken to the streets in support of Guaido and the constitution.

Venezuela has been in the midst of an economic and humanitarian crisis for years. Maduro and his populist predecessor Hugo Chavez crippled democratic institutions, civil society, and a free press long before January 23, 2019. Maduro has stacked public institutions with his allies, established the National Constituent Assembly to overshadow the opposition-controlled National Assembly, and silenced journalists throughout his presidency.

Maduro’s public and economic policies have plunged Venezuelans into poverty and hunger, eroding popular support for his presidency. Many recent protests have occurred in traditional Chavista strongholds joined protests in early February against Maduro, signaling that even Chavez’s most staunch supporters are losing faith in his successor.

This political moment is an authentic expression of the will of the Venezuelan people, led by democratic actors, struggling to overthrow a dictatorial regime that has crippled the country. Reporting and conversations about Venezuela need to remember these five truths to portray the movement accurately. The international community must support the efforts of the legitimately elected National Assembly to uphold the constitution and recognize Venezuelans’ call for democracy. 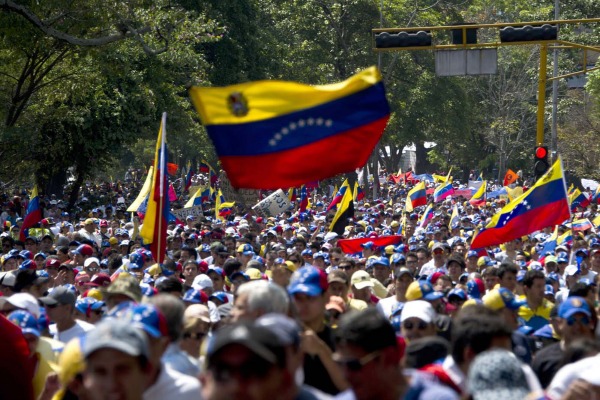