Corruption is one of the key inhibitors of democratic progress worldwide – undermining the rule of law and citizen trust in institutions. According to a recent poll conducted in North Macedonia, 27 percent of citizens think crime and corruption are the most important problems facing the country today. With support from IRI, North Macedonia is working to strengthen anticorruption laws, tools and institutions by learning from countries that have made progress on these issues.

In addition to these troubling figures, only 35 percent of citizens in North Macedonia trust the government, 31 percent trust parliament and a mere 29 percent trust political parties. In response to these worrying trends, IRI has tailored our programs in the country to focus on strengthening anticorruption efforts, transparency, accountability and behavioral changes which will result in institutions that can better hold the public trust and more ethical political representatives.

One such effort was the anti-corruption legislative study visit IRI organized in September 2019 with the Institute for Representative Government (IRG), a bipartisan, nonprofit organization that provides high-level, professional exchange programs for parliamentarians from developing democracies. The visit enabled 11 MPs from the legislatures of Albania, North Macedonia, Romania and Serbia to learn about the legislative tools used to promote anti-corruption, transparency, ethics, accountability and integrity in Washington, D.C. and Indianapolis, Indiana.

Recognizing that exchange visits often end once participants land back home, IRI wanted to make sure this mission has more long-term impact and the knowledge is shared across the parliament. On January 29, IRI facilitated the first-ever study visit debrief in the Parliament of North Macedonia for parliamentarians to share lessons learned from the legislative study visit.

As part of the discussion, IRI briefed the parliamentarians on U.S. ethical conduct, as guided by the Rules of the House of Representatives, the House Ethics Manual and the Ethics Code of Indiana. These documents have now become part of the parliament’s library and will assist Macedonian lawmakers in maintaining a government free from corruption.

The MPs found the debrief to be a useful exercise, and one that should be a standard practice following study visits. Kuzmanovska emphasized that this is important, because the knowledge MPs gained becomes part of “the institutional memory of the parliament.” Instituting this will ensure that the insights and knowledge gained through such exchanges are conveyed with other MPs and recorded in the archives of the parliament for future reference.

IRI Program and Finance Manager Marija Sazdevski pointed out that the parliament should look upon the examples from the U.S. and establish a department dedicated to the implementation of the Parliament’s Code of Ethics and thus elevate MPs’ ethical conduct. Standards for ethics and conduct require continuous work to address the changing circumstances in society and improve trust in institutions, especially given the low levels of trust in Parliament.

With IRI’s assistance, not only were a handful of MPs able to meet directly with U.S. representatives and staff, but they then shared those lessons with a broader pool of MPs and parliamentary staff and raised awareness of necessary anti-corruption and ethical norms. This diffusion of information ensures the valuable lessons learned from study trips do not remain siloed, but instead lead to a more informed parliamentary body. 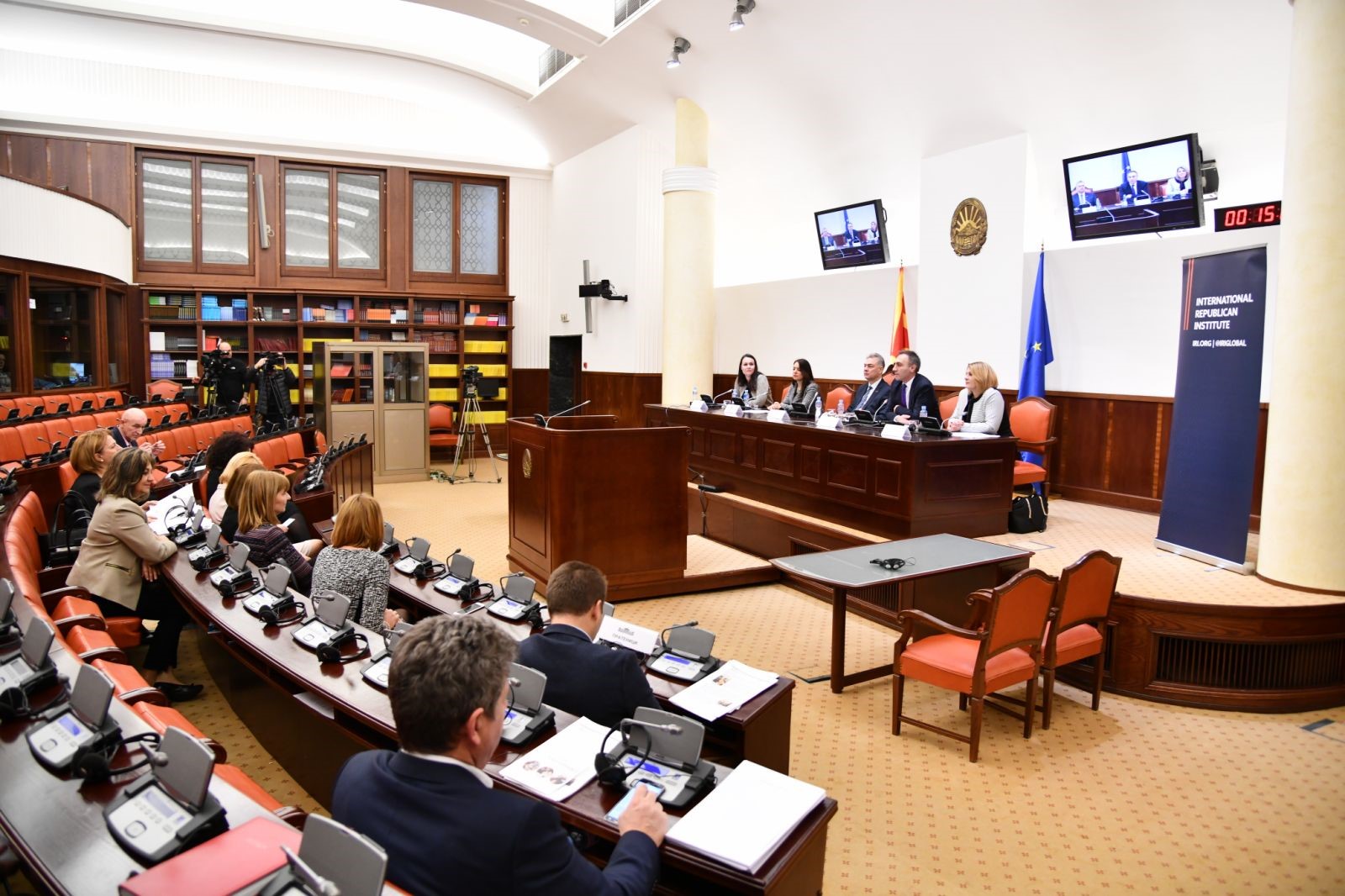