On Sunday, March 4, Salvadorans will go to the voting booth to elect mayors, municipal councils and deputies to the national legislative assembly. These elections are an important democratic moment for a nation confronting a number of significant challenges and opportunities – high rates of violence, a challenging economic environment, the ongoing fight against corruption, and an uncertain future as new U.S. migration rules may result in hundreds of thousands of Salvadorans returning to the country after decades living away. Here are the top five things that you should know about the election. 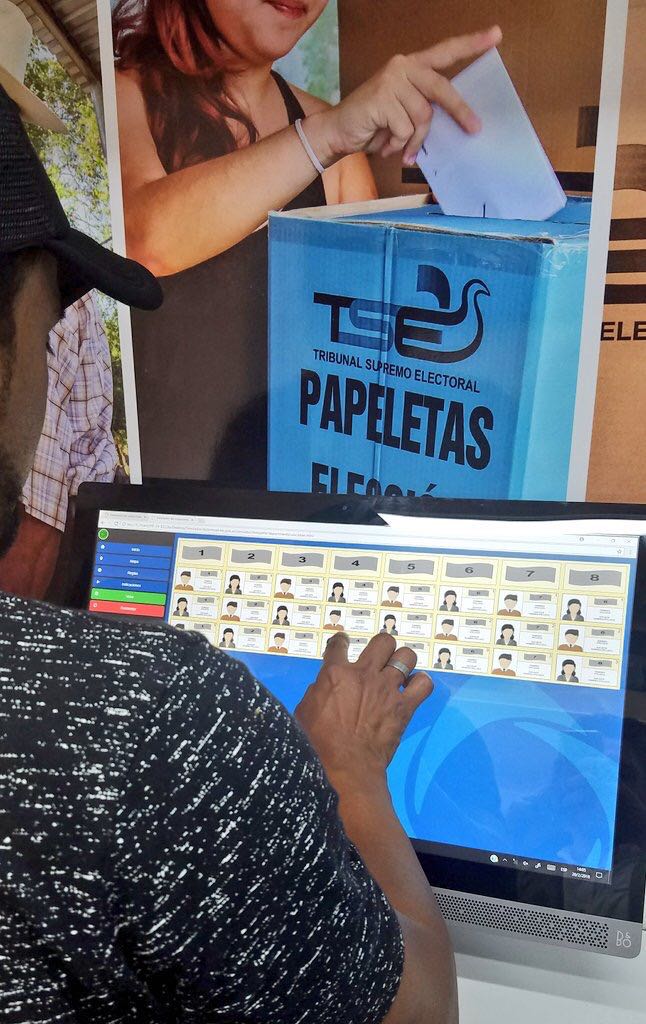 Historically, the local polling station boards, or juntas receptoras de voto (JRVs), have been staffed by volunteers from political parties. This year, for the first time, non-partisan individuals will operate the JRVs as part of broader efforts in El Salvador to separate political parties from the voting process. This is important as El Salvador makes strides to improve the partiality of the electoral process. This also presents a challenge to the Supreme Electoral Tribunal of El Salvador (Tribunal Supremo Electoral – TSE) as they are responsible for training and operating the JRVs for the first time. This is compounded by a shortfall in TSE funding this year. Throughout the pre-electoral process, many experts have this underfunding as one of the greatest challenges to the upcoming election. There are just under 50,000 Salvadorans who have been selected to serve on JRVs and the TSE has had to train all of them to cover 1,595 polling stations—no small or easy task. Election Day will serve as a test for whether the TSE was able to successfully implement an ambitious training schedule without the support of political parties for the first time. Notification of citizens selected to serve on JRVs was also a challenge this electoral season. Citizens were randomly chosen through the voter registry, in a process similar to that of jury selection in the United States. Some citizens were unaware of this new process and did not check if they were selected. IRI’s Vota Bus served as a unique opportunity for citizens to access an online platform to learn whether they had been selected to serve on a JRV and about how to vote.

When Salvadoran citizens arrive at their polling place on Sunday they will have two ballots – one for municipal positons and the other for legislative deputies. El Salvador has a proportional legislature – each state’s number of deputies corresponds to its population. Cuscutlán for example has three deputies while La Libertad has 10 and San Salvador has 24. Each citizen votes for all the deputies in his or her state. Parties nominate a list of candidates in their rank order after an internal party selection process. Results are calculated based on the percentage of the overall vote and parties place their candidates in seats based on the rank order of the ballot. For example, candidate in box one will be the first to receive a seat whereas candidate in position 24 will be the last. This means that unless a party wins 100 percent of the vote in the state, candidate number 24 will unlikely occupy a seat in the legislature. 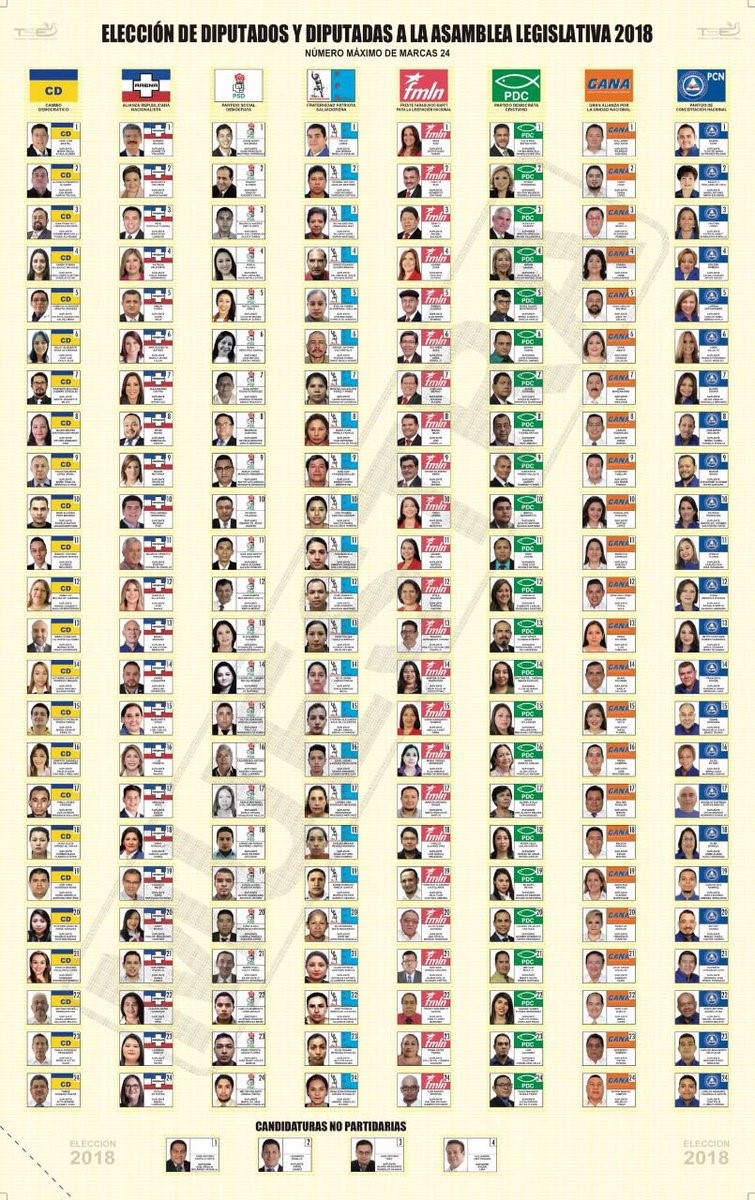 Voters can cast their vote in three ways. The first and most straightforward is to vote for a political party by marking their flag, accepting the party’s rank. The second way to cast a ballot with preference. Voters would mark a party, but then select their preferred candidates, thereby increasing those candidate’s rank in the party line. The third way to vote is cross ballot where voters mark up to the total number of seats in their state (24 in San Salvador). The trick here though is not to mark any party flag or to go over the number of seats, both of which would invalidate the ballot.

The legislative ballot has a list of all the candidates for each party including a photo and their name. This makes for a very big ballot in the states of La Libertad and San Salvador. San Salvador’s ballot, for example, has 196 faces including independent candidates. Voters who choose to cross vote cannot mark a political party flag and cannot vote for more than the number of seats for their state. Doing so will invalidate the ballot.

After all the votes are in on Saturday, each JRV will have to sort the votes based on the vote type. Then the votes are counted with each political party winning a fraction of the vote to determine the number of seats each party will occupy in the legislature. Because of the preferential and cross ballot voting options, JRVs must also count the number of votes per candidate. Needless to say this is very complex and will take hours in the largest states. It is unlikely we will see results for San Salvador and La Libertad before midnight.

As part of the electoral modernization process and strengthening of participative democracy, in 2015 El Salvador passed electoral and political party reforms establishing that municipal councils should be plural. In layman’s terms, this means that municipal councils are no longer made up of one party, appointed by the winning mayoral candidate. The new system requires that the council seats be allotted based on the percentage of the vote. Another advance in electoral modernization was including the list of Council member candidates on the ballot, allowing citizens to know who their future local government administrators will be.

This election may be happening in El Salvador, but it is important for the United States as well. Free and fair elections are a cornerstone of a health democracy. They are the basic mechanism for citizen-centered democracy. Although presidential elections can sometimes garner more attention, local and legislative elections can affect citizens in a more direct way. After all, citizens most often and most directly interact with their governments at the local level. Local government carries out basic service delivery and set policy on economic development and citizen security. Every year about half a million Salvadorans migrate to the United States in search of safety, security or jobs. When citizens live in secure, democratic and prosperous countries, they do not need to leave their homes to look for better opportunities. When citizens have leaders who embrace citizen-focused governance, the conditions pushing migrants to leave El Salvador improve.

Follow along with IRI on the ground this Sunday @IRI_es and following the hashtag #quechivoVotar.