Foreign Policy Experts Look at Challenges Facing the Next Administration 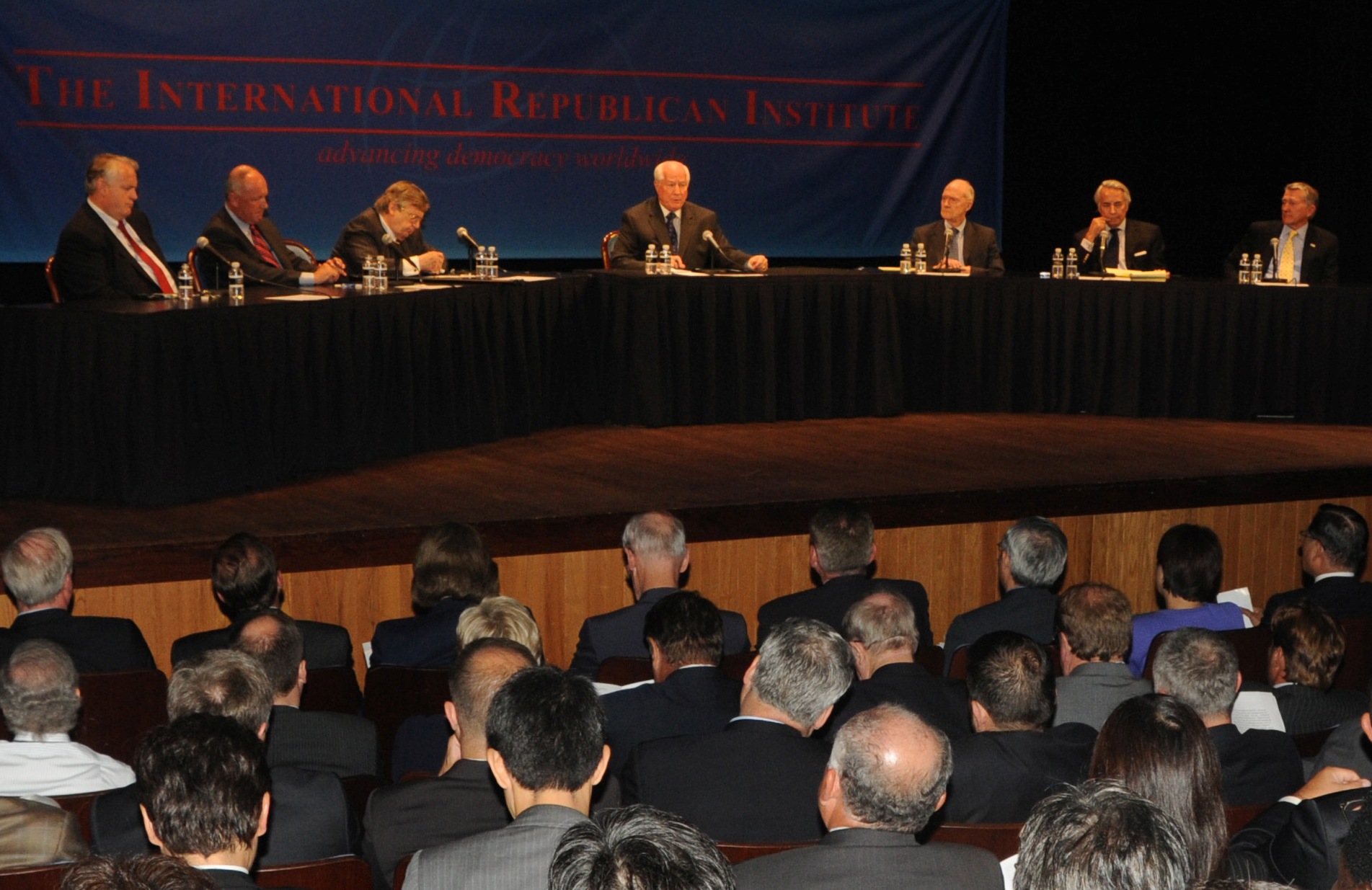 The International Republican Institute (IRI) today hosted a panel of foreign policy experts who looked at challenges that the next presidential administration will face and how it should deal with them.

The panel discussed issues ranging from the dangers of a nuclear Iran to a resurgent Russia and its recent conflict with Georgia to the state of the U.S. intelligence community the relationship with international organizations like the United Nations and the World Bank.

The event was attended by international guests to the Republican National Convention including diplomats and world leaders.