For the past seven years, I have worked with political parties across Europe and witnessed political campaigns across the transatlantic world.

My experiences range from campaigns in Central and Eastern Europe, where I have seen our party partners play out IRI’s “playbook” for winning (and sometimes losing) elections to elections in my home country of France, where my former colleagues helped me witness some key moments “behind the scenes,” to the last two presidential cycles in the United States, which I was able to witness from a special angle thanks to our European colleagues visiting America to learn from the campaigns. The lessons are no less numerous.

From these experiences—and the realization that something fundamental had changed in the whole Western World, I published “La Quadrature Des Classes” (Class Quarters: How New Social Classes are Reshaping our Political Scenes).

Even though it is currently only available in French language, the book has attracted attention beyond the borders of francophone countries. Last month, I was invited to speak about changing European political conundrums by the Konrad Adenauer Stiftung (the think-tank of Germany’s ruling party CDU) at their yearly International Conference for Political Communication (IKPK) in Berlin.

This was an occasion for me to discuss the thesis of my book.  In a nutshell, the main idea is that four social groups, “classes,” in the European sense, or “tribes,” are re-shaping our political landscapes: 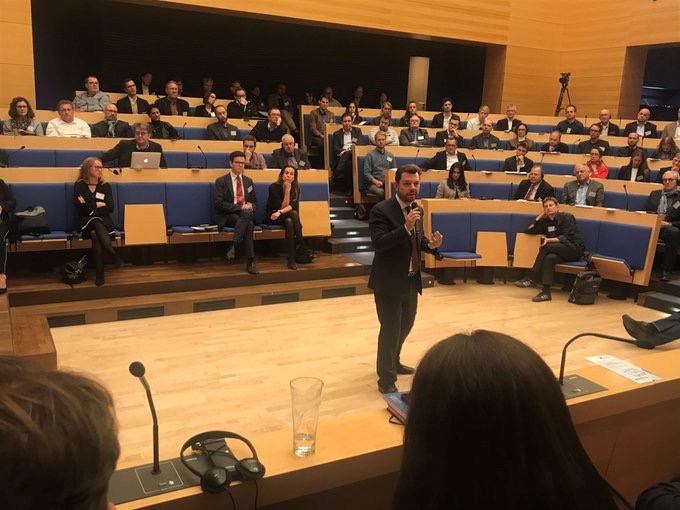 Looking at numerous examples across Europe and in the United States, I conclude that our new political cleavages are defined by these four classes, and that coalitions between them are required to constitute a democratic majority.

The theory stemmed from analysis of America’s and France’s presidential elections in 2016 and 2017, but I quickly found that the Class Quarters were actually relevant all-around Europe. The warm welcome my theory received in Germany confirms its pertinence there, especially in a particularly sensitive political context. The Federal Republic currently faces the same problems as the rest of the continent: the end of the big tent parties (and resulting atomization of the political landscape), the polarization of public opinions and increasing difficulties in this ultra-partisan environment to form government coalitions.

For a while, Germany seemed like an exception in European politics, with a very strong center-right Christian Democratic Union (CDU) led by Angela Merkel and a challenged but still dominant centre-left Social Democratic Party (SPD). But like in Spain or France, the old bipartisan system started to crumble in the last decade, with the two historic parties losing base enthusiasm and, ultimately, voters on a regular basis.

The regional elections of Bavaria and Hesse, which happened just before and after the IKPK, made this change much more spectacular. With a fall of 10 percent of support in the two Länder (Germany’s federal states), the CDU has lost its arch-dominance in German politics, falling below the 30 percent mark, while the SPD’s equally spectacular fall has put it on a level with both the far-right Alternative for Germany (AfD) and the Greens, who have each cashed in on the decline of old parties by offering a fresh discourse seemingly tailor-made for the two “rebel” groups in my taxonomy.

Journalists and observers are still searching for ways to explain the emerging new party system. The explanation offered by “class quarters” seems to have struck a chord.

During the conference, participant Martin Lewerentz, the Berlin Social media referent of CDU, tweeted that my theory is the “the best explanation for the rise of the Greens.” This reaction and the engaging discussions with some of the 150 participants afterwards have confirmed the relevance of the analysis to German politics.

While “Class Quarters” may not explain everything that is currently going on in Germany (and beyond), it provides a compass that can allow politicians and strategists to make more sense of the momentous changes our societies are currently living, and adapt to new aspirations from various groups, thereby stabilizing our democracies.

Today’s politicians are often lost at radical changes in public opinion that they can perceive but do not have time to analyse, let alone master (due to their being completely taken by the day-to-day running of their party and daily politics). “Class quarters” allow them to make sense of these changes and start looking at these new categories of the population whose voice now defines our political landscape. Allowing them to do this within a still well-defined political arena reduces the risk for these new classes without representation to be hijacked by more malign actors that could, in the short or long term, destroy our democracies. 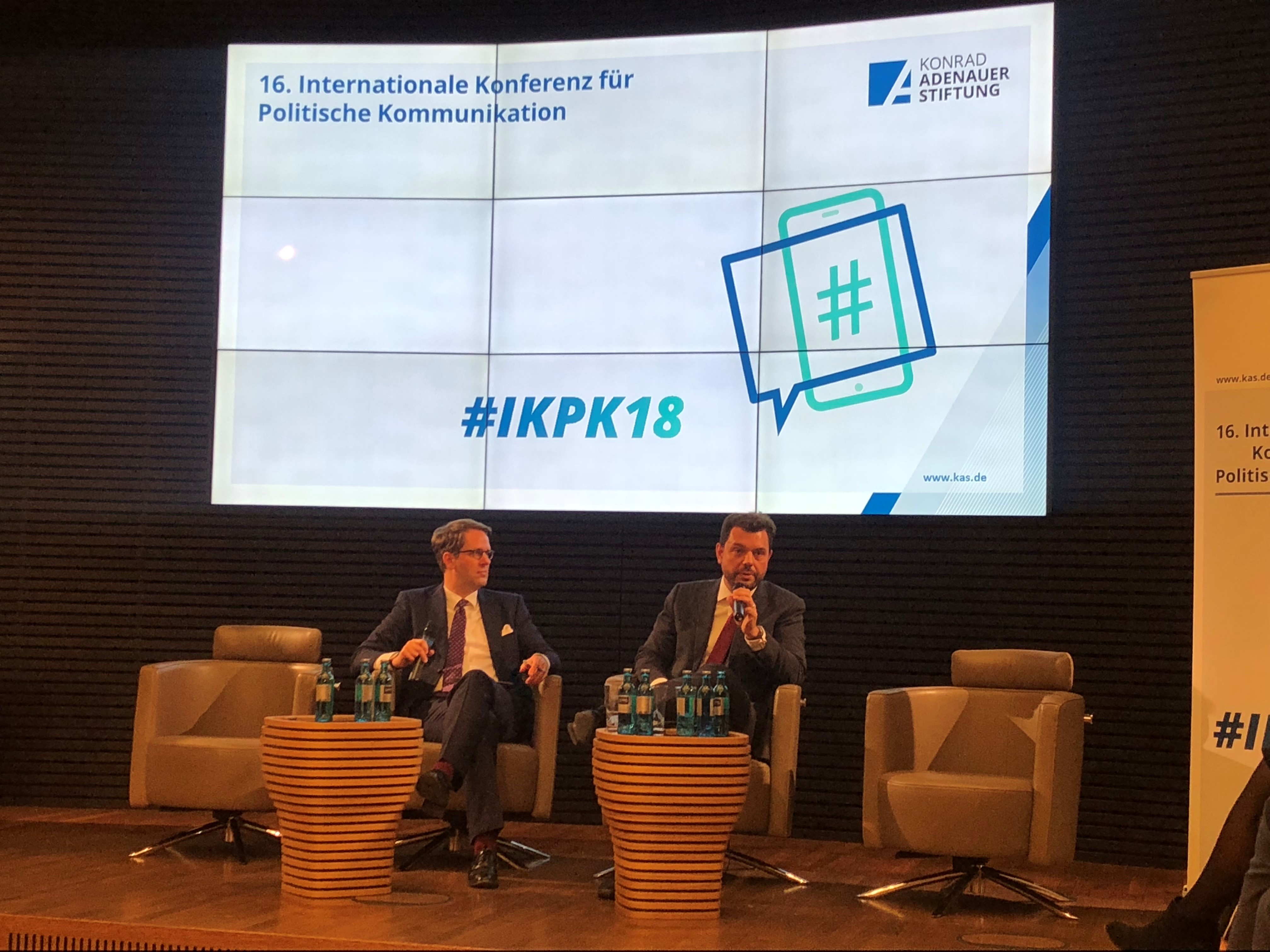 But the “Class Quarters” theory is just one small part of a larger discussion about democracy. As it contends, the political battlefield is no longer in the “political center” of a relatively homogenous middle class whose dominance has defined our political boundaries in the 1980s and 1990s. If this middle-class is no longer dominant, but only one of four socio-political groups, can there be a stable democracy? In other words, is Barrington Moore’s famous “no bourgeoisie, no democracy” still valid under the dominance of four polarized political classes?

While coalitions are on the rise, politicians are continuing to work under old systems and thoughts. Political parties have this tendency to think of themselves as the vehicles of a universal truth (no matter their party), while they remain groups of individuals defending the vision and interest of society on the political scene (via the pursuit of political power).

A big part of our current democratic crises originates in this mismatch between parties and society, and it is this gap that “Class Quarters” is trying to fill. More generally, IRI’s Europe Political Parties Program takes a much larger approach, trying to identify with political parties both technological, strategic and sociological gaps in their country and then assisting them in their efforts to bridge them.

This translates for example in the two summits of emerging and institutional parties that we organized this year, bringing leaders of these two different types of parties (“old” and “new”) and mixing them with other leaders from different political families but facing the same problems – getting inside the system to change it in the case of emerging parties, and reforming themselves to safeguard and strengthen the democratic systems in the case of institutional parties.

Despite their unpopularity, political parties are an essential part of our democracies – it is usually their weakness that above all else paves the way for authoritarian backlashes. Making them stronger and more sensitive to the changing aspirations within society is therefore an excellent way to make for a stronger, more cohesive society. This is of course in the American interest: stronger democracies in Europe are by definition more resilient to malign outside influence and more consistent partners (including in terms of defense commitments inside NATO) for its own security – and ultimately that of the United States.