From Soccer Games to Mock Trials: Victories for IRI Mexico

How do governments reach their citizens?

How can civil society bridge the divide between citizens and their government? IRI Mexico faced these and other questions in 2009 as they developed and launched programs in Nuevo Leon and Hidalgo. Seven years later, as these programs comes to a close, the Institute reflects on successes, offering answers to these and other important questions.

Under its USAID-sponsored program, IRI set out to improve cooperation between government, civil society, academia, and the private sector. Governance experts designed activities with the assumption that multi-sector collaboration leads to the development of effective public policy. IRI developed a consensus-building approach that included specialized trainings, coordination meetings, awareness forums, and mock trials to achieve these goals. Program activities also aimed to help actors in these states spread public awareness about the New Penal Justice System, established in 2008. The Institute developed a communications toolkit to provide these actors with cost-effective communications strategies for a justice reform awareness campaign. IRI titled the program Seguridad con Justicia (Security with Justice) in both states.

Seguridad con Justicia produced several meaningful successes in Nuevo Leon and Hidalgo. For instance, mock trial forums, an IRI-developed event, received widespread acclaim in Hidalgo. Local and state government officials, civil society organizations and universities joined forces, hosting trial simulations to show citizens what to expect when they enter a courtroom under the new justice system. Officials also used mock trials to reach indigenous communities. One forum in Tenango de Doria featured students from the Intercultural University of Hidalgo performing a mock trial in two indigenous languages. This is especially meaningful as many indigenous Mexicans are often jailed due to a lack of translators to explain legal procedures. The forum equipped approximately 140 citizens from three indigenous communities with valuable information about their judicial rights.

Mock trials in Hidalgo uncovered the power of consensus building processes and collaboration between government and civil society. After centuries of living in a society without trials by jury, stakeholders from government, civil society, and academia united to teach Mexican citizens how a courtroom functions. IRI conducted a total of 22 forums in Hidalgo, reaching nearly 5,000 citizens across both states. Municipal governments quickly recognized the efficacy and importance of these mock trials and began coordinating with CSOs and universities independently to host mock trial forums. Apart from IRI-sponsored forums, state and municipal governments and local partners conducted six mock trial forums.

The inclusion of private-sector actors and other non-traditional stakeholders in government initiatives allowed officials to reach hundreds of thousands more citizens than would have been possible without these actors. The in-kind donation of stadium banners at Tigres games totaled approximately $117,000 dollars, a publicity strategy that reached thousands and saved Nuevo Leon officials hundreds of thousands. IRI hopes to replicate this success by encouraging the inclusion of non-traditional stakeholders in future programing to expand the reach of government awareness campaigns.

Beyond IRI’s programmatic successes, the Mexican government’s interest in adopting and spreading the use of IRI activities across the country reflects one of the programs greatest strengths- its sustainability. IRI presented the Communications Toolkit used in Nuevo Leon and the mock trials held in Hidalgo to SETEC, the branch of the Mexican government in charge of the justice reform. SETEC recognized the program’s accomplishments and expressed its desire employ these activities on a national scale. CEPPS/IRI’s Communication’s Toolkit and its awareness and dissemination methodology will now become part of SETEC’s cross-national awareness and dissemination program. 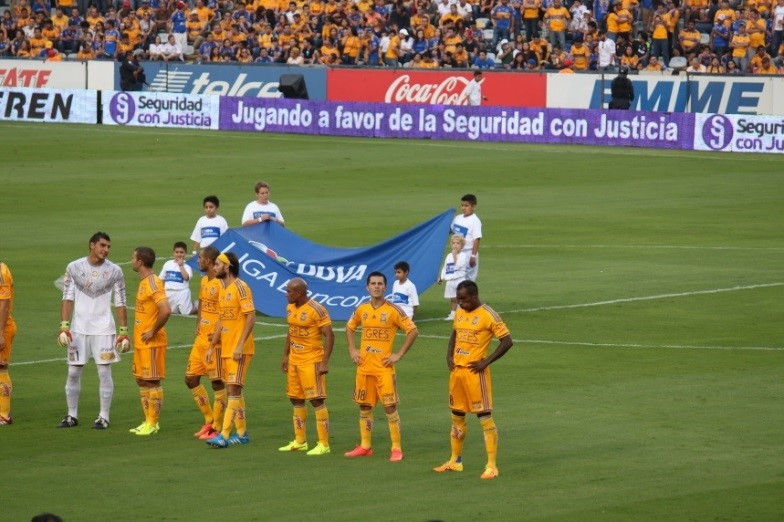 The job is not done yet. President Enrique Peña Nieto, along with several justice system officials in Mexico, stress that government authorities and civil society must continue efforts to solidify a new culture of justice among their citizens. Local, State, and Federal governments must capitalize on reliable and sustainable methods to continue informing citizens on the progress of the justice reform. The inclusion of IRI’s consensus-building activities and awareness campaign initiatives in a national program could provide a sustainable and effective method to continue improving security, justice, and human rights in Mexico.