From the Steppe to Pyongyang: Lessons from Mongolia’s Transition

Drawn by the promise of a better life free of the threat of political imprisonment and chronic starvation, many North Koreans leave the country. While many of these North Korean’s see Vietnam or China as successful models for North Korea, Sehyek Oh provides a different perspective using Mongolia’s transformation from a cruel and oppressive communist regime to a free and prosperous democracy.

Sehyek Oh left North Korea in 1999 and has been committed to improving the lives of his fellow North Koreans ever since. Sehyek, co-founder and lead researcher of the Transitional Justice Working Group, recently attended one of IRI’s Chronicling Mongolia’s Experience in Transition (COMET) programs.  Since 2015, the COMET program has assisted Mongolia’s leaders in sharing their remarkable story of peaceful democratic change through the publication of books and exchanges with other countries that share Mongolia’s history of communism. Sehyek shares his lessons learned and takeaways for North Korea from one of these exchanges below.

A Korean proverb states that “it is better to see something once than to hear it a thousand times.” This was my impression of the study exchange I participated in through IRI’s Chronicling Mongolia’s Experience in Transition (COMET) program.

Without this program, Mongolia’s transition experience would have remained unfamiliar to both South Koreans and North Korean defectors. The exchange provided me and the other defectors with valuable knowledge regarding Mongolia’s peaceful transition— Mongolia moved from the old Russian-style socialism system to a democratic system and market economy. 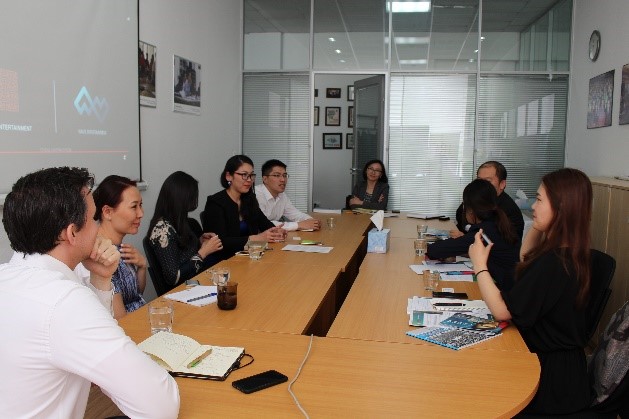 IRI has worked in Mongolia since the beginning of the country’s democratic and societal transition in 1992.  Through workshops and trainings, IRI has focused on capacity-building and engaging underrepresented groups. The capacity-building program aims to improve politicians’ negotiating strategies for both the democratic politicians who had led the reform movement and the ruling politicians who were adhered to the old socialist system. Recently, IRI has worked with the Mongolian government to share its experiences of human rights and democracy development with other Asian countries. This includes young leaders in Mongolia sharing their experiences with other youth leaders in countries such as Bhutan, Myanmar and Kyrgyzstan. Programming also engages women in social and civic activities in cooperation with the Canadian government.

Throughout the exchange, we heard the personal opinions and experiences of various individuals from national and international institutions, including various national research institutes, UNDP, Mongolian media companies and international development aid organizations. Young leaders shared their stories of founding start-ups that extend democratic values across Mongolia. For instance, we learned about Journey to Job, a small-scale start-up that empowers economically marginalized people, and unread.me, an Internet-based newspaper that reduces the gap between information access and the interpretation of information by providing accurate and timely news to youth and economically marginalized individuals that are unreached by traditional news sources.

We also heard from Mr. B. Tsenddoo and B. Batbayar, founders of Mongolia’s first publishing company and leading members of the Mongolian Social Democratic Union, one of the four major movements in Mongolia’s peaceful democratic revolution. The company primarily publishes science and modern history books because even well-educated citizens continue to rely on outdated and even superstitious information when making decisions.

Tsenddoo emphasized that some publishers still try to manipulate historical texts, a practice that is also present in North Korea.. This is evident still evident in Mongolia, where government-distributed history textbooks claimed that in the communist era nomads voluntarily gave livestock to the state, when in reality, the state coerced people to follow collectivization. Batbayar demonstrated that even after North Korea becomes a free country, it will be a lasting challenge to change people’s mindsets and their nostalgia for the old ways.  Even in 1999, eight years after the transition to democracy, Batbayar met with elderly community members and citizens who demanded the dismantling of the Democratic Union. 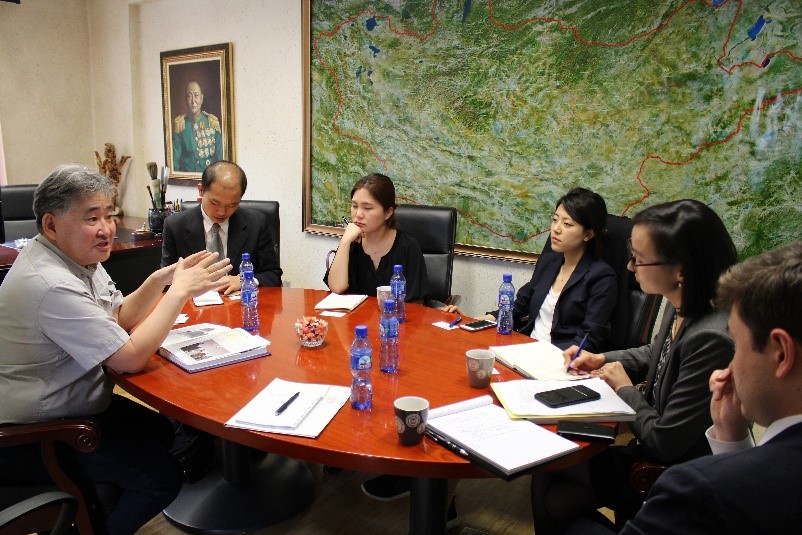 One of the first questions I had before participating in the exchange program was how could IRI begin to work in Mongolia in 1991 as soon as democratization began? More precisely, why did Mongolian democratic leaders look to the United States as an example when the socialist system portrayed it as an “evil imperialist power?”

Many of the NGO leaders and research institute heads I met shared with me their own experiences living under communism. We exchanged common experiences of participating in mass demonstrations as Communist Youth League members, waiting in ration lines and hearing about the danger posed by the imperialist systems in America and the West. They told us that despite the imperialist symbolism of the United States, Mongolia’s reformers willingly chose to receive advice from American political scientists and economists about the market economy and boldly implemented reforms to establish democracy and the free market because they saw that the system worked.

From that perspective, I wish that North Korean leaders could learn from Mongolia’s experience of reform and follow a system that will deliver results and respond to the needs of the North Korean people.

After learning about IRI’s work in Mongolia and listening to young Mongolian leaders’ experiences, I am hopeful that North Korean youth will find way to promote democracy in our country.