The Transatlantic Youth Summit served as a powerful reminder for future leaders on why the Transatlantic relationship has always been an important source of peace and prosperity, and may be needed now more than ever.

Over 30 young, aspiring leaders from the United States and across Europe gathered in the Rayburn Building on Capitol Hill to discuss the most pressing issues of their generation. After a brief welcome and introduction from Konstantinos Kyranakis, President of the Youth of the European People’s Party (YEPP), prominent individuals from think-tanks, government offices, and NGO’s spoke on a broad range of international topics, such as security, trade, immigration and the future of diplomacy under new national leaders. Over the course of a week across Washington DC, the delegates were exposed to expertise on today’s most pressing issues and anecdotes that highlighted why a transatlantic partnership was instrumental in maintaining the future peace and prosperity of both the United States and Europe.

Speakers and participants alike spoke to the achievements the Transatlantic alliance has produced in the years during and since the Cold War. They highlighted how Transatlantic support has assisted institutions in Europe’s former eastern bloc to establish their own forms of democracy. The European delegates went further by saying that they believed that maintaining a strong Transatlantic partnership was key in developing a more democratic Europe. The leadership of YEPP worked with IRI on the event to highlight ways of continuing cooperation between the US and Europe to combat ongoing threats to democratic institutions and security. 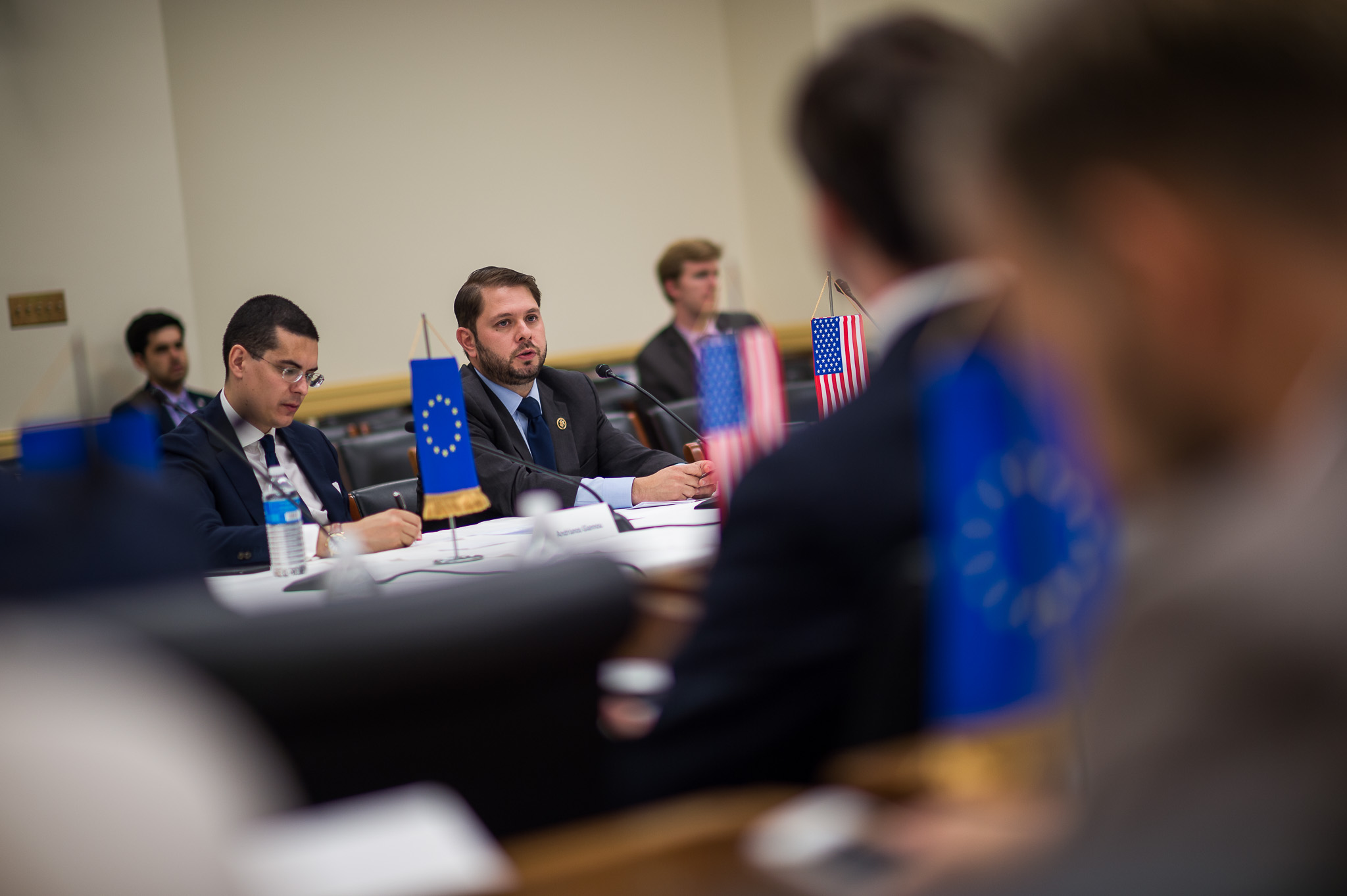 Some European delegates voiced concern that the Transatlantic alliance was under fire from isolationist rhetoric. Participating Congressmen Joe Wilson (SC-02) and John Shimkus (IL-15) helped reinforce the fact that Transatlantic relations are pillars for democratic stability and economic prosperity for both the United States and Europe. They emphasized that government officials continue to voice their support in working alongside our European allies.  Delegates agreed that by supporting European institutions and initiatives for democracy, the United States can maintain a defense against Russian and populist influences that seek to create a rift between regions still in the process of establishing institutions since the end of the Cold War.

At the delegation of the European Union, participates engaged in conversation on how recent events in Europe would shape the Transatlantic political future. Although there was some productive, albeit heated, discussion about Brexit, American and European delegates all maintained they wanted to strengthen the US-EU relationship, and that the UK would remain an invaluable partner in the Transatlantic alliance. After some thoughtful remarks from David O’Sullivan, EU Ambassador to the US, the participants shifted their focus to the future with discussions on technology security and how electronic advancements could promote youth involvement in regional and global politics. 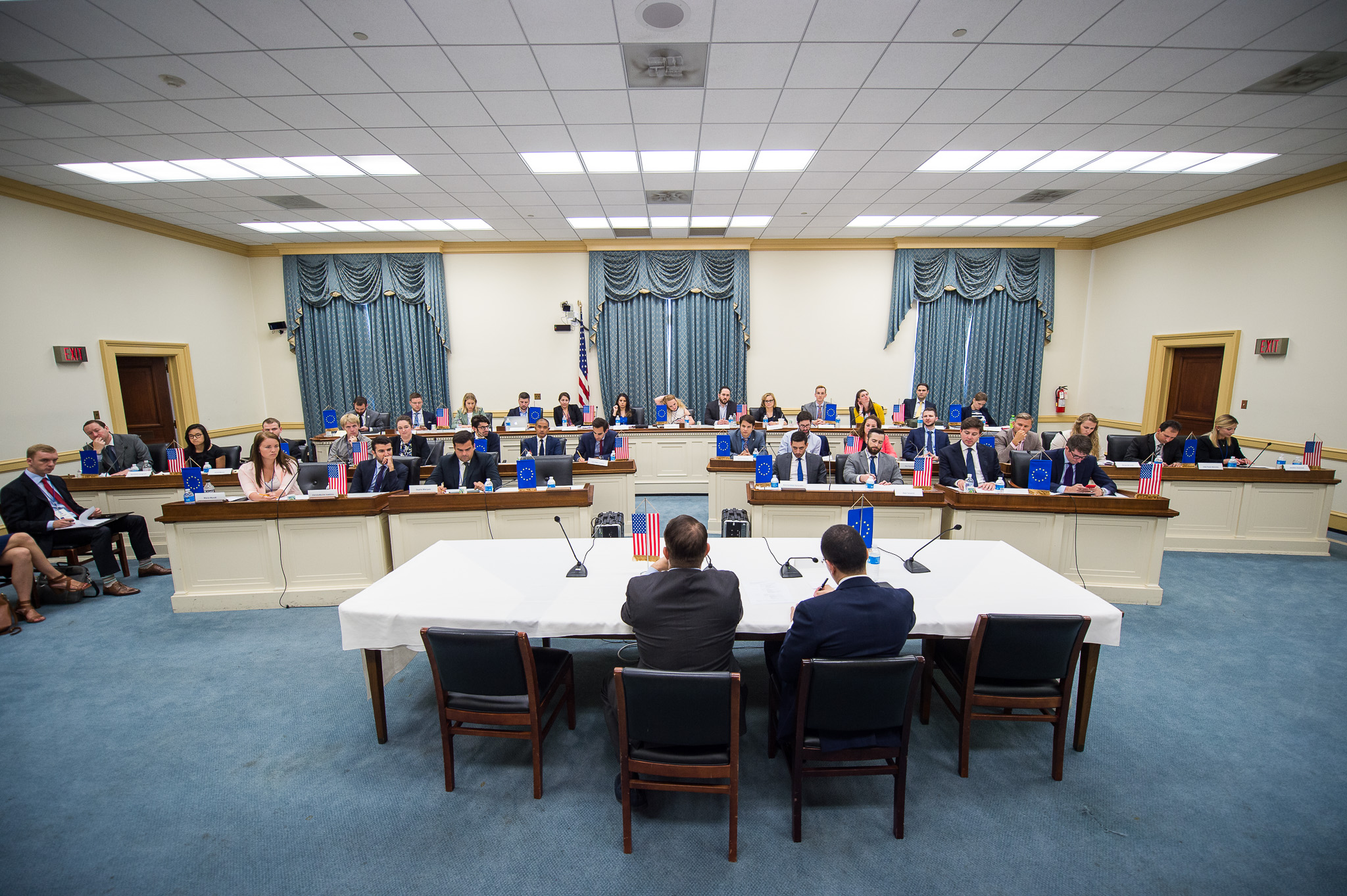 It became clear as the week went on that the Transatlantic alliance has proved time and time again to represent democratic values and cross-cultural understanding. Not only that, it has provided numerous security and economic benefits for both the United States and Europe that could not be gained through other means. Both young Americans and Europeans in attendance understood that the Transatlantic alliance should continue to provide a means for relative stability across areas still in political development, while maintaining the level of prosperity that has made both regions so successful. It was refreshing to see a tone of optimism when discussing foreign policy and politics, one that highlighted the future generation’s support for the Transatlantic alliance that has done so much to foster democracy across the globe.