The House Democracy Partnership (HDP) is a bipartisan commission of the U.S. House of Representatives that works directly with 21 partner parliaments around the world to support the development of effective, independent and responsive legislatures. HDP is proudly implemented by IRI and the National Democratic Institute.

Ana Lilian Vilela Montenegro – who has dedicated nearly 30 years to Peru’s Congress as a staff member – has attended HDP trainings in Washington, D.C. and Buenos Aires, Argentina. Driven by her commitment to good governance, Ms. Vilela attended HDP’s Americas Summit for Transparent Legislature in Buenos Aires in 2019. The summit brought together more than 60 members of parliament and their staff from across Latin America and the United States to share techniques for countering corruption. After the summit, all delegates signed a declaration that signaled their shared interest in rooting their home governments in transparency and ethics. In these monthly series, we profile HDP alumni to show how they are applying the lessons they’ve learned to their legislative work. 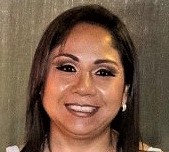 What parliament and chamber are you a staff member of?

I work in the Parliamentary Group, “Alianza para el Progreso” (Alliance for Progress). You should know that the Peruvian Congress is unicameral and is made up of 130 Congress members.

I participated in the inbound program to Washington, D.C. in March 2015 on how to strengthen legislative oversight methods. I also attended the Americas Summit for Transparent Legislatures in August 2019 in Buenos Aires, Argentina.

What I like about my country is the capacity we have to integrate – with the security, trust, love and creativity that allows us to include each other and move forward despite our differences. Knowing every corner of our wonderful country has allowed me to learn to love and enjoy our culture –  each beautiful landscape, its food, its beaches, its magical mountains and its amazing jungle. This makes me love my country and each of its spaces. It is my favorite place.

Why did you decide to become a staff member in parliament?

My venture into Parliament, I must say, was accidental. Alberto Fujimori had closed the Congress and a Constituent Assembly had been called. The Popular Christian Party (PPC) decided to run for the Constituent Assembly and Lourdes Flores, who had been one of the most representative politicians in this process, and whom I knew when she was a Congresswoman, invited me to support her in the dissemination of the work that the PPC was going to carry out on constitutional reform. At that time, I was still a journalism student and therefore could not yet hold a professional position. However, as time went by, I worked my way up within the parliamentary organization and at the same time, was preparing myself academically. I have held all the positions: I started as an entry level assistant, then I became a technical assistant, and finally a professional staff [member], until I became a senior advisor.  I have now served in Congress for 28 years. What began as an accidental thing has become a big part of my life.

What impacted me most about HDP is the practical way they teach how legislative institutions function and how the work, as well as commitment to transparent work, can become the main ways to generate the development of a country. It has also been important for me to learn about different realities and see that countries in Latin America have similar problems. We face the same challenges [and] our aspirations are similar. My experience with HDP has been crucial to empowering me professionally. I can say that participating in the programs have made me grow as a professional, which is of great value to me.

How are you applying your experience from the HDP mission to your role as staff?

As a senior legislative advisor, part of my job is to draft bills, and each time I do, I remember what we were taught by HDP about analyzing the cost-benefit of policies. In Peru, the main shortcoming of draft laws is that they lack technical analysis. In the HDP programs in which I participated, I learned it is very important not to lose sight of the fact that legislative proposals do not necessarily have economic purposes, but may also have political, social, redistributive or citizen security purposes. I keep this in mind when I draft a bill for my member of Congress.

The Americas Summit for Transparent Legislatures in Buenos Aires showed me the urgent need for legislative proposals to consider the great problem of corruption in our Latin American countries. I have had the opportunity to collaborate in the development of regulations, among which I can highlight that officials, public servants, members of the armed forces and police, persons who administer or manage State funds or those of organizations supported by the State, have the obligation to submit a sworn declaration of assets and income, as well as a sworn declaration of interests upon taking office, during their term of office and upon leaving office. Furthermore, in the same line of anti-corruption issues, I have contributed to the development of a law whereby no person who has had a judicial sentence may run for a popularly elected position. These are two examples of laws in which I have applied what I have learned in each of the trainings I have had with the program.

What advice would you give to new parliamentary staff?

I would tell them to strive for excellence in their professional work and to maintain objectivity, because if this is not really their goal, they could fall into subservience, given the power that members of Congress have. A great responsibility falls on the shoulders of legislative staff. Not only must they develop honest and quality work, for mere personal and professional development, but also because our technical work will benefit not only our bosses, but the Nation as a whole. If we want society and voters to trust and have hope in politicians again, staff have the difficult, and sometimes uncomfortable, task of telling members of Congress what they are doing wrong, how to correct the path and how to conduct themselves in the development of their mandate.

I am proud to have contributed to the drafting of anti-corruption laws that have improved the processes for the election of our members of Congress and working with other advisors from other political parties to develop a budget law with real Peruvians in mind; a budget that will benefit the people. I am also proud to have collaborated on legislative proposals that allocated 6 percent of the GDP to education, as well as participating in the creation of a project that declared water as a human right.