The House Democracy Partnership (HDP) is a bipartisan commission of the U.S. House of Representatives that works directly with 21-partner parliaments around the world to support the development of effective, independent and responsive legislatures. HDP is proudly implemented by the International Republican Institute (IRI) and the National Democratic Institute.

Hon. Tatjana Prentovikj attended the HDP regional seminar “Engaging Citizens in Building a Secure e-Society” in Tallinn, Estonia in November 2019. The program, which included members of parliament from Armenia, Georgia, North Macedonia and Ukraine, was part of a larger HDP IRI strategy to increase eGovernance capacity in Europe and Eurasia. 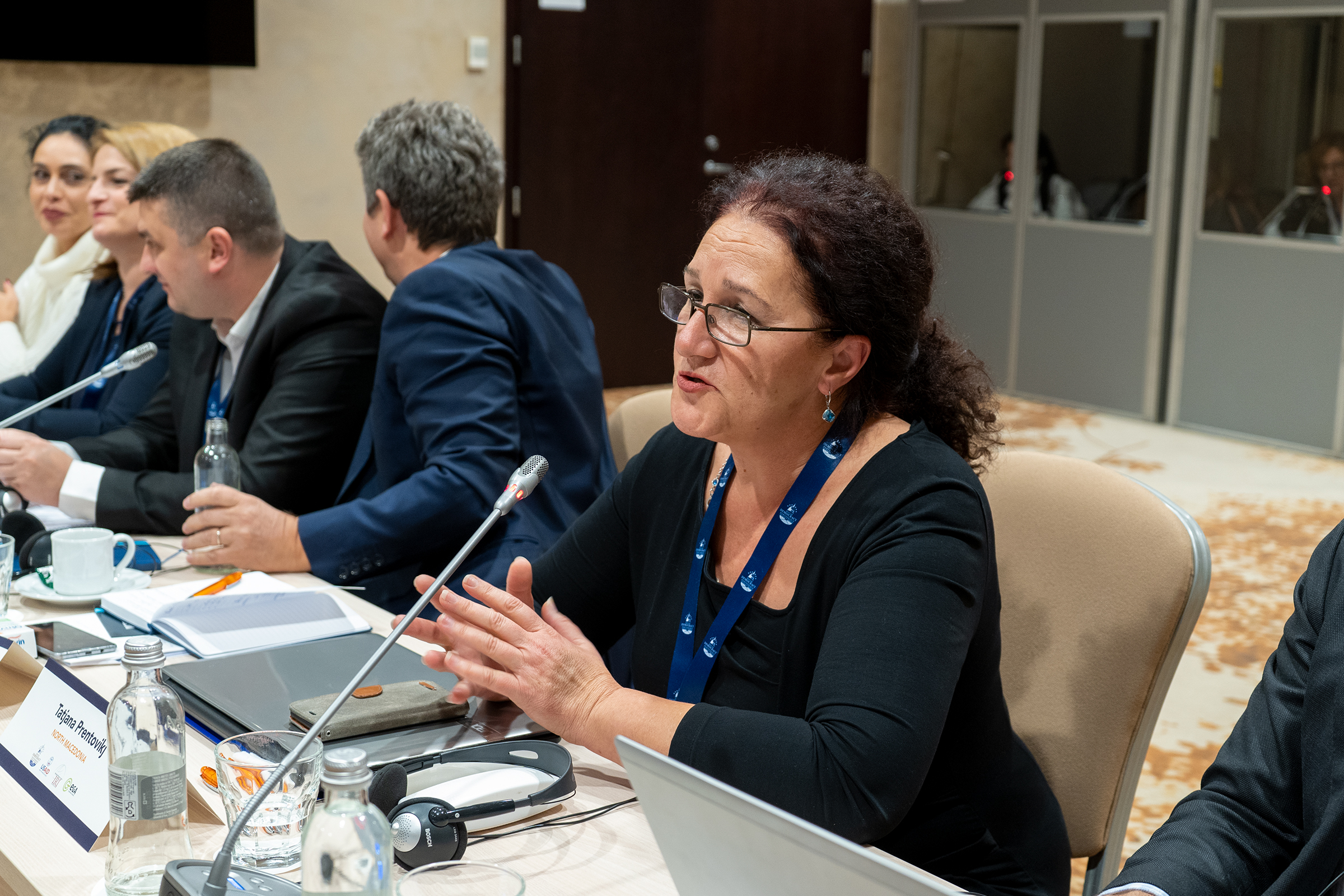 I participated in a study tour in November 2019 to Tallinn, Estonia called “Engaging Citizens in Building a Secure e-Society.” The visit was conducted by the House Democracy Partnership and IRI’s Center for Global Impact and included MPs from Estonia, North Macedonia, Armenia, Georgia and Ukraine.

What is your favorite thing about being a member of parliament?

As a university professor in the field of agronomy, I am involved in the system of educating and producing cadres that will improve North Macedonia’s agricultural sector and work to make it competitive. As a member of parliament, my favorite thing was using my interest in agriculture to improve legislation for this sector.

My motivation for being in politics is the desire to influence the strengthening of our government institutions, especially the judiciary, and at the same time improving agricultural and educational policies.

Estonia for many years has been a leader in e-governance, cyber-security and developing democracy through online communication between the citizens and their government. I am impressed that it is developing an extremely transparent government with 99 percent of government services being online. With this, Estonia’s entrepreneurial business climate has developed, resulting in companies like Skype.

The digitalization in the Republic of North Macedonia has started at an institutional level, but there is still a lot of work to be done. Seeing the implementation and benefits of e-governance during the HDP program, I advocated for comprehensive preparation and faster adoption of legislation and instruments in the Parliament, which will enable legislation that will protect citizens’ data and the e-systems of our government.

I was part of the parliament that made historical decisions and [improved] relations for the country, like the Prespa Agreement with Greece and the Good Neighborhood Agreement with Bulgaria. These efforts, along with North Macedonia’s induction into NATO, have helped my country’s negotiations for membership into the European Union.