High Stakes Poll in Somaliland: How Can This Election Effect the Future of This Self-Proclaimed State

On November 13, Somalilanders will head to the polls for their third ever presidential vote. Somaliland – a self-declared independent country that is not internationally recognized –  still to a certain extent depends on international support to conduct its elections, but also relies on strong democratic processes to gain favor from the international community. Originally scheduled for 2015, the vote is finally set to occur this month after being delayed twice.

Here are three key things you need to know about why this vote is important and why IRI’s work strengthening political parties is critical to Somaliland’s future.

This is a good opportunity for credible elections

Current President Ahmed Mohamed Mohamoud “Silanyo” will not be on the ballot, guaranteeing that this election will lead to a leadership transition.

Muse Bihi, from the incumbent Kulmiye Party, Faisal Ali Waraabe, of the Peace and Unity Party (UCID), and Adirahman Mohamed Abdullahi “Irro,’ representing the newcomer Waddani Party, are the three candidates vying in this first-past-the-post ballot, in which the candidate with the most total votes wins the election. Somaliland elections are historically tight. It appears that this vote will continue that trend, with analysts predicting that it will be a close race between Kulmiye and Waddani.

Voter registration has a troubled history in Somaliland, and preparations for this election included an entirely revamped registration process complete with iris-biometric scans, a first in Africa. This process is generally considered successful and credible by domestic and international organizations alike, with 873,331 voters registered, of whom 704,089 collected their voter ID cards and are eligible to vote. It is expected that turnout will be high amongst voters who registered and collected their voter ID cards, especially given that recent polling showed a majority of respondents believe that a good citizen always votes in elections. This first valid voter register in the country marks a major step forward given Somaliland’s unrecognized nature, porous borders and a lack of census data.

The Government of Somaliland is covering 35 percent of the total budget, up from 25 percent in 2010, relative to the 65 percent being paid for by international donors. With a total budget of $10.6 million, holding credible elections will signal to the international community that investment in Somaliland’s elections is worth it, even given the history of delays. Somaliland’s democratic credibility, and therefore its global reputation, depends on elections that are sound and peaceful.

The stakes are high

There is potential for the next president to leave a positive mark on Somaliland history. Within the last two years, Somaliland has struck two significant deals with the UAE, which will be investing heavily in both the Port of Berbera – potentially a major regional shipping hub – and in a military base at the same location, seen by some as a counter-move to Turkey’s establishment of a large military base in Somalia. The ability to preside over these investments presents an important opportunity for the next president to shape the economic and geopolitical future of Somaliland.

The next administration will be tasked with seeing through election processes for both houses of parliament. The Lower House of Parliament – an elected body made up of 82 members – has not experienced an election this decade, and the members of the Guurti, the upper house made up of 82 appointed clan elders, has not experienced reappointment since 1997. While appointment of Guurti members is still a subject of public debate, elections for the House of Representatives were postponed to April 2019. The consistent issue of electoral delays has created a political environment in which accountability and transparency are not incentivized, and clan relations are allowed to supersede issue-based politics. This situation provides Somaliland’s future executive leadership with a chance to make a long-term impact on Somaliland politics.

If parliamentary elections are held as currently scheduled in April 2019, it would be a key start to reversing the trend of delayed elections causing clanship to influence government officials more than party allegiance does, leading political parties to become increasingly issue-based.

Issue-based politics vs. Clan-identity politics are coming to bear

Fears of clan dynamics – an entrenched aspect of Somali culture – seeping into Somaliland politics led to the establishment of a constitutional provision that limits the total number of political parties to three. Clans are an inherent part of Somaliland’s society, and clan coalitions are essential to the competitiveness of its political parties. However, political parties and candidates, recognizing that every vote counts in what is expected to be a closely contested election, have focused their current campaigns increasingly on issues that can resonate across clans, especially items that are important to politically marginalized groups such as women, youth, people with disabilities and minority clans.

If the election is credible and peaceful, this campaigning strategy could have long-term effects on the relationship between clans, political issues, and Somaliland’s political institutions. Credible elections that feature a high voter turnout would signal to political parties that issue-based campaign strategies are effective, appeal to Somalilanders, and are compatible with the society’s clan-based traditions. Each political party will have the opportunity to continue the trajectory of developing party platforms that are informed by issues as opposed to clan relations.

What is IRI doing?

As part of the “Bringing Unity, Integrity and Legitimacy to Democracy” (BUILD) program, IRI has provided strategic support to all of Somaliland’s political parties focusing on helping the parties become more issue-based, inclusive of women and youth and strategic in their campaigning efforts. Through this program, IRI has assisted women and youth wings from each party to develop issue-based policy platforms that have informed their parties’ campaign messaging throughout the election period.

IRI has also worked with Somaliland’s political parties to increase their ability to effectively conduct get-out-the-vote and direct-touch campaigning – including using newly developed party platforms and research to inform door-to-door campaigning efforts. IRI provided technical assistance to Waddani Party to establish the first ever political party call-center in Somaliland. Original plans for the call center included making calls to 100,000 potential voters during the month-long campaigning period, however that total was increased to 180,000 after the initial goal was met in just two weeks. 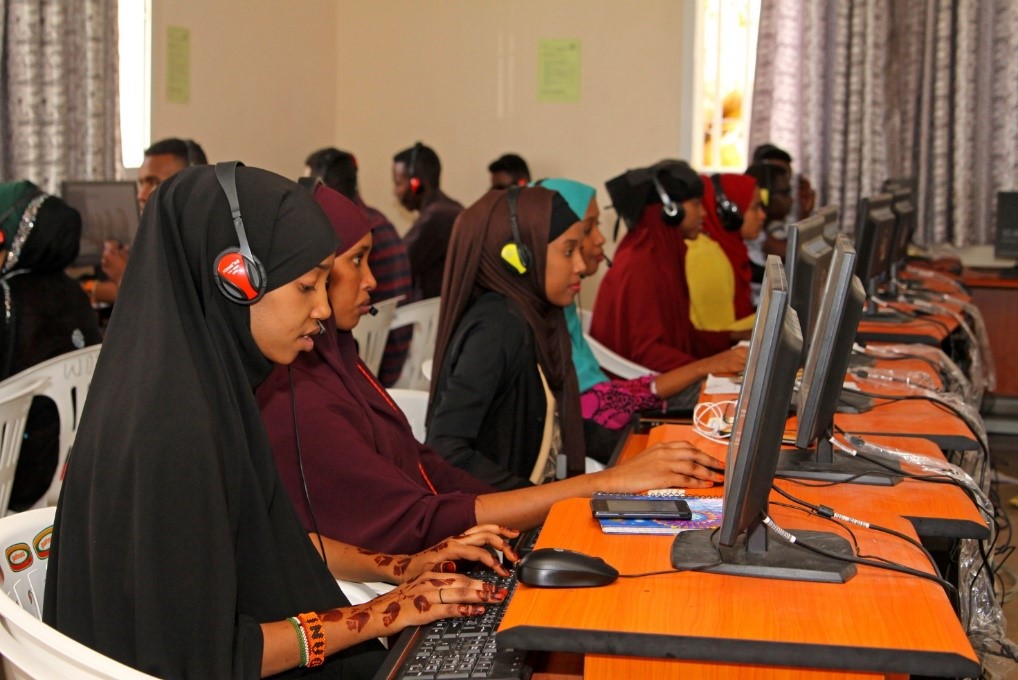 Although political parties have made progress in basing their platforms on issues rather than clan politics, the propensity for voting along clan-lines remains prevalent. The tensions between clan-line politics and issue-based politics in Somaliland highlights the importance of IRI’s work engaging with political parties – especially their women and youth wings – to make them more inclusive and issue-oriented. Clan dynamics will remain relevant; however, this election has the potential to tip the scale towards issue-based politics, charting the course for more inclusive, responsive, and representative institutions in Somaliland.