Seize the moment was the unofficial motto of our first House Democracy Partnership (HDP) technical assistance consultancy (TAC) to Guatemala.

Guatemala is at a critical juncture. Since 2015, the nation has undergone a democratic revolution of sorts. The legislature has answered citizen calls for reform and their demand for a more responsive, representative government.

To answer the call for support, IRI facilitated a five-day (May 7-12, 2017) TAC, An Effective and Representative Legislature: Creating, Collaborating and Communicating, focusing on basic legislative processes. Over 100 members and professional staff from Guatemala’s Congress participated in the workshops. 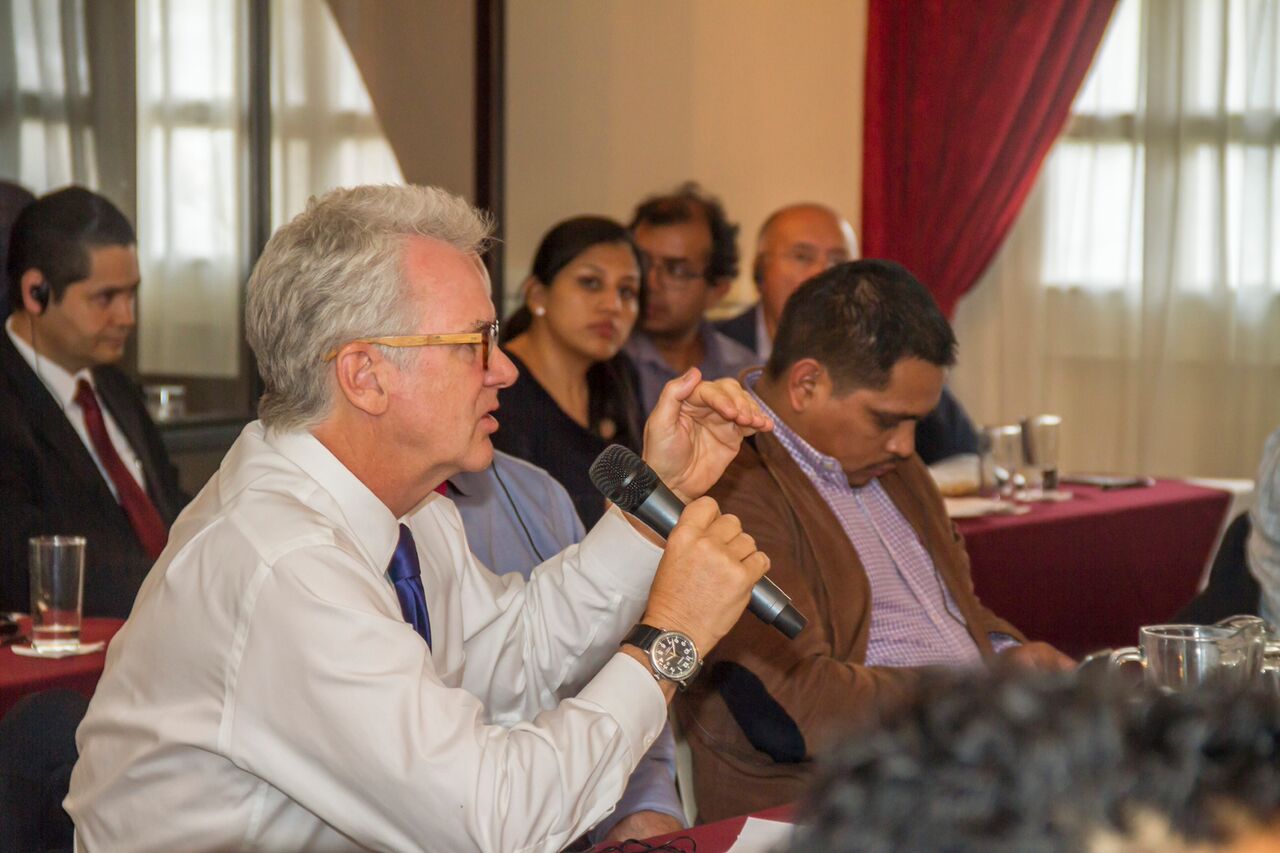 The sessions were led by Mark Epley, general counsel for the Speaker of the U.S. House of Representatives Paul Ryan; Courtney Kum, legislative assistant for Representative Steve Knight; and Brad Smith, one of the early proponents of HDP and former chief of staff for Representative David Drier.

The TAC served to reinforce responsive government by working with Guatemala’s Congress to improve processes through the sharing of best practices, technical capacity and lessons learned via peer-to-peer collaboration among members and professional staff. The overall expectation was to work toward enhancing reforms in the areas of transparency, policy creation and citizen engagement.

IRI and HDP serve as a catalyst for these reforms which can work to stabilize the economy and citizen security within Guatemala. These reforms include the Political Party and Electoral Law, which limits campaign finance and the art of transfugismo, or party switching; creating a professional civil service; implementing transparency mechanisms in state procurement; creation of a legislative research unit; to revamping the migration code, among others. Of course, leadership on the part of the Board of Directors, spearheaded by President Oscar Chinchilla, and their willingness for collaboration, facilitated the decision for a follow-up visit.

Throughout the week, sessions focused on processes and structures of the U.S. Congress, the role of staff, members, and committees, the use of public hearings for citizen inclusion and participation, the role of ethics and transparency in congress, constituent engagement, the importance of collaboration for strengthening legislative initiatives and the role of a non-partisan congressional research unit to help legislators implement laws. Furthermore, to learn how HDP could be helpful in future visits, the delegation also met with representatives of the U.S. Mission, political party and civil society leaders, members of the Women’s Caucus, think tanks and other relevant state actors who are working to promote and advance democracy across the country. 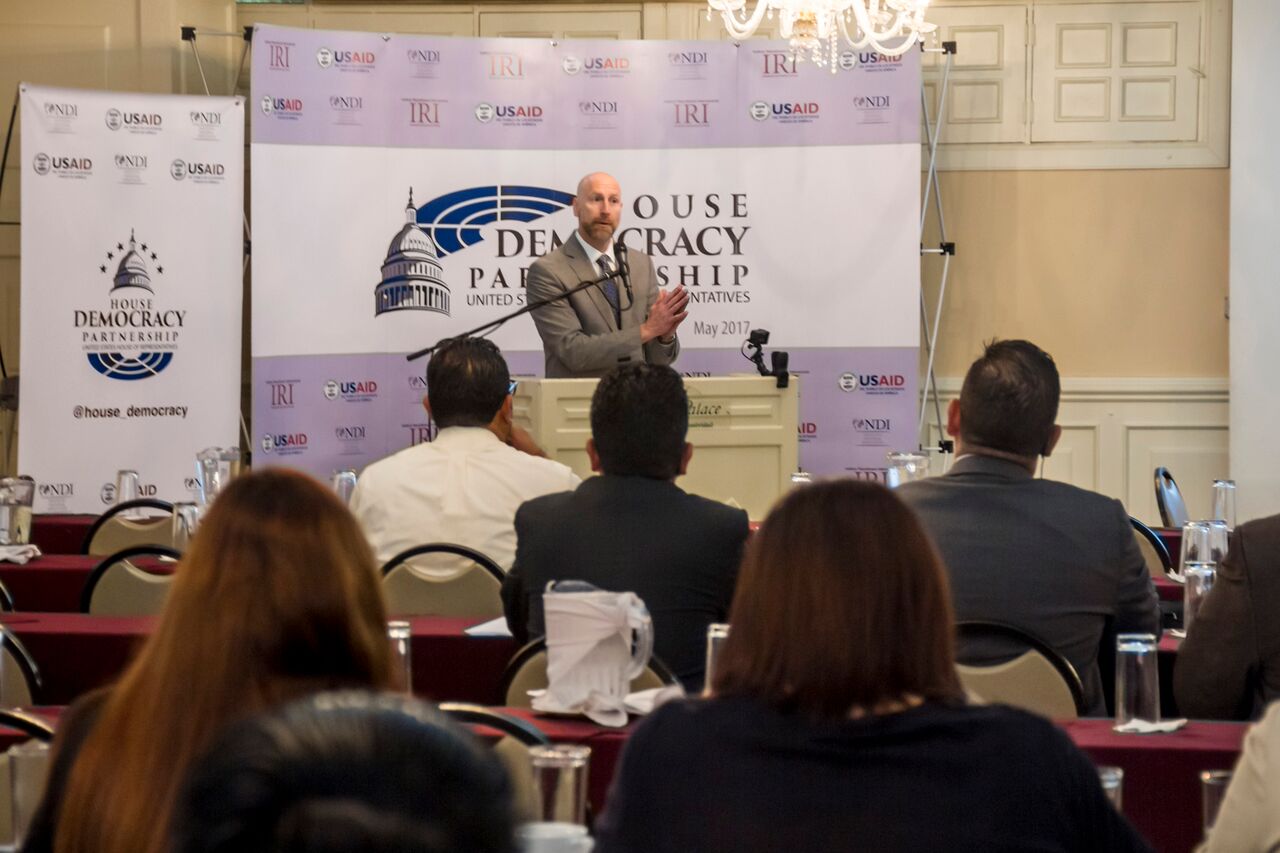 The delegation met with the Women’s Parliamentary Caucus and had an insightful conversation about the unique opportunites and challenges that face women legislators in the Congress of Guatemala.  Created last year with the support of IRI and the National Democratic Institute (NDI), the Caucus provides a voice for women legislators who make up 25 out of 158 members, representing six political parties, including one independent member. Our experts were extremely impressed with their dedication and leadership. HDP is in the midst of organizing a peer-to-peer exchange for women legislators across the globe. This initiative could provide Caucus members an opportunity to learn from and share their experiences with colleagues worldwide.

Our program embodied the mission of HDP which is to create partnerships between the United States and democratic legislatures worldwide. The TAC would not have been possible without the political will and leadership of President Chinchilla. Chinchilla dedicated staff, time and resources to ensure an efficient, effective and successful partnership. TAC participants have requested future trainings and workshops on a range of issues, showing a desire for further collaboration and interaction. This visit, and future ones to come, will serve as a long lasting and positive effect on Guatemala’s congress as it moves toward enhancing and consolidating good governance initiatives to help advance democracy for the nation and its peoples. 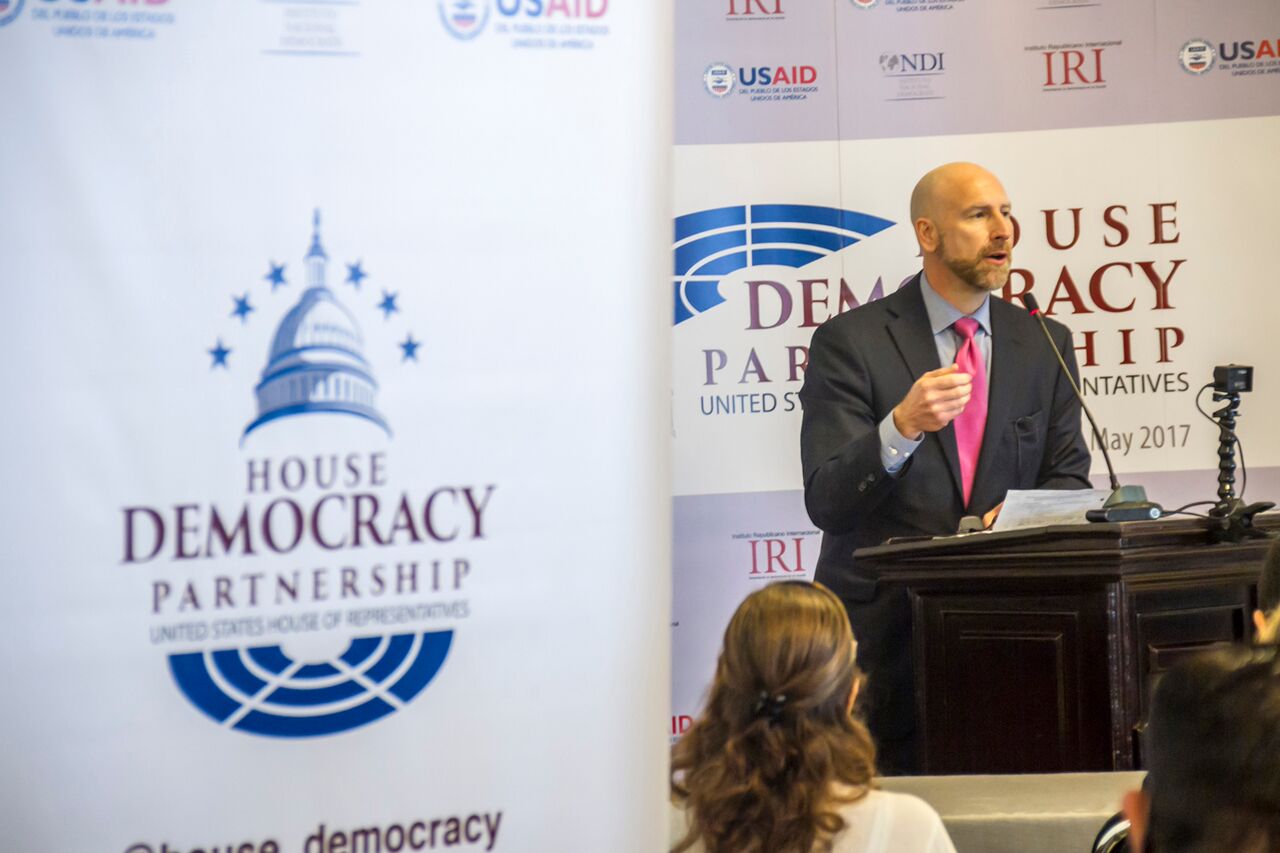