How Women Can Help Timor-Leste’s Economy

Following the Indonesian occupation, nearly half of the women in Timor-Leste were left widowed, forcing them to be the sole providers for their households. However, their work in food production and unpaid household work does not count towards the country’s employment rates.

Economic development is a top priority for Timor-Leste. Since re-gaining independence in 2002, the country has made strides in this area – averaging 10 percent economic growth per year since 2007. But only 27 percent of women are in the labor force, compared to 56 percent of men. Even though Timor-Leste has the highest representation of women in parliament in the Asia-Pacific region, the efforts have not translated into local leadership roles (only 4.5 percent of women hold leadership roles on the local level) or closing the gender gap in the labor market.

To address these barriers, IRI’s Women’s Democracy Network (WDN) brought together a delegation of women for their International Women’s Day conference in March. WDN’s annual conference provides opportunities for women from around the world to meet with American decision-makers, as well as learn best practices from their peers from around the globe. This year’s theme focused on increasing capacity to reduce the political barriers to women’s economic empowerment in their respective countries. 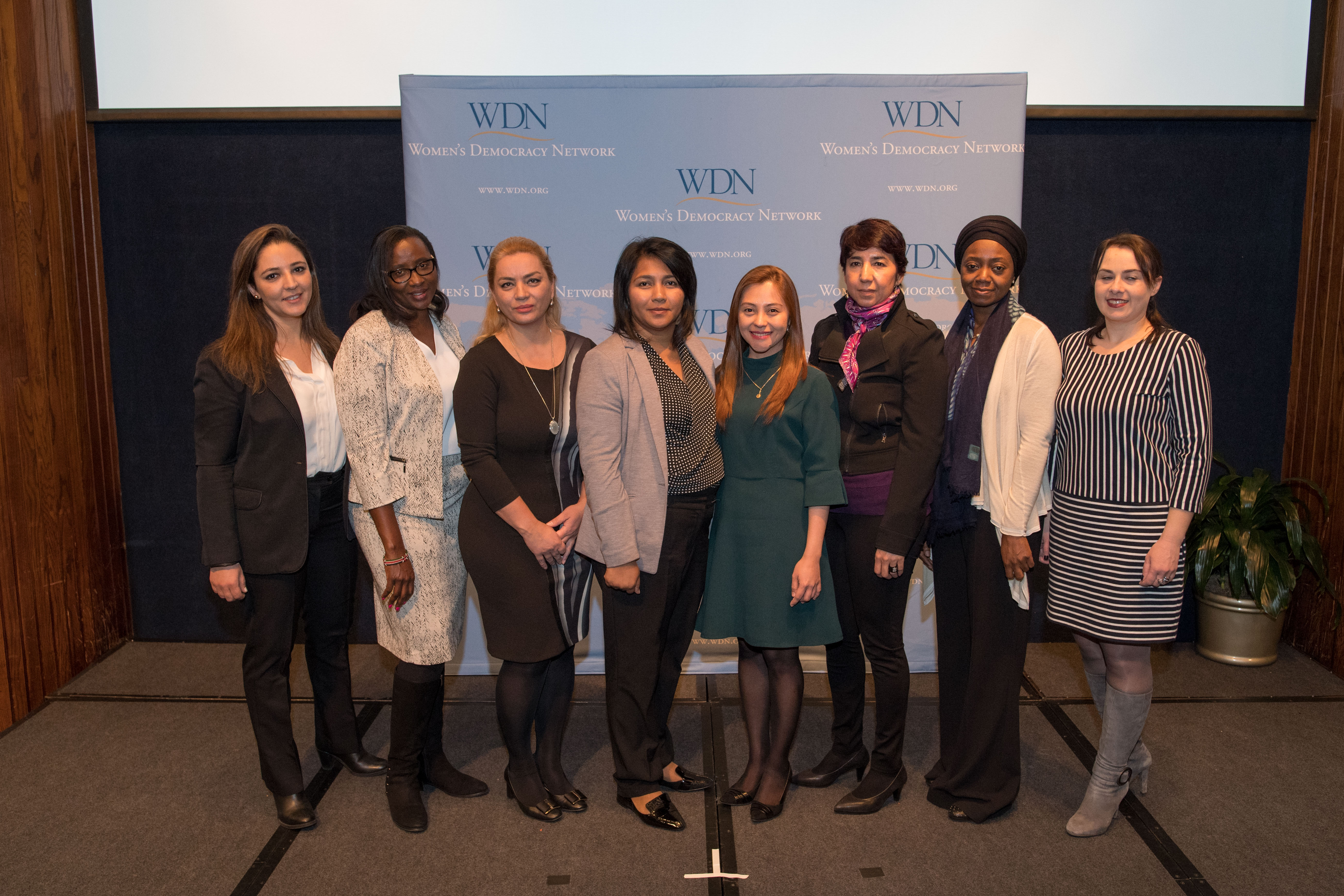 Hergui Luina Fernandes Alves, from Timor-Leste, was part of this year’s eight-women delegation. Hergui is the president of the Timor-Leste Business Association (AEMTL) and the director of Nova Casa Fresca Lda (NCF). Inspired by her mother’s role as the first advisor for gender and equality in Timor-Leste’s post-independence government, Hergui has dedicated her career towards women’s empowerment and lowering the female unemployment rate.

NCF began as a group of 12 families, but has since expanded to over 150 households, consisting of 53 percent women. These families now have sustainable daily income and women have gained economic independence. NCF’s projects include measuring women’s involvement in business and training and mentoring female entrepreneurs.

As a mother and professional herself, Hergui advocates for women’s empowerment in the family. The women in NCF “are more capable to send their kids to school and have more power in their family,” she said.

The company has gained recognition with the Timorese government. “Now my company has been identified as a key partner of the government as a best practice to promote and incentivize local and foreign potential investors into investing in the area to diversify the economic activities beyond oil and gas,” Hergui said.

Women like Hergui are increasing the role of women’s decision making in Timor-Leste. With opportunities like NCF, women are empowered to participate and become economically independent. WDN’s work in Timor-Leste aims to empower women to increase their capacity in the labor force and engage with politicians so that local and national governments can reflect the needs and desires of all citizens.

“We are the decision makers of our life and our effort will determine our future. Never give up despite the barriers women face, but believe that your hard work today will be your success tomorrow,” encouraged Hergui.