Inclusive Civic Activism as a Way Forward in Sudan

Sudan is approaching its sixth week of national protests—the longest under President Omar Al-Bashir’s regime. Despite violent repression by Sudan’s security sector and military, resulting in approximately 40 casualties and more than 800 arbitrary arrests, protesters have only grown more determined. Can these protests, however, prove powerful enough to instigate a change in the country’s stagnant democratic trajectory?

Sudan is located at the crossroads of sub-Saharan Africa and the Middle East—a strategically complex place in the world. With abundant agricultural and natural resources, it should be a country of wealth and stability. However, Sudan’s complicated past is affecting its future.

Sudan’s complex revolutionary history that includes three parliamentary democracies and three military governments may provide a window into the potential outcomes of current protests. Sudan’s 1964 and 1985 revolutions were pioneered by a coalition of middle-class activists from civil society, academia and professional associations based in urban areas, primarily Khartoum, who were frustrated with economic conditions and dissatisfied with political performance.

In both cases, military leaders and political parties supporting the regime (and exiled from political space) filled the power vacuum created by the protests. These groups co-opted the grassroots revolutionary momentum by forming coalitions of support that ultimately lacked accountability once in power and performed no better than their predecessors.

This cyclical, corrupt political culture that exploited Sudan’s previous grassroots revolutionary movements survives in the country today, and can be found when observing the distancing of the military and security sector from the regime’s control and the withdrawal of political parties from the ruling coalition to call for Bashir to step down. Despite these parallels, however, significant caveats between today’s movement and former revolutions do exist.

Professional associations in 1964 and 1985, took much of the organizational lead that today’s Sudanese Professionals Association replicates. But, unlike the past, the ongoing demonstrations are not exclusively emanating from elite associations of doctors, journalists and educators in Khartoum. Instead, they erupted from the periphery of Atbara, Gadarif, el-Obeid and others, that have had previous difficulty in mobilizing populations in the countryside.

Consequentially, this represents a critical juncture in Sudanese politics in which the opportunities toward inclusive accountability grow more and more legitimate, thereby increasing the odds for sustainable political transformation and ultimately a stronger outcome for Sudanese democracy. What previous civil society movements lacked in past revolutions was the ability to appeal to a broader group of constituents not limited by income, education or class. This inability to bring rural and lower-class Sudanese into the fold thus allowed political parties and military leaders to mobilize these same people through appeals of nationalism and religious fundamentalism.

The growth of community-level grassroots groups outside of its usual demographic and geographic area over the last decade, and their persistent mobilization as evidenced in 2011 to 2013, has resulted in a change in power dynamics between the grassroots level, political parties and the military, that makes it more difficult for the latter two institutions to engage in the same co-optation tactics.

So, how can activists and their supporters help to maintain transformative momentum, particularly as various contenders solidify their space around current protests?  Sudan’s pervasive political culture of corruption, co-optation and contention has hindered the success of past political transitions for many of its citizens. Working toward a progressively democratic Sudan requires both taking advantage of this inflection point in Sudanese history and acting with comprehensive, thoughtful and meaningful intent.

Solutions need to be citizen-driven and require engagement and participation across the political spectrum. The ideal way forward for Sudan, therefore, would be for this diverse and politically attune nation to embark on an inclusive process of reform and reconciliation.

The decentralized character of the protests already reveals that conditions for cooperation amongst actors are achievable. The real test, however, will come the day after Bashir leaves power. That is when the most important and difficult trial of Sudanese democratic history will begin. 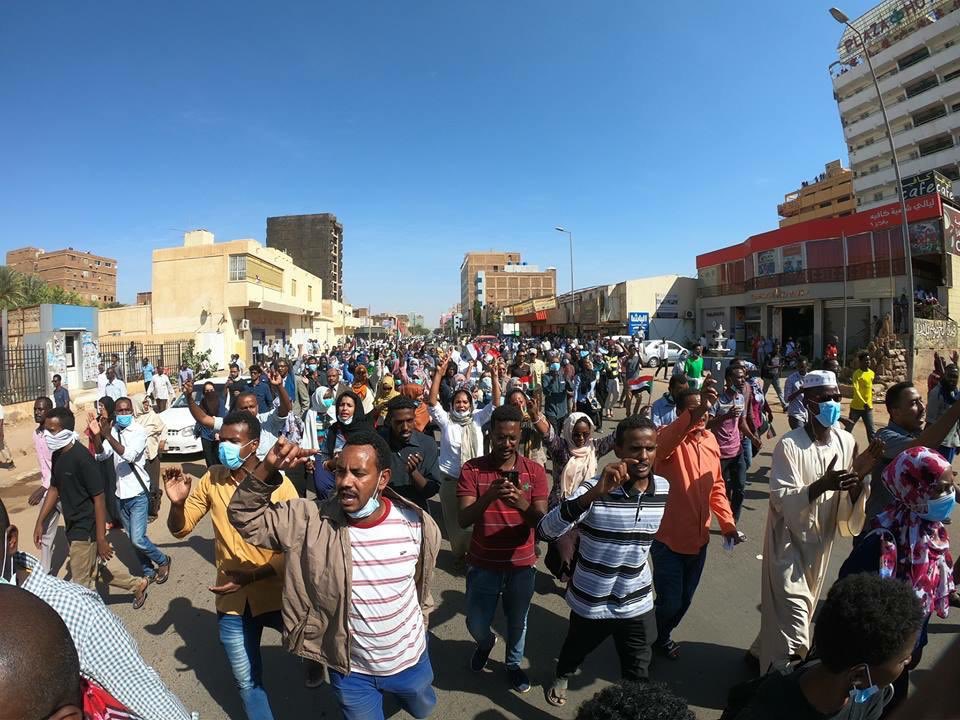