International Day for the Elimination of Violence Against Women

Ten years ago, WDN was founded with the mission to empower women to lead. Since then, WDN has reached thousands of women through trainings and workshops carried out by its Country Chapters and in partnership with IRI regional teams.

Our sixteen Country Chapters conduct activities that train women to take on leadership roles in their political parties, run for elected office, and develop their skills as a leader. They also hold public hearings and workshops with public officials that raise awareness of issues that are important to women in their countries and communities. One such issue that we have seen as being particularly important across Chapters is that of domestic violence and violence against women. On this International Day for the Elimination of Violence Against Women, we want to take the opportunity to highlight the work of our Chapters in Albania, Argentina, and Peru.

Albania
WDN’s Country Chapter in Albania has been working with Parliament and other civil society organization to raise awareness on domestic violence and enact change. Since 2011, the Country Chapter has participated in UN Women’s campaign “16 Day of Activism Against Gender Based Violence”, which takes place between November 25th and December 10th annually to motivate action to end violence against women and girls around the world. One year, the Chapter worked with another NGO in Albania to organize a protest on the issue. Working with the United Nations Development Programme, the Chapter organized a theater performance with students from an art academy that addressed domestic violence. The performance took place in the cities of Gjirokaster, Saranda, and at the National Theater in Tirana. Blerta Balilaj, who leads the Chapter in Albania, has also been invited to a Parliamentary hearing to provide recommendations for action on domestic violence. The Country Chapter has also advocated for more accessible free legal aid for women, provided recommendations for amendments to Albania’s penal code, and has monitored court decisions related to domestic violence cases. To this end, the Chapter is a member of the group “Justice for All Coalition”, a network of groups focused in the field of human rights, which works to advocate and lobby for a transparent and efficient justice system, free from corruption, that protects all marginalized populations. This year, on November 25th, the Chapter will organize an open forum with women from the national domestic violence shelter and other women from the community to raise awareness to those who do not denounce domestic violence.

WDN’s Country Chapter in Argentina aims to improve the quality of life of women by expanding their participation in public and political spheres to achieve a fairer, more peaceful, more democratic, and more inclusive society. In their work to achieve gender equality, the Chapter has developed concrete actions aimed at better understanding violence against women and children and providing them concrete tools for assistance, care, and referral for legal aide. The Chapter has supported several initiatives over the past five years. In 2011, they carried out community action projects to request an economic increase for violence against women programs. In 2012, they developed an awareness campaign on gender violence against women, to promote the regulation of Law 26.485, which protects women’s rights. In 2014, the Chapter held several Political Education Forums for migrants in Argentina, to raise awareness of the importance of migrant women exercising their right to vote and not be victims of political violence. The Chapter also participated in the march “Ni Una Menos” in 2015 and 2016, with the goal of promoting the importance of social equality in gender issues and of having the national government add femicide to the penal code as a typical offense. The Chapter has also been including a section on violence training for women in the Women’s Leadership Schools that they conduct. Lastly, the Chapter is supporting Ms. Fabiana Tuñez, a member of the National Women’s Council, who has presented the first National Plan of Action for Prevention, Assistance, and Eradication of Violence Against Women (2017-2019). The plan aims to change societal attitudes that naturalize violence and focus on a federal approach that will include the construction of new shelters for victims and measures to ensure that restraining orders are complied with. In July 2016, the federal government have the plan a budget of 750 million pesos over the years of its duration (2017-2019)

WDN’s Country Chapter in Peru works closely with the Women’s Peruvian Parliamentary Caucus (MMPP) to address concerns about issues facing women throughout the country. The Chapter has been active in hosting workshops to strengthen the governing capacity of elected female legislators so that they better understand their roles and can respond better to their constituents. During 2016, the Country Chapter sponsored regional public hearings for the MMPP in Piura, Callao, Manchay and Lima, which acted as forums where new regulations passed by Congress that condemn violence against women, such as the criminalization of femicide, are explained to the public. In these hearings, parliamentarians and the authorities were able to directly receive complaints from their constituents. The Chapter also participated in the march “Ni Una Menos” in August, along with thousands of other Peruvians, to protest the high rate of violence against women in recent months. The Chapter has also held talks at colleges and universities in Lima to provide tools for women in the country to deal with this problem. On November 26th, the Chapter will participate in celebrations and activities to commemorate International Day for the Elimination of Violence Against Women, including a march at Plaza San Martin, one of the most crowed squares in Lima. 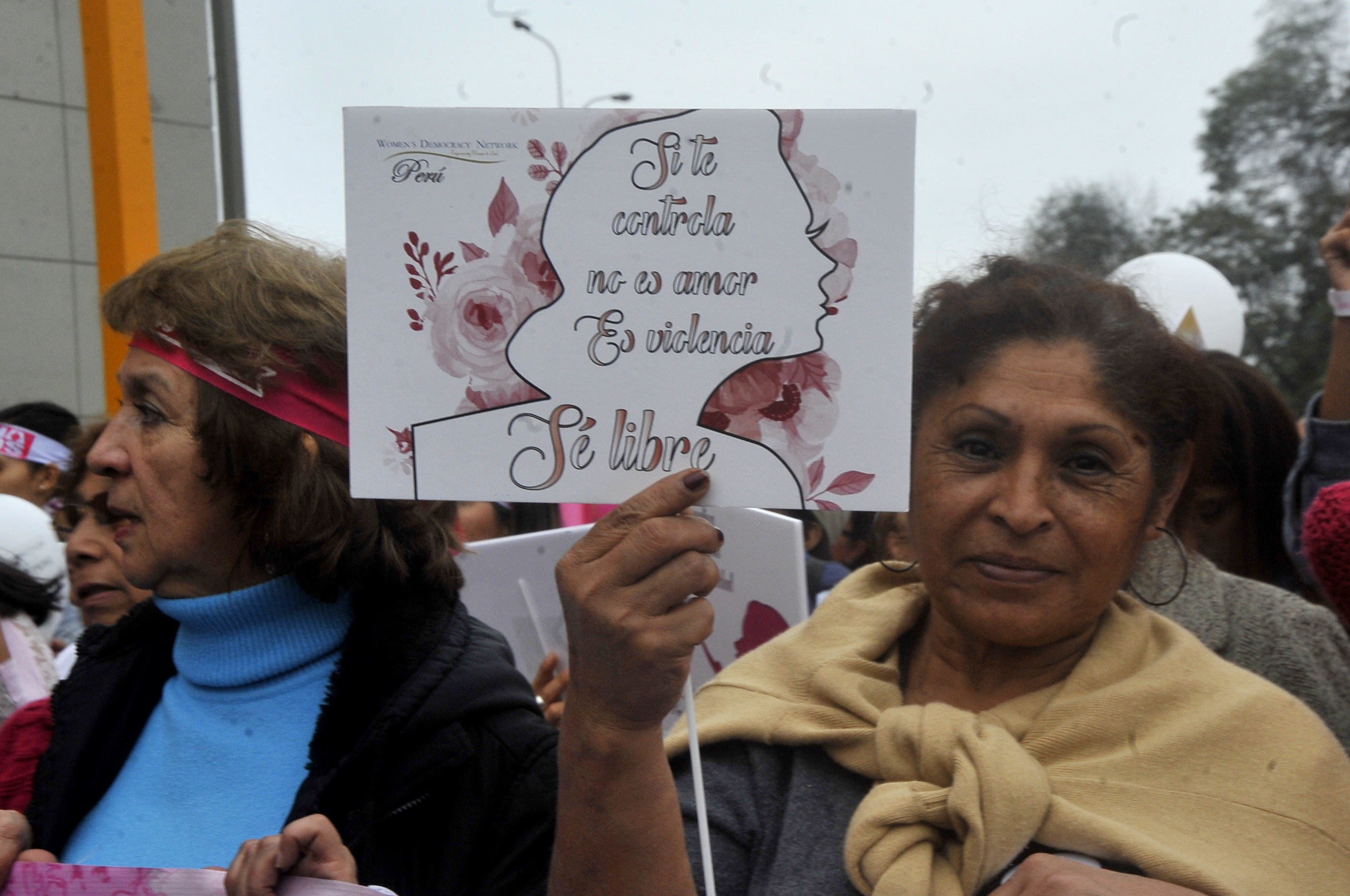