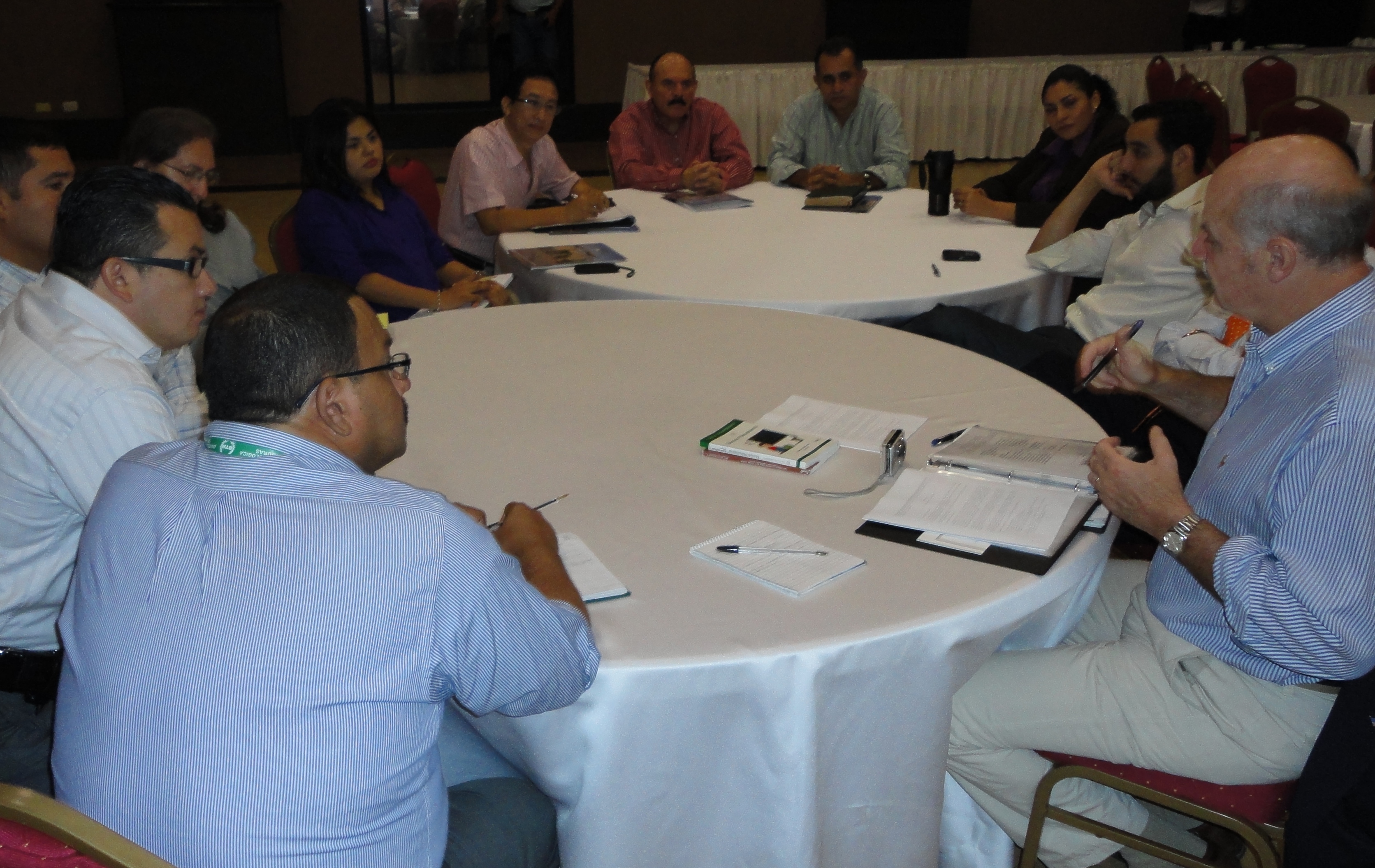 As part of its programming to promote the creation of think tanks in Honduras, IRI recently hosted two conferences to share best practices in public-policy development in a country that has relatively few broad-based policy-focused institutions.  The Think Tanks and Democracy: from Ideas to Public Policy conferences were held in San Pedro Sula and Tegucigalpa.

IRI coordinated the participation of several expert panelists from across the Americas and Europe, representing a range of think tank models and philosophies, all with a reputation for high quality research and solid policy proposal development.

At both conferences, panelists discussed a variety of topics, including the role of think tanks in democratic countries and the importance of think tanks in creating issue-based platforms.  Discussions also included the nuts and bolts of think tanks, such as how to create an organizational structure, conduct fundraising and overall best practices in local policy development.

Participants from existing Honduran think tanks also attended.  As a result of their participation in the conference, members of the PINU-SD party leadership met in a strategic planning session to create the Center for Social Democratic Studies of Honduras, which will conduct research to support the development of public policy that respond to citizen needs.  The group chose a board of directors and also created three working groups to further develop the organizational structure of the center.

Since early 2008, IRI has been working in Honduras to develop local governance programming in addition to working with national level stakeholders to strengthen work of local think tanks.  Through these programs, IRI has worked with all levels of government to improve the responsiveness of the local government to citizen needs and concerns.