The island republic of the Maldives recently made a democratic breakthrough when unprecedented levels of registered voters went to the polls to take their authoritarian leader out of office. Pledging more transparency in government and an obligation to human rights, opposition candidate Ibrahim Solih of the Maldivian Democratic Party (MDP) won by a margin of 17 percent in the September 23 vote.

Since the election, tensions have been high. Incumbent President Abdulla Yameen’s supporters have complained of voter fraud, yet no evidence has been found. Four of the five members of the country’s Election Commission left the country after receiving death threats and fearing for their lives. More recently, President Yameen’s representatives submitted allegations of election fraud to the Supreme Court. In a blow to the incumbent’s claims, the Supreme Court refused to hear evidence from four “secret” witnesses who alleged to have proof of voter fraud. Meanwhile, news reports began to emerge that alluded to Yameen making plans to leave the country.

While Yameen and his supporters looked for ways to undermine the election, Ahmed Naseem, Special Representative to President-elect Solih and a former Foreign Minister, visited Washington D.C. to provide firsthand briefs on the political situation, party’s vision for citizen-centered reform, Maldives partnership with the U.S and India, and how to bolster Indo-Pacific security. His visit included meetings with policymakers on the Hill and senior members of the U.S. foreign policy community.

The former foreign minister culminated his visit with a roundtable discussion hosted by the International Republican Institute (IRI) with members of the diplomatic, think tank, NGO and foreign policy communities in Washington D.C. During the event, Naseem discussed the incoming administration’s governing priorities, the need to restore credibility in the government and the country’s renewed commitment to democracy.

“There are not many countries that get a second shot at democracy,” Naseem said in his opening remarks. “But that is the fortunate position in which we find ourselves following September’s presidential election.”

Naseem expressed gratitude to IRI for our partnership in advancing democracy in the Maldives. “We in the Maldives are extremely grateful to the United States and the team at IRI for helping us make the impossible possible and standing with us all the way. Maldives elections has been a great victory for democracy. Thank you, Dan Twining,” he said. 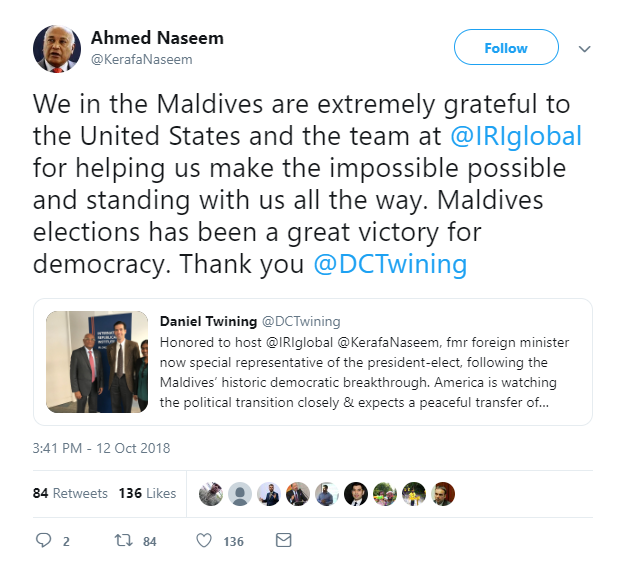 IRI has worked closely with members of the opposition coalition over the past year as the country sought to restore its path towards democracy. The October event was the second event the Institute held this year with former Minister Naseem. He joined IRI in Washington earlier this spring for a roundtable discussion on the Maldives following the country’s judicial crisis. The event looked closely at the implications of the national state of emergency imposed by President Yameen and the threats posed by Yameen’s attacks on the judiciary, which included imprisoning Supreme Court justices.

The event offered a rare firsthand perspective on a rapidly changing political environment that has drawn unusual amounts of international attention.

Just this past Sunday, October 21, the Supreme Court of the Maldives announced its final decision on the election case and rejected the incumbent’s call for new polls. The decision brings closure to the dispute and paves the way for President-elect Solih to take office on November 11. While the incumbent is likely to continue to create minor disruptions as his official term ends, he is unlikely to find any significant support to stay in office now that the results of the election are upheld by the highest level of the national judiciary.

The country has struggled since independence to build their democracy. However, Maldivians have made it clear what direction they want the country to move towards. The island nation will need the help of democracies in the West to secure a prosperous, stable and free future. 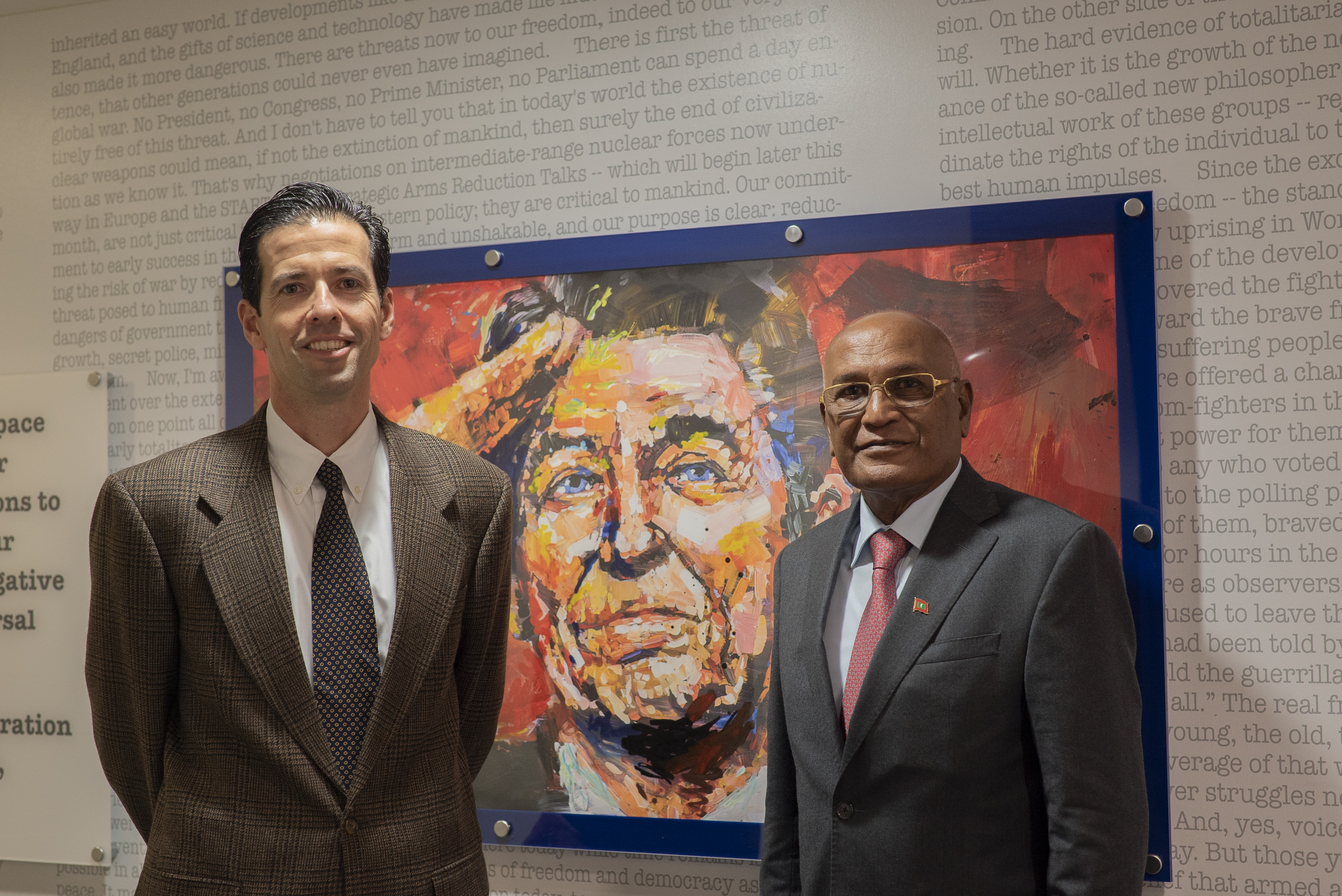