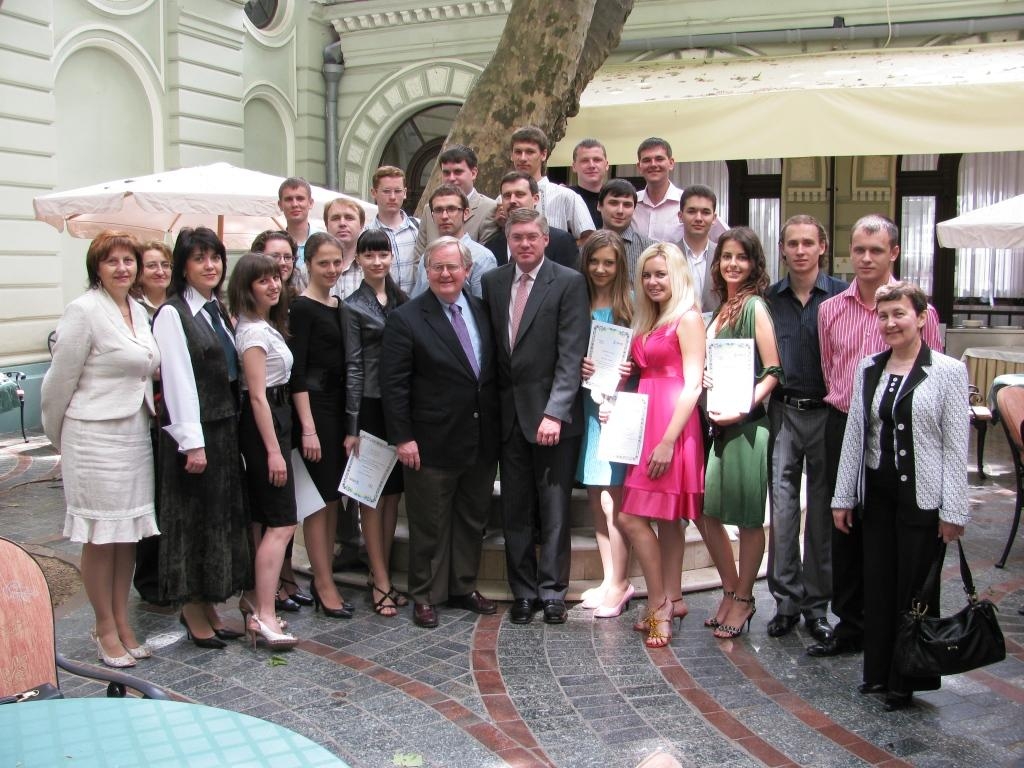 The International Republican Institute (IRI) invited the current U.S. Ambassador to Poland, Victor Ashe, to participate in two IRI events in Odesa, Ukraine in May 2009.  While in Odesa, Amb.  Ashe participated in a seminar for locally elected officials where he led a discussion on good governance methods including working with staff to ensure effective constituent services, tactics for involving the public in a meaningful way in the governmental decision making process at the municipal level and balancing the needs of constituents with larger political goals or party agendas.

The seminar included 35 participants from all the major parties in Ukraine including the Party of Regions, Our Ukraine, Bloc of Yuliya Tymoshenko, Bloc of Lytvyn and the Socialist Party, all of whom are active in Odesa.  Seminar participants were representatives of the Odesa city council and the regional rayon councils.

The Ambassador also had an opportunity to meet with Eduard Hurvits, Mayor of Odesa, and a former IRI “Democracy’s Heroes” award recipient.  During the meeting the Ambassador shared his own experiences as a former mayor and encouraged Mayor Hurvits in his good governance efforts.

Amb.  Ashe’s extensive governance and foreign policy experience made him an ideal trainer for IRI programmatic activities.  The Ambassador served successfully for 16 years as the mayor of Knoxville, Tennessee and has also served as the head of the U.S. Conference of Mayors.