Kuala Lumpur, Malaysia – A nationwide poll by the International Republican Institute’s (IRI) Center for Insights in Survey Research finds mixed views on democratic development in Malaysia, strong support for the right to vote for citizens between 18-20 years old, and split feelings about the country’s political parties.

When asked if they were satisfied with the way democracy was developing, 60% of Malaysians said they are either “very” or “somewhat satisfied”, a 14-point decline since IRI’s previous poll in June 2020.

“Although a strong majority of Malaysians are pleased with the pace of democratic advancement, our poll shows a significant downward shift,” said Johanna Kao, Asia-Pacific Regional Director for IRI. “It’s clear that the recent political turmoil has taken a serious toll on how people are viewing the level of progress.” 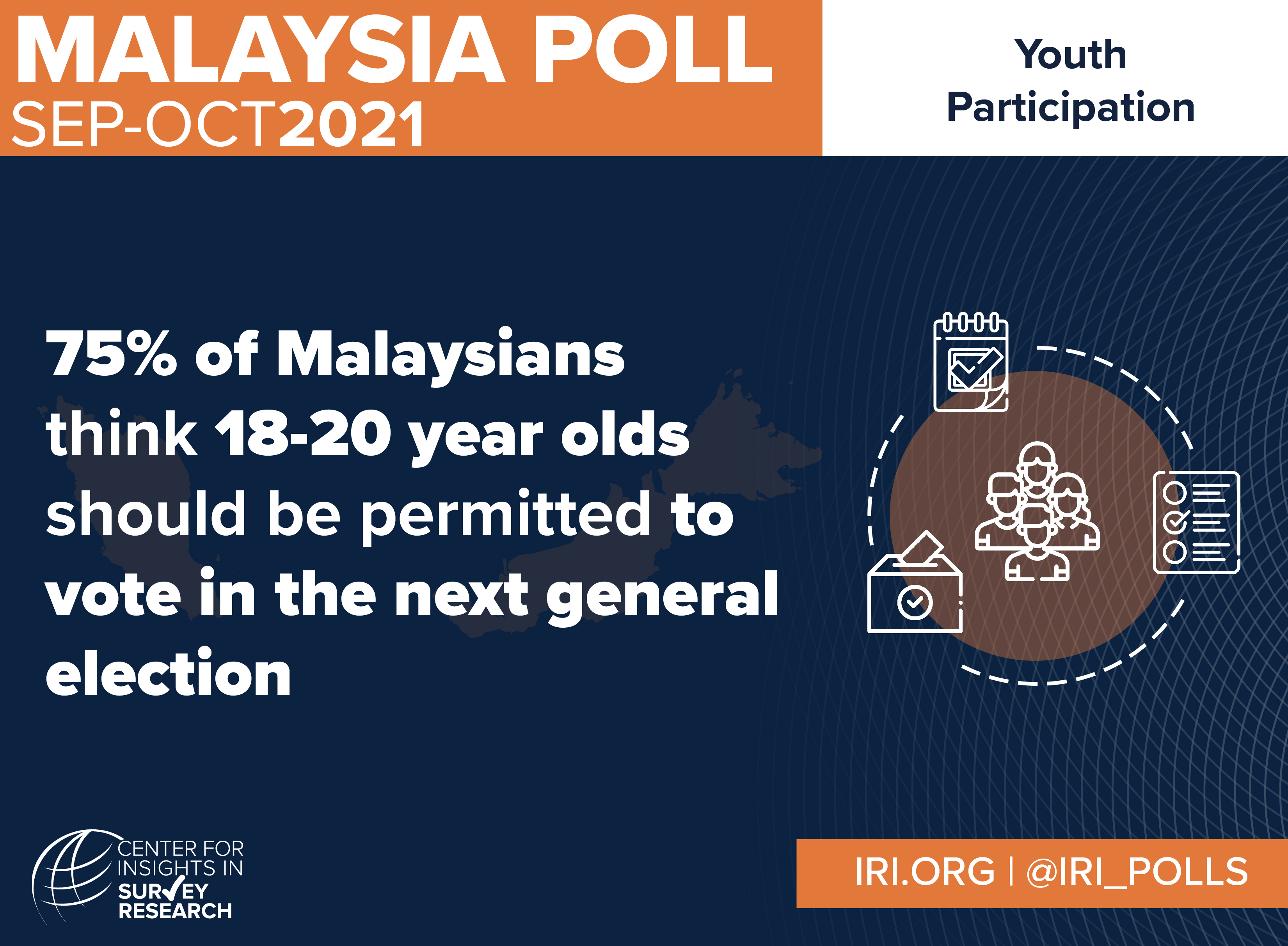 “While many people believe that younger voters should be allowed to cast a ballot, there is a lack of enthusiasm among that demographic to get to the polls,” said Kao. “For democracy to continue advancing in Malaysia, younger voters will need to participate.”

Further, the poll highlights mixed views about political parties. Despite 70% of Malaysians feeling “satisfied” with the federal government’s response to COVID-19, only 29% are “more likely” to support the parties in power in the next general election. Overall, Malaysians are virtually evenly split – 46% versus 49% – over wanting new political parties or being satisfied with the current choices.

The survey was conducted on behalf of the International Republican Institute’s Center for Insights for Survey Research by Central Force with support from Designs, Data, Decisions (D3).  Data collection was conducted across Malaysia from September 28 – October 13, 2021, and is a nationally-representative sample of 1,202 mobile phone owning Malaysian citizens aged 18 and older. After the data collection, the sample was post-weighted for state, gender, age, ethnicity, and urbanicity based upon the 2019 estimates of the Malaysia Department of Statistics. The response rate was 30%. The margin of error at the midrange does not exceed 2.8 percentage points with a confidence level of 95%.