IRI’s Citizen Academy program is modeled after longstanding, successful municipal outreach programs in Alexandra, VA and Scottsdale, AZ. The program started in Jordan near the end of 2015. Citizen Academies provide city residents with the knowledge and networks needed to more effectively engage with their local government.

This is achieved through multiple classes in which municipal department managers provide local residents with detailed presentations about their role and responsibilities—culminating with a graduation ceremony presided over by the mayor. Senior managers from all categories of city departments are represented, from the Engineering Department to the Health Department—and everything in between. These senior managers possess a wealth of knowledge but have not had opportunities until now to share their experience and have constructive interactions with the city residents they serve. By enabling city staff to take a more outward looking approach to local governance and helping citizens engage, both sides of the “governance equation” are strengthened. 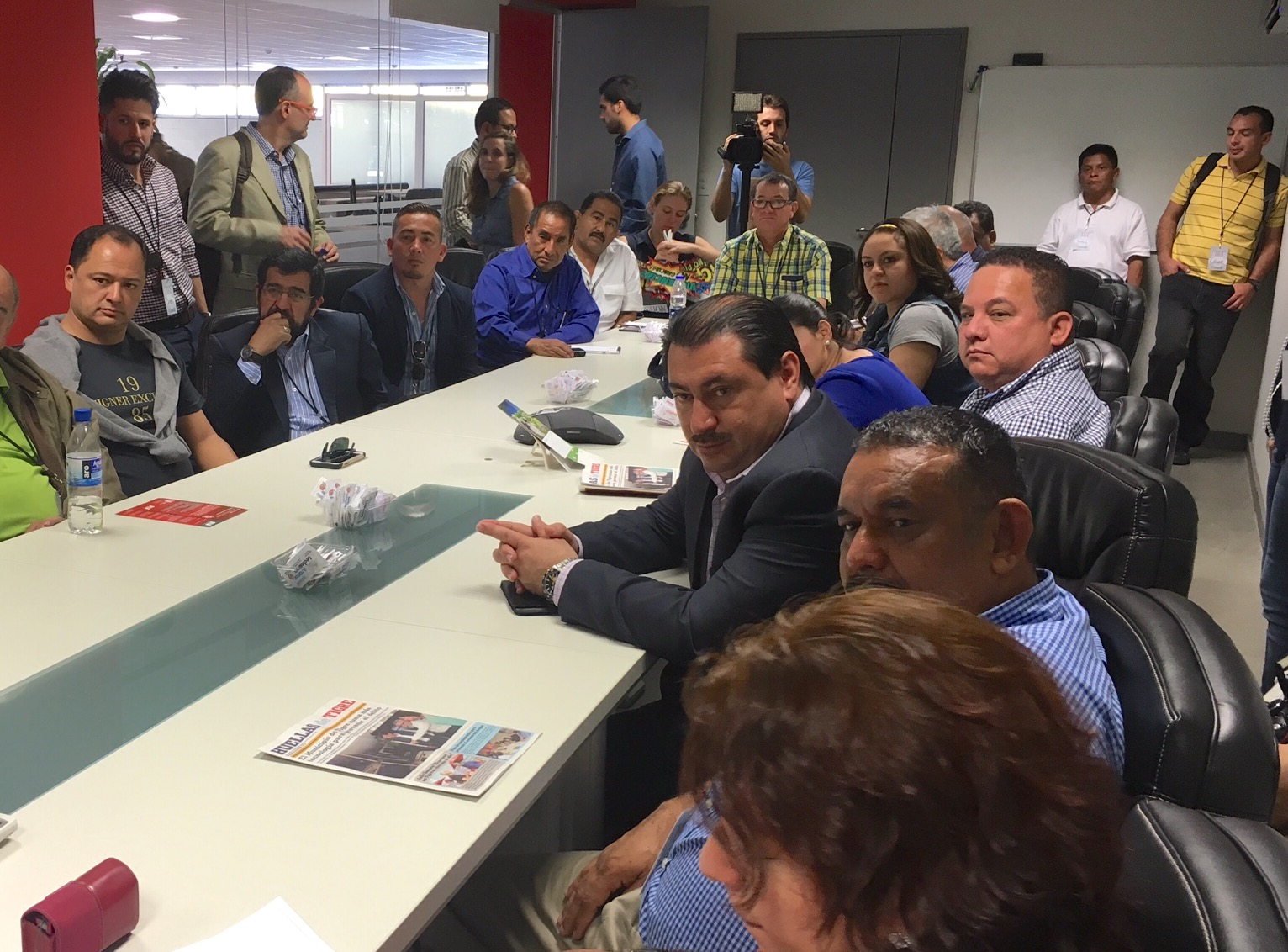 The 237 Jordanians that have graduated from the program thus far frequently mention how they are looking forward to sharing what they’ve learned with friends, family, and colleagues – thereby multiplying the program’s benefits. Most often cited by attendees was how they weren’t previously aware of the many jurisdiction distinctions between national, governorate, and municipal authorities. This misunderstanding previously resulted in city residents reporting concerns to the incorrect government entity or holding their municipal government responsible for tasks beyond its remit. The government and citizens suffered in all cases. As the Citizen Academy program grows, these detrimental misunderstandings will continue to decrease; resulting in more effective municipalities and greater citizen satisfaction.

At the outset of the program, IRI met with mayors and city department managers throughout Jordan to explain how establishing a Citizen Academy could benefit local residents and the municipality. IRI staff described the multiple benefits of the program, including: how graduates of the program could act as conduits to other city residents helping to disseminate information for the city, how a citizenry that better understands city processes and jurisdictions could make the work of city employees more efficient, and how program participants would be more likely to become reliable volunteers for future city events/initiatives. With few exceptions, mayors and department managers were quickly convinced of the program’s merits.

The city residents that participate in the program are recruited in three ways: directly by IRI, by IRI’s Citizen Committees (local activists), or by the municipality. In some cases, IRI and the municipality hold information sessions for citizens interested in the program to further explain the concept and determine the days/times that best fit participants’ schedules.

Next, participating city department managers are invited to spend the day at IRI’s office in Amman to hone their presentations in advance of launching a Citizen Academy. Managers representing various department types and cities attend this meeting—offering a rare and valuable opportunity for them to share experiences and best practices with each other. Jordan does not have a municipal association of any kind, meaning that city managers are unlikely to ever meet one another without this program. After peer and IRI feedback on their presentations, the department managers feel more prepared to face city residents. 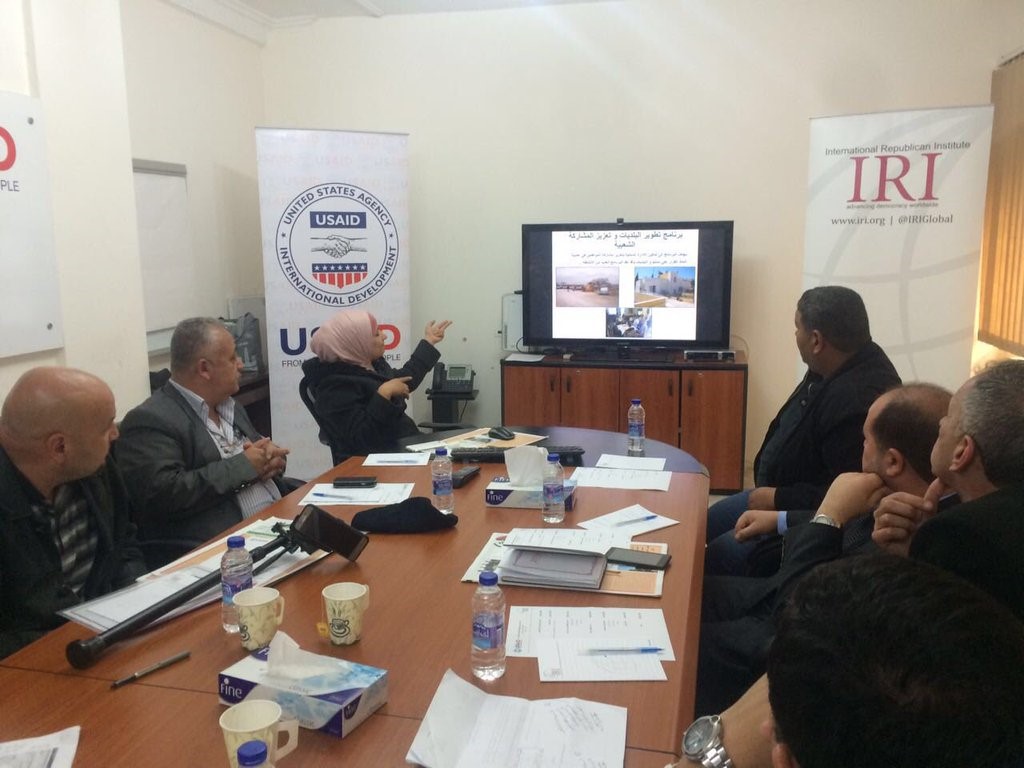 During Citizen Academies, city managers to detail their respective department’s structure, staff responsibilities, location, current challenges, future plans, and engagement protocol. This presentation is followed by attendees’ questions and comments. For instance, citizens might ask about how the influx of Syrian refugees has affected the city, about how certain taxes are calculated, or about upcoming community events. Sometimes citizens comment on information that surprised them. Many attendees do not realize that their city, not the Health Ministry, is responsible for conducting inspections of local grocery stores, restaurants, and slaughterhouses. This new knowledge is helpful in improving and streamlining citizen engagement, such as with the reporting of health violations. Sometimes attendees volunteer to help a department immediately following a presentation, like when a software engineering student offered to help his city’s Planning Department build software to help them digitally sort data instead of continuing to rely on paper files. 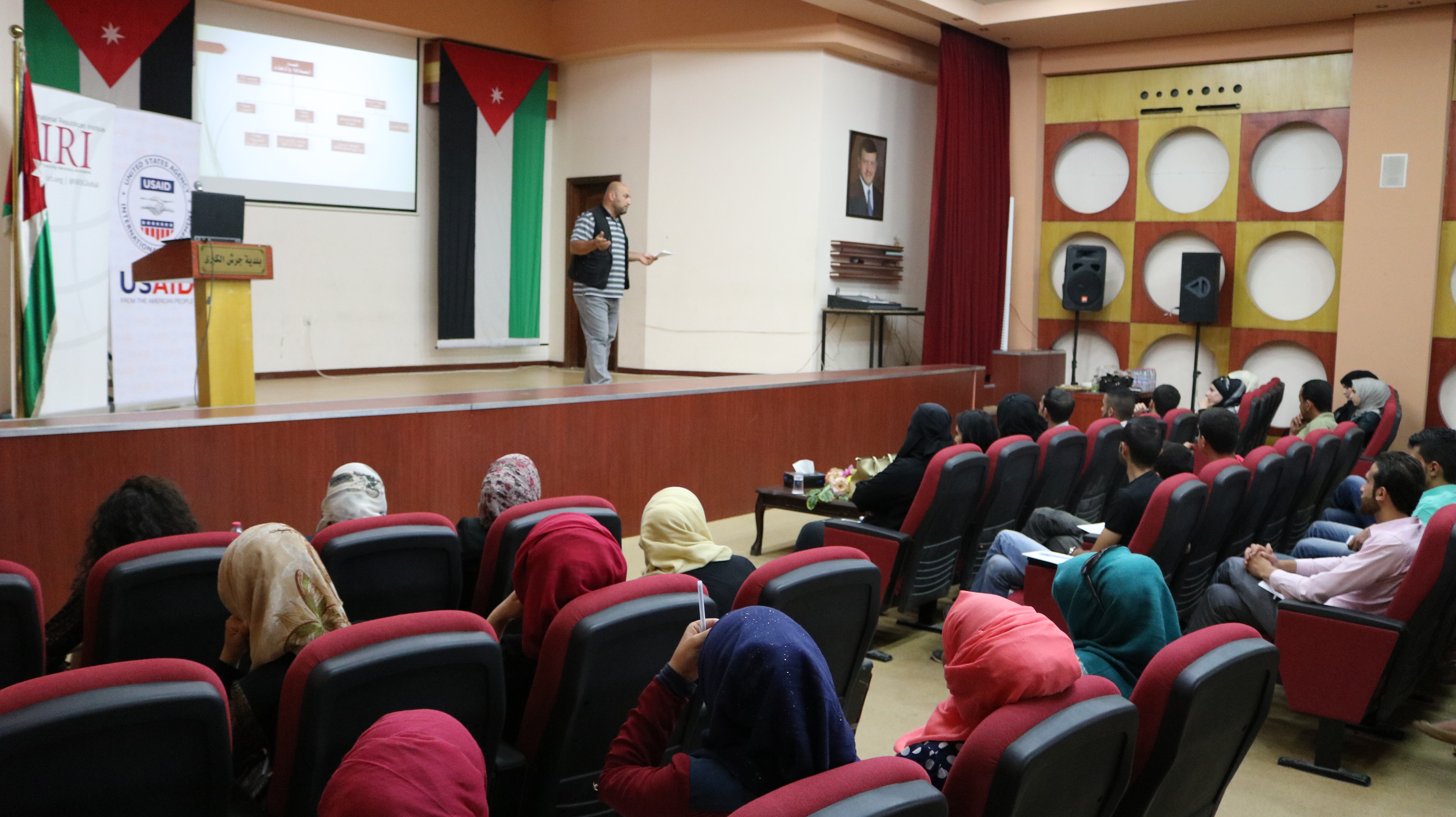 Based on increasing demand, the Citizen Academy program will continue expanding to more municipalities and eventually reach thousands of interested citizens. Academy graduates will become the vanguard of local civic engagement—simultaneously supporting their city as well as holding it accountable. This cohort of highly engaged and knowledgeable citizens are already demonstrating their commitment by participating in other IRI programs across Jordan, such as joining IRI Citizen Committees, attending town hall meetings, volunteering at city clean-up events, promoting the use of reusable shopping bags, creating citizen manuals, and conducting surveys to help track citizen priorities. Increasing levels of cooperation between municipalities, Citizen Academy graduates, IRI, and other stakeholders is playing a big role in bolstering Jordanian democratic governance. 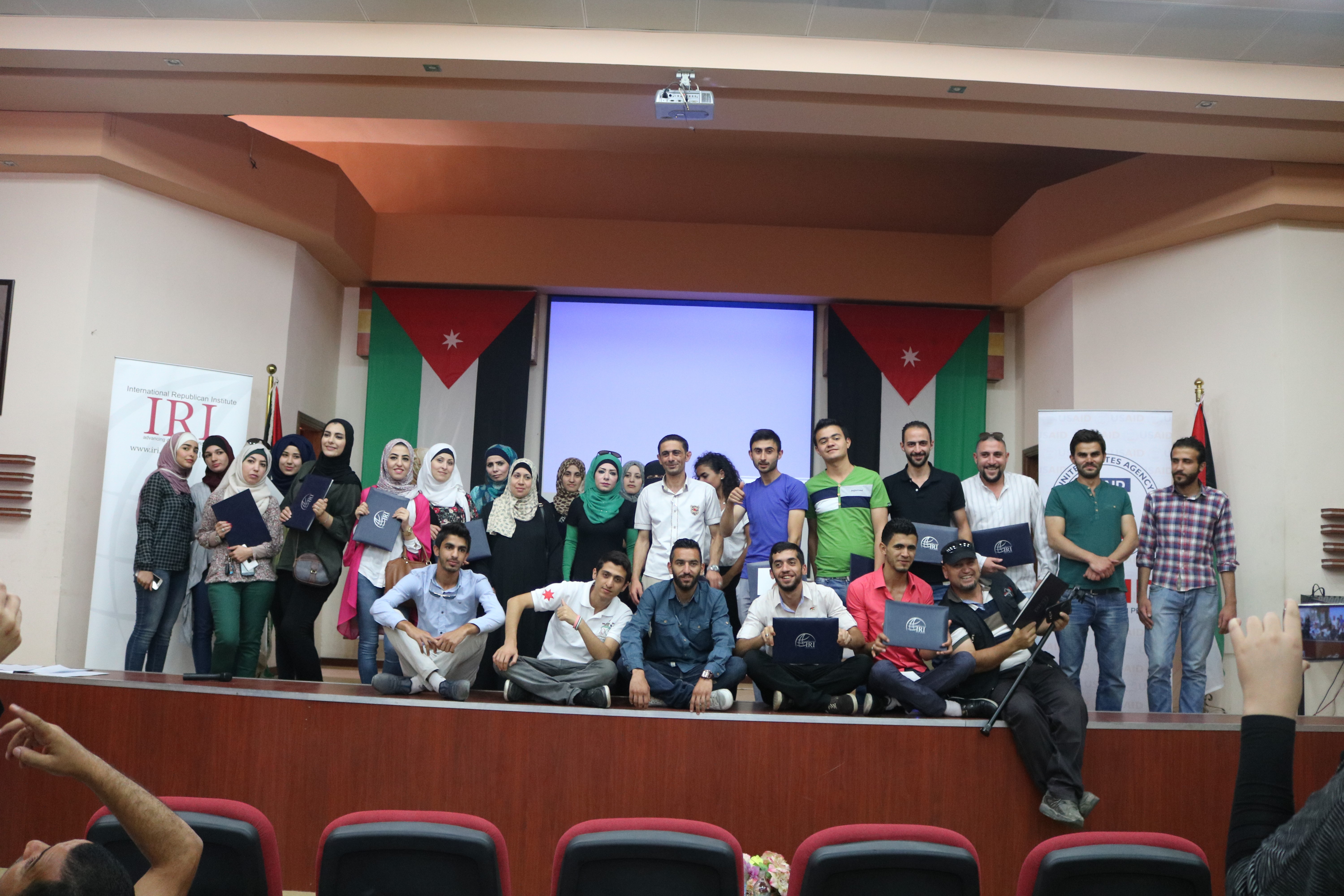