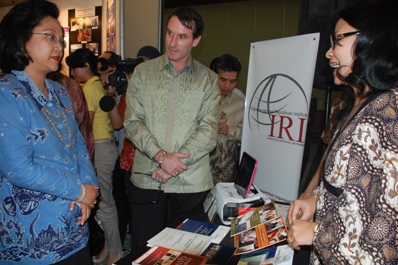 The forum brought together representatives from the Indonesian government, other foreign embassies, and nongovernmental organizations to sharing best practices in the field of democracy development.  During the Bappenas event, Armida Alisjahbana, Minister of National Planning and Development thanked IRI for its support leading up to the 2009 and highlighted the importance of sharing best practices.

IRI’s program in advance of the 2009 elections, focused on political party reform at both the national and provincial levels.  The task force was among the highlights of IRI’s programs that contributed to Indonesia’s third successful democratic election.

Through the recommendations, legislative lobbying initiatives and public hearings made or initiated by the task force, nine of its 14 proposed amendments to the national political party reform legislation were successfully adopted.  Building on these successes, IRI has replicated the task force model in current programming efforts to enhance communication between political parties, legislative factions and constituents.