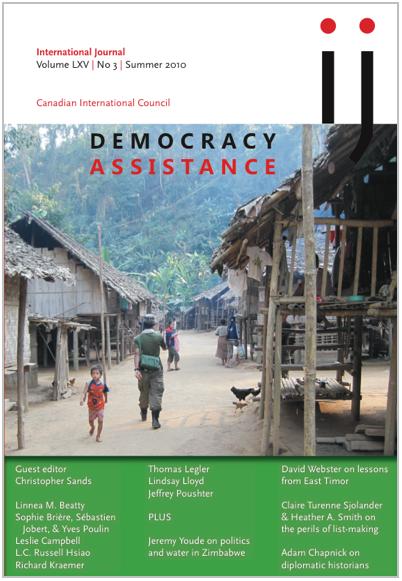 In his article, European approaches to democracy promotion, Lloyd surveys the scope of democracy promotion activities in Europe, with an emphasis on two areas in which Europe’s approach has been distinct: The party foundation model developed in Germany and used with modifications across the European Union, and the unique role of the European Union itself as a transnational source of funding and support.