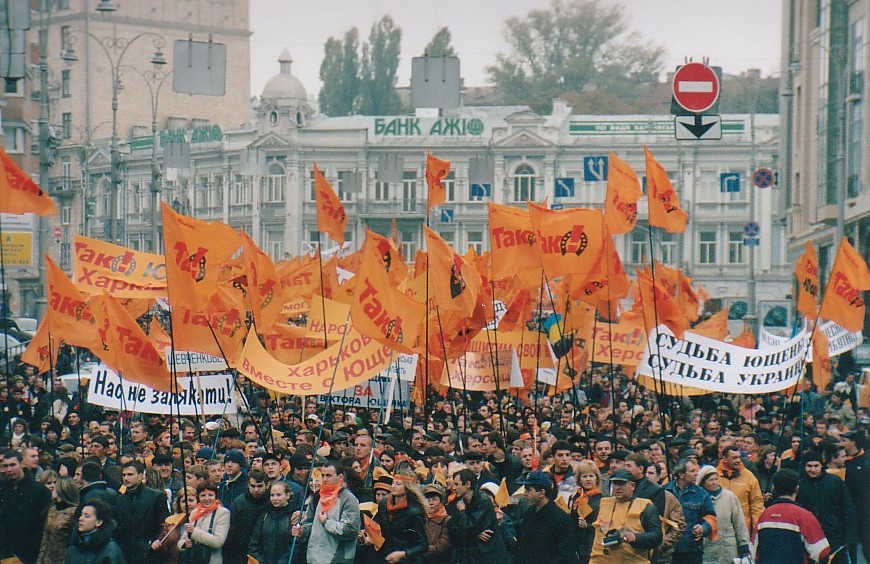 In the Autumn of 2004, many of us were guardedly optimistic that the presidential election might result in a true transfer of power.  This sense of optimism was based upon IRI polling, which demonstrated that if Viktor Yuschenko stayed on message (“government accountable to the people and bandits to prison”) he would win a majority of votes in a runoff with Viktor Yanukovych.

At the same time, many were nervous that manipulation of the vote and outright fraud might be used to prevent what the data told us would be a Yuschenko victory.

After the second round of the elections, many of us in the nongovernmental organization community were both outraged and deflated by what the evidence demonstrated was a stolen election.  The question we all asked ourselves and the Ukrainian people was, “what’s next?”

That question was soon answered.  As I sat in the IRI office on St. Michael Street, only two blocks from Independence Square, we saw throngs of people hurrying to the square.  Soon thousands were gathered on the square, braving the freezing cold and snow, in support of their democratic right to free and fair elections.

The mood on the square was indescribable: strong and determined, but peaceful, organized and festive.  There were people from every region of Ukraine.  Both Ukrainian and Russian were spoken by people for whom human dignity and democracy meant more than differences in language.

When the Supreme Court ordered a new election, and Yuschenko was elected, it became a victory not just for the president-elect, but for those who stood in the square, for those who cast their ballots, and for all Ukrainian citizens.

Finally, the events in Ukraine demonstrated to other people, such as those in Moldova and Belarus, that their transitions would ultimately follow.