Jordan’s Youth Will Be a Barometer of Parliamentary Elections Success

As long-term election observers (LTOs) for IRI and NDI’s joint mission to monitor Jordan’s September 20 parliamentary elections, my partner Dina Sadek and I have covered a lot of miles in the past five weeks conducting ongoing field visits to five governorates and two Bedouin districts in the northern half of Jordan.

Since we are not stationed in any one place for our two-month deployment, our roving schedule has given us the opportunity to learn about Jordan’s diverse communities and observe the social, cultural, and political differences from Irbid to Zarqa to Jerash to Mafraq.  In each place, we’ve met with election committees, male and female candidates, political party leaders, youth activists, domestic election monitoring groups, civil society organizations, and voters.  The information we gather helps us to assess the election preparation, the impact of the new electoral law, role of political parties, participation of women and youth, and degree of voter awareness—and these observations will feed into a joint report that the two institutes will issue after the election.

As election-day approaches, there is more festive campaign feeling in the air, with banners and posters blanketing street intersections and colorful outdoor tents functioning as candidate headquarters. The overwhelming majority of those we’ve reached out to have been eager and willing to give us their time and to share their candid perspectives, even in the midst of a short and intense campaign season.  In every place we’ve visited, Jordanians have made good on their reputation of gracious hospitality – our biggest challenge is deferring the many lunch and dinner invites we’ve received, nearly all of which include an offer of mansaf – the Jordanian national dish of lamb cooked in fermented yogurt that is a source of pride in every home.  Our tight schedule and the fact that I’m a vegetarian sometimes gets us off the hook, but not without repeated promises to come back later with more time to spare.

While voter turnout and youth apathy is a recurring theme and significant concern among all our interlocutors, it has been encouraging, and even inspiring at times, to meet youth activists who demonstrate optimism and enthusiasm about the important role that youth can play in Jordan’s future.   We find these voices from among those who have participated in the IRI Youth Leadership Academies, the NDI “Ana Usharak” (Arabic for “I participate”) program at 22 universities across the country, and other emerging youth initiatives such as “Shaghaf,” a new nationwide effort of 4800 youth members to engage candidates on youth issues and then hold parliamentarians accountable for their performance and campaign pledges.

The degree of participation among the public, and particularly among youth, will be a barometer of the election’s success and credibility.  Among the youth we’ve met, we’ve heard the full spectrum of reasons why some will vote and others will not.  A focus group with a group of six youth activists in Irbid illustrated the range of opinion: Abdullah, for example, a 25 year old campaign manager for a candidate running in Zarqa’s 1st district, passionately explained that voting is their right and their duty as citizens. Since youth comprise 70 percent of the population, he notes, they have a responsibility to make their voices heard, even if they are unhappy with the parliamentary system.  Alia, on the other hand, expressed her deep frustration with the last parliament and the new electoral law, which removed the much maligned one-man, one-vote system in place since 1989, but introduced a proportional open list system that she feels falls short of its aim to foster stronger political parties and issue-based platforms.  She is encouraging her friends to cast a blank ballot on election-day – to demonstrate their desire to participate and be part of the process, but also their dissatisfaction with the law and the candidate selection.

Regardless of what they choose to do on Election Day, these youth represent the future of Jordan’s political life.  The Independent Election Commission, domestic election monitoring coalitions, candidates and the parties all understand that their ability to bring in young people and to make this process meaningful to them – whether as voters, volunteers, campaign managers or future party members – will determine Jordan’s capacity to achieve its ambition to become a modern, tolerant, democratic state with strong political institutions and an economy that delivers for its citizens. 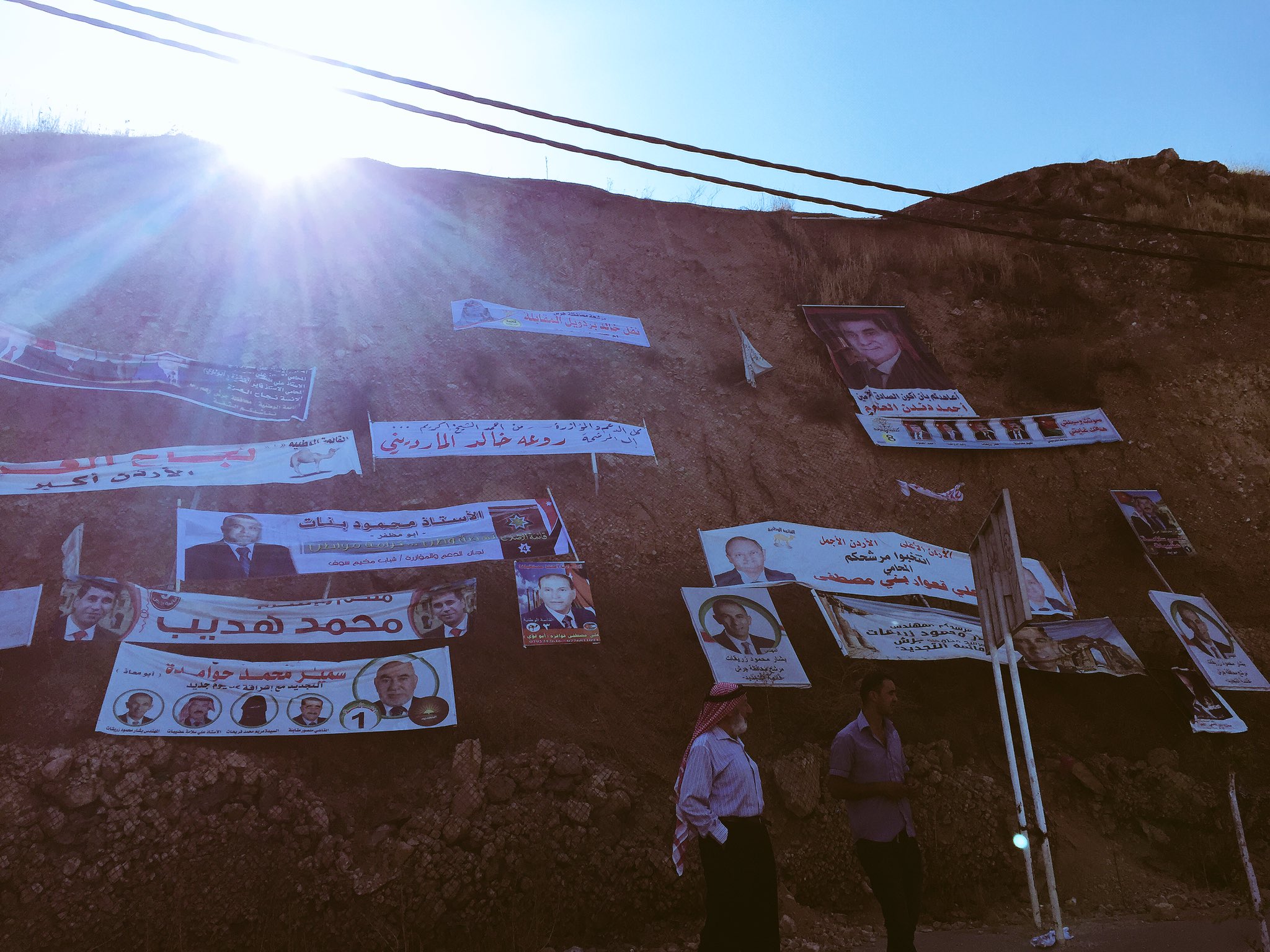