Let Your Voice Be Heard: Local Partner Successes in Morocco

Moroccan civil society activists Soufiyan Saaoudi, 31 years old from Tieflt city, and Khadija Khafid, 26 years old from Kenitra city, met at a training facilitated by Soufiyan on debating techniques organized as part of the Moroccan Youth Voice program. A spark was ignited immediately between the two as they discussed their interests in civil society and media work that shaped their friendship moving forward.

The bond formed by Soufiyan and Khadija and ideas they shared with one another to implement joint projects raising awareness in their communities was largely inspired by local and international media coverage on sexual harassment and abuse incidents.

Last year, a video recording emerged of a young woman – who the authorities said had learning difficulties – being sexually abused on a public bus in Casablanca by a group of male teenagers gathered around her and taking her clothes off as she screams “let me go.” Much to the public’s dismay, the incident occurred in daylight with no interference whatsoever from any of the other passengers or the bus driver causing an uproar regarding apathy around the topic and lack of enforcement of existing laws to protect women from sexual harassment.

Soufiyan and Khadija set out to expose the phenomena in their communities by giving the impacted women a voice and platform to tell their stories to the world and make them aware of their legal rights. 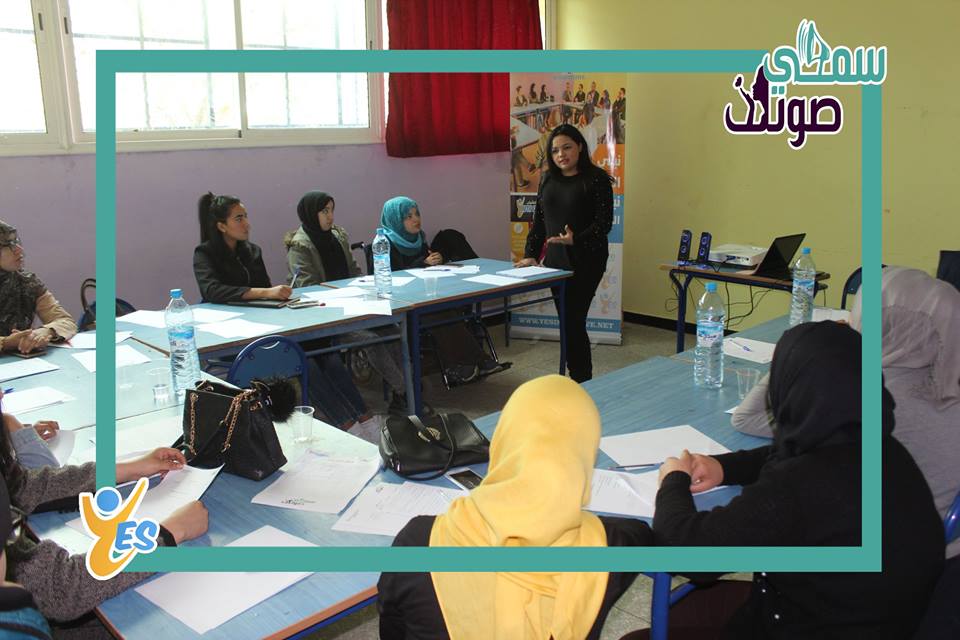 Soufiyan participated in the spring of 2017 in the International Republican Institute (IRI)’s regional fellowship program, the Civil Society Academy, held in Tunisia for rising civil society leaders in the Middle East and North Africa (MENA) region providing civil society actors with targeted trainings and internships to equip them with the necessary skills to do their work. Coincidently, Khadija participated in the Civil Society Academy (CSA) program held in Morocco just a few weeks after Soufiyan’ s participation.

Throughout their participation in the program both showed great commitment to better their communities through civil society work and to raise awareness among citizens on issues of importance to the community.

Following their participation in IRI’s CSA activities, Soufiyan and Khadija applied for small funding offered only to graduates of the Academy to implement grassroots projects to address identified issues in their home countries.

Soufiyan and Khadija started implementing the “Let Your Voice Be Heard” project that works to address the issue of sexual harassment and violence against women in Morocco by encouraging young women to tell their stories and to report incidents to the authorities. Traveling to schools and universities in Tiflet and Kenitra, Soufiyan and Khadija spoke to young women on the existing laws that protect them.

The team created a website called “Sem3i Sawtk” with associated Facebook, Twitter and Instagram pages to spread the stories of women to a larger audience. Understanding that at times many domestic violence victims’ stories go unheard, they also trained young women on how to create podcasts and videos to share their experiences. The project produced more than 15 podcast episodes where program participants told their stories and provided possible solutions to the issue of violence against women. 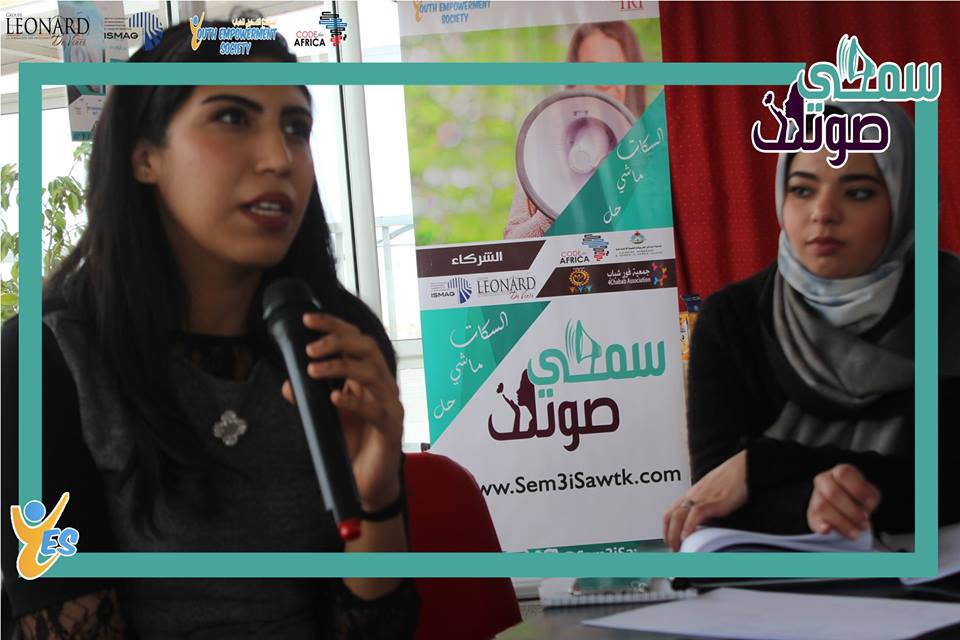 With additional funding from the Euro-Mediterranean Foundation of Support to Human Rights Defenders, Soufiyan and Khadija went on to expand their outreach to Tetouan, Tangier and Khamisat cities. The project was nominated as a successful initiative to be presented at the World Democracy Forum planned to take place in November in Strasbourg, France within the context of how can women use the law to fight gender-based violence.

Soufiyan and Khadija are only two out of the 159 youth IRI has worked with through the CSA. We have seen CSA alumni go on to lead trainings on electoral process, educate persons with disabilities on the International Convention on the Rights of Persons with Disabilities, and become project managers for many programs including an alum managing a program that helps reintegrate prisoners in her home country of Algeria. All of them are spearheading very different projects in different countries in the region. However, to put it simply, the difference between a documentary on racism and training on electoral process is small, the most important part is they are engaged in their community.

Civically engaged youth drive economic growth, democracy and prosperity. In turn, when youth are not engaged in their country, it can lead to violence, instability and migration. The CSA equips a generation of changemakers from the Middle East and North Africa region with the knowledge and skills to better advocate for reform, overcome barriers to meaningful political participation and promote more vibrant, resilient and inclusive country.