Making Hometowns Safe and Prosperous in Central America – Part I

That’s why they leave places like Syria and Cuba. However, you wouldn’t think that would be the case so much in Central America, after peace processes replaced the conflicts of the 1980s that once produced epic migrations.  Yet, emigration from Central America has picked up in the last five years as transnational crime has dug in where fledgling democratic institutions are still weak.  This is especially true at the local level.  Three Salvadoran mayors who visited Washington last week showed us how they are working to reverse this trend.

The three represented communities that won IRI’s Municipal Best Practices Contest, held February 18, 2016 in San Salvador.  The contest was a partnership between IRI’s Governance and Latin America and Caribbean Divisions, funded by the National Endowment for Democracy. Fifteen municipalities from the central and western parts of the country competed for recognition in the categories of citizen security, local economic development, or civic participation.  Town representatives that attended had to present their best practices to a panel of judges representing the local chapter of Jóvenes Contra la Violencia (Youth Against Violence), the Salvadoran Foundation or Economic and Social Development (FUSADES), the National Foundation for Development (FUNDE), and the Netherlands Institute for Multiparty Democracy (NIMD).

Mayor Blanca Orellana of the municipality of Caluco won in citizen security for efforts to promote safe and secure spaces for youth. Because of serious security threats to the wellbeing of the town’s children and adolescents, Mayor Orellana established the Casa Maya, a municipal recreational center that offers sports, entertainment and civic activities to deny opportunities for young people to join gangs or engage in delinquent behavior.

Mayor Pedro Durán and the municipality of San José Villanueva won for citizen participation. Unlike many community leaders who tend to shield municipal council meetings from public scrutiny, Mayor Duran did the opposite and opened sessions in order to promote transparency in decision-making and actually encourage citizens to take part in the process.

Finally, Mayor Jorge Willer Patriz of the municipality of Nahuizalco won for economic development. Markets and plazas are central to commercial life of most towns in El Salvador. Unfortunately, many tend to be poorly organized and plagued by health and security issues. Mayor Patriz tasked citizens to help renovate the face of the central plaza and town center, turning it into an attractive site for commerce and tourism commensurate with the Nahuizalco’s historic status as an indigenous community.

In recognition of their efforts, IRI brought them to Washington to meet with senior leaders in the Washington DC Police Department, the city of Alexandria, Arlington Economic Development Agency, Downtown DC Business Improvement District, and the U.S. Conference of Mayors. They presented at an IRI event “Competition for Local Governance Innovation in Latin America,” and dined with Congresswoman Norma Torres (D-CA), co-chair of the Central America Caucus in the U.S. House of Representatives.  They were accompanied by Ronny Romero and Luis Peña who represented IRI’s partner, the Corporation of Municipalities of the Republic of El Salvador (COMURES).

Revitalizing communities, making them safe for raising families and propitious environments for starting businesses is what will help people avoid having to leave home to survive.  IRI’s support for such efforts helps change local realities to achieve this goal. 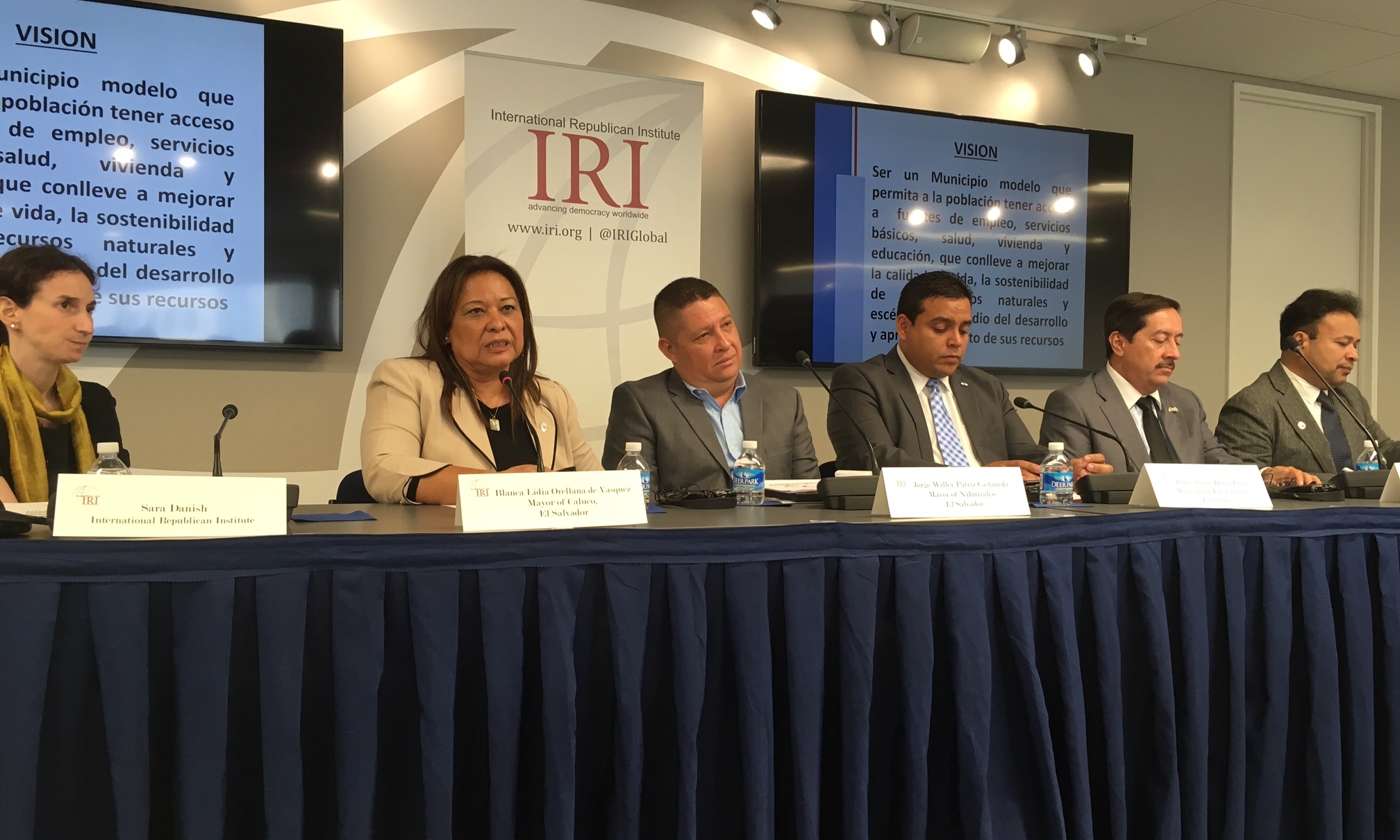 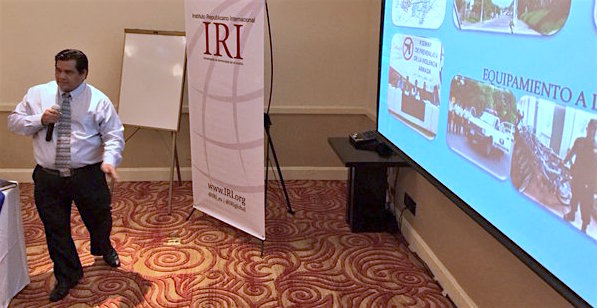