Meet the Future: Gunawan from Indonesia

In my last blog, A Deep Bench, I wrote of 36 incredible youth democracy activists from 13 different countries in Asia who met in Bangkok for a weekend of leadership development. At the event, I had the privilege to meet Gunawan, a civil society activist who co-founded the Sikola Mombine Institute, a local kickstarter organization for young women entrepreneurs. The following is a condensed and edited version of Generation Democracy’s interview with Gunawan.

Q: Could you please tell me a little bit about your personal background?

A: I have a strong passion for human quality development, which I believe can be achieved through effective education. The fact is, equal access to education is still one of the greatest challenges to the development of human resources of Indonesia. In my opinion, one of the solutions to this problem is to provide spaces for people to acquire education both through formal and non-formal channels.

I was fortunate enough to obtain an opportunity to attend the School of Peace in India in 2005, organized by the Interfaith Cooperation Forum (ICF). I continued my involvement afterwards with ICF through their peace movement activities in Asia, which gave me the opportunity to be a peace trainer for several programs in Cambodia, Thailand, and Nepal. For me, this was a priceless experience that helped me understand about how much education can change a person’s life. Based on that notion, I continued to pursue my undergraduate study, taking Education as my major at Sintuwu Maroso Univerisity in Indonesia.

Currently I am the Program Director and co-founder of the Sikola Mombine Institute, an organization that provides alternative education for women in Central Sulawesi. On the side, I also founded Poso Bacaca, a literacy campaign in the post-conflict area in Poso.

Q: What was it like growing up in a conflict area?

I am grateful for a life of blessings. I grew up in Poso, Central Sulawesi, home to communal conflict for more than 10 years. When I was 12 years old the violence started. I gradually evolved from a victim, to a survivor, to a community organizer. I realized when I was a teenager, young people were trapped in a cycle of violence. Young men had the options to be a victim, an actor of violence, or a change-maker. Luckily, I chose the third option. My experiences growing up with a single mother in terrible conditions during the conflict time, helped me see how women face many kinds of discrimination. The lack of opportunities cause women to be what I call “double victims” as they are socially as well as economically victimized. And even though women have a very important role in the community, they’ve traditionally come second in the development process. That’s why I co-founded the Sikola Mombine, to reverse traditional development norms in the region to bring opportunities to women first.

Q: Could you tell me more about your organization?

A: When the organization was founded, Central Sulawesi had a disproportionally high number of people living in poverty. According to census results, in 2015 there were roughly 387,000 people living in poverty, which is 14% of the entire population. The data also showed a trend in the feminization of poverty within the province.

In Poso, the bargaining positions for politics, law enforcement, and governance remains unequal for women. In 2009, we established the Sikola Mombine to empower women to solve these complex problems. We started with four alternative education learning centers in Central Sulawesi. As Sikola Mombine focuses on economic empowerment, we utilize local resources to become business products such as brown sugar, bamboo resources, fish food, and organic vegetables. Women use these resources to create independent sources of livelihood to sustain their families through acquired entrepreneurial skills.

Today, there are currently 30 learning centers in Central Sulawesi that have empowered approximately 500 women in villages to be change makers in their communities. About 25 women, under the coordination of Sikola Mombine, have engaged in advocacy for gender equality, have sought to address violence against women and children, and have promoted the basic social rights of women in their villages. These women have also taken positions in local politics such as becoming a head leader or member of village parliament. 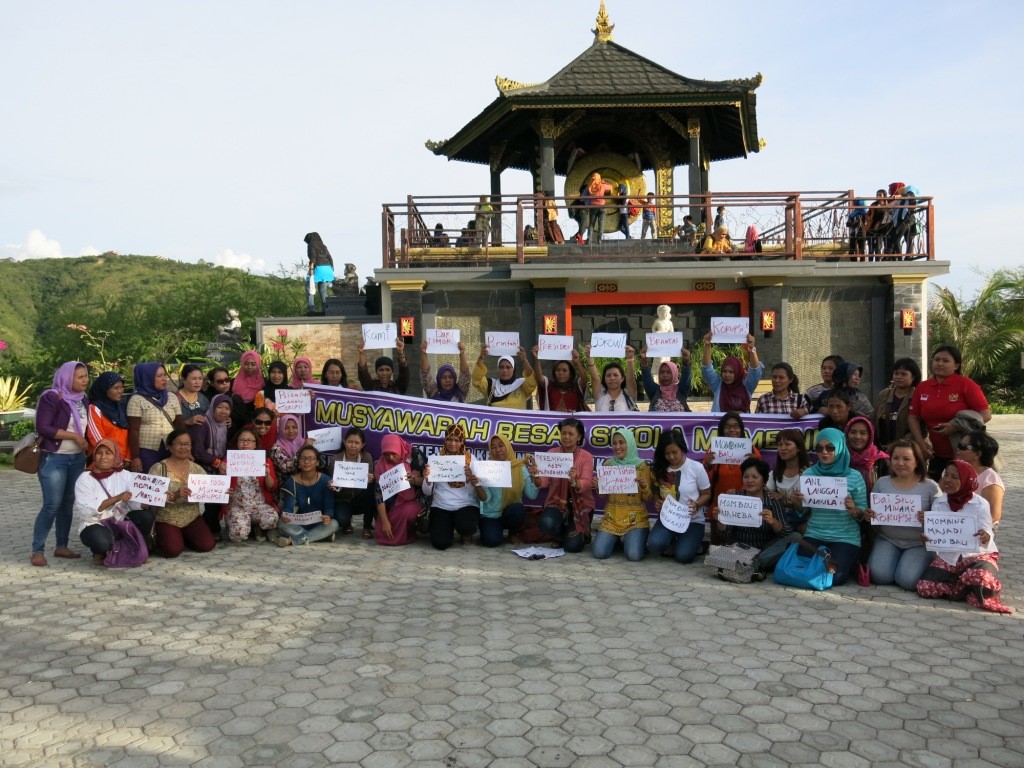 Q: What are you working on now?

As Program Director, I am currently designing and updating curriculum to tackle root causes of inequality. We’re creating modules and methods of learning for women to be able to recognize their own potential power so they can strengthen their bargaining positions in their communities. My team is improving our curriculum to include context-specific economic lessons. An early victory of this work was the founding of Usaha Kampung Sikola Mombine, a women-run enterprise in Solo.

In partnership with IRI, we also recently launched “Mesale” which means “Togetherness” in local dialect. The program unites youth and women to harness specific economic skills to create sustained livelihoods that also create opportunities to become leaders and changer makers in the community.

Meanwhile, I’ve also been active in the campaign for peace through literacy activities with Posobabaca. Together, we are promoting peace in my community through books. We have a mobile library to reach children and young people in remote areas and we counter narratives of extremist violence groups that recruit young people.

Q: How would you like to see your organization evolve in the next few years?

One of the biggest goals of our women entrepreneurs is to expand to reach all women seeking to empower themselves in eastern Indonesia. Through this expansion, we hope to kickstart a generation of women leaders to become involved in Indonesia’s democratic and economic trajectory.

It’s telling when asked about how he would like to see his organization evolve in the next few years, his response was to focus on the goals of others. To learn more about the Sikola Mombine Insitute, please see: https://sikolamombine.org/ 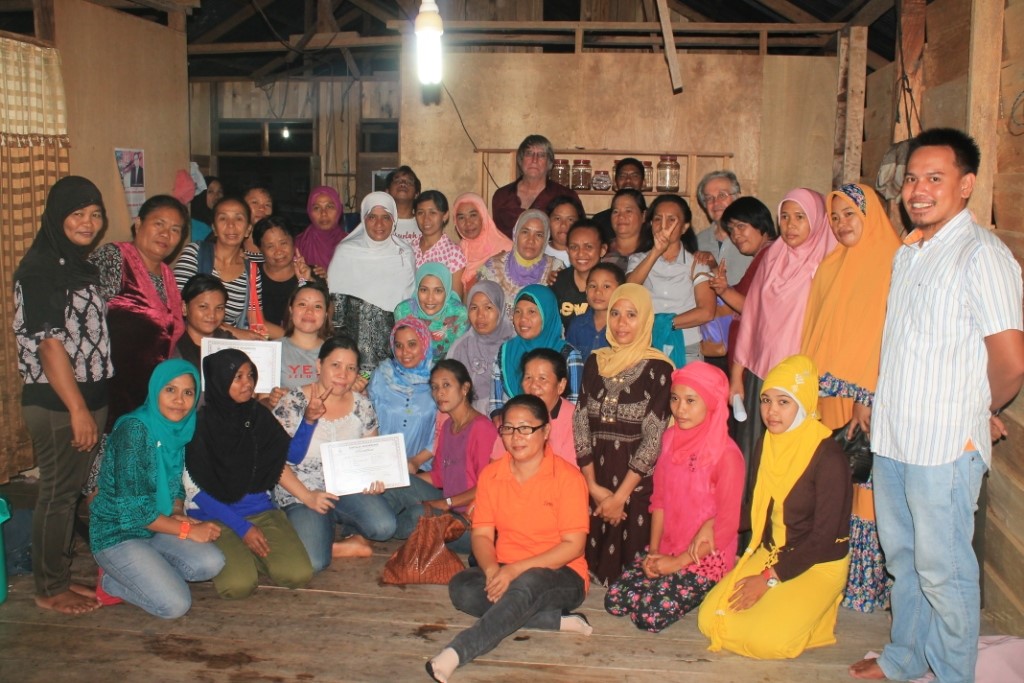