The #NoALaReelection (#NoToReElection) campaign began spontaneously as a reaction to corruption in Panama in March 2017, with a recent surge in August 2018.

This campaign has allowed citizens to channel accumulated discontent towards poor performances, corruption scandals and abuses of Members of the National Assembly and those who now run the country. Even without a visible leader or organization to carry it out, the campaign has permeated the different layers of society and has already been felt in the current electoral process.

The experience that I have gained in the last seven years as a political activist has allowed me to understand how the current political system functions and what its shortcomings are. In 2014, I founded ‘Juntos Decidimos’ (Together We Decide) in order to create a space for discussion and participation of young people in Panama’s political life.

Through my experience, I recognized a lack of competitive political and electoral offers and boredom of the numerous cases of corruption that affect us all. These issues and a personal commitment to want the political and government system to be better for the benefit of all motivated me to run for independent deputy.

I am putting forward my candidacy in the midst of a very complex situation in Panama, but at the same time one that presents new possibilities for politicians. Among other proposals, my platform focuses on modifying the internal regulations of the National Assembly, through the elimination of benefits, among others, such as: tax exemption, salary discounts in case parliamentarians do not attend regularly their legislative commitments and respect the constitution on the functions of the deputy.

My participation as a delegate of Panama in the first Regional Academy of Latin America and the Caribbean of IRI’s Generation Democracy program has been fundamental for me to develop the skills and attitudes necessary in this election. In particular, it has allowed me to have contact with young politicians from across the region, with whom I have been able to exchange experiences, technical inputs and opinions, as well as learn.

Since then I have been able to keep in touch with other alumni of the “Gen Dem” family. Recently, Mayor of Pignon in Haiti Nicolas Victorin visited Panama and I attended the Panama alumni meeting of Gen Dem during a conference on youth and political participation, organized by IRI and the KAS Foundation.

Through my collaboration with IRI, I was able to learn about the work done by the Ideathon winners which was extremely inspiring. To see how at-risk youth have been able to build initiatives with the aim of improving their community at such a young age is admirable and deserves support. Thanks to IRI, I have not only been able to get to know the young winners and their projects, but also to keep in touch with them and explore possibilities for collaboration. Recently I had the opportunity to invite one of the young winners to an informative dialogue about the current challenges members of his community are facing.

It sounds trite, but the reality is that we young people are more than the future, we are the present. The present generation is the most informed in the history of humanity. We are capable. These attributes and other strengths of youth must be used as we construct our country, but never separately as intergenerational collaboration is key. Participating in democracy will allow us to have greater control over the country in which we will live the rest of our lives and the legacy that we will leave to future generations. 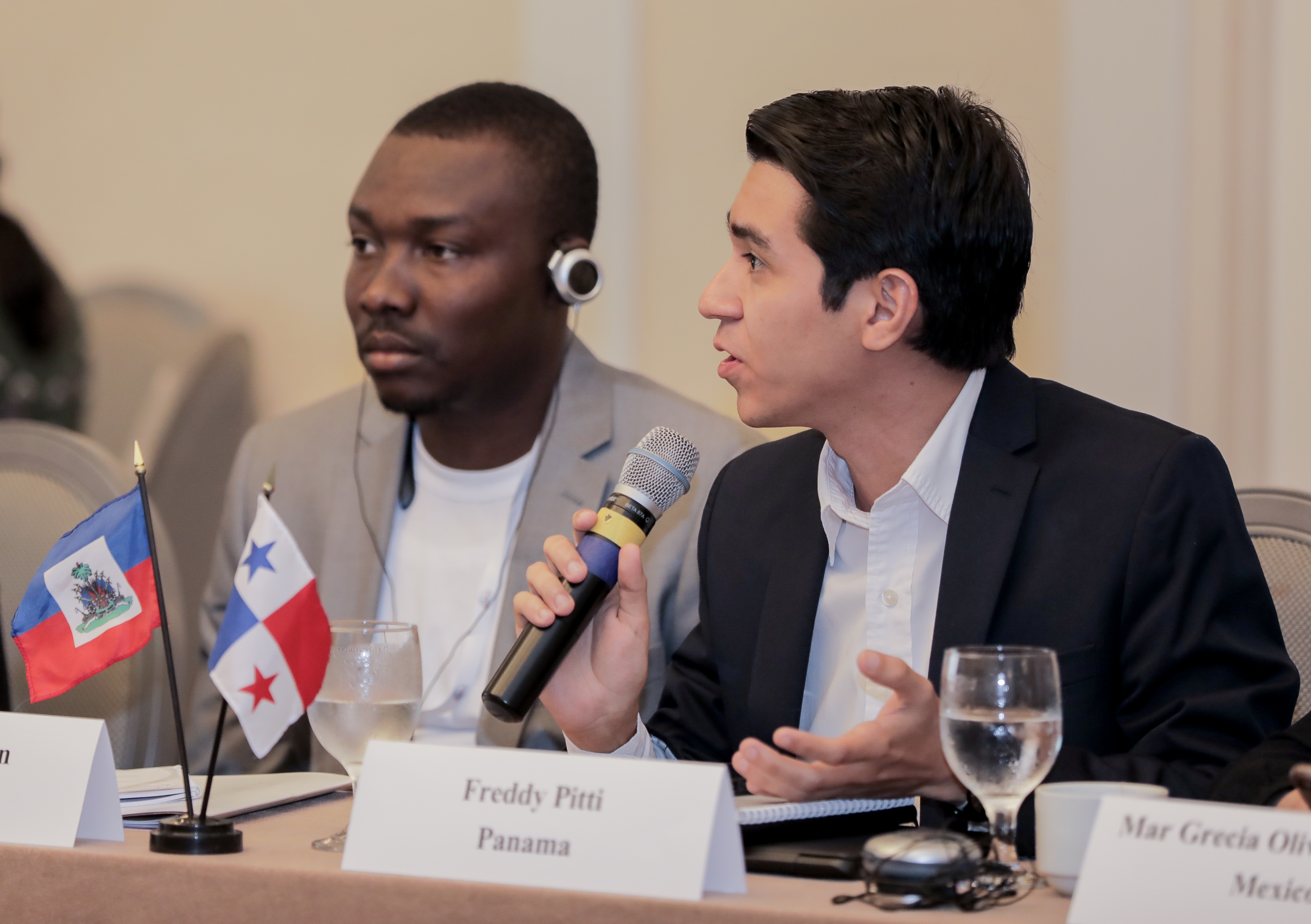