Niger Youth Taking the Reins of Their Future

In Niger and the Sahel region, youth activists face a volatile political climate.

Niger political parties have historically been disconnected from citizens at the local level, especially marginalized groups such as youth and women, a trend which has been only affirmed by recent party movement.  In order to have a full and robust democracy it is critical to provide youth with opportunities for political engagement and civic activism. 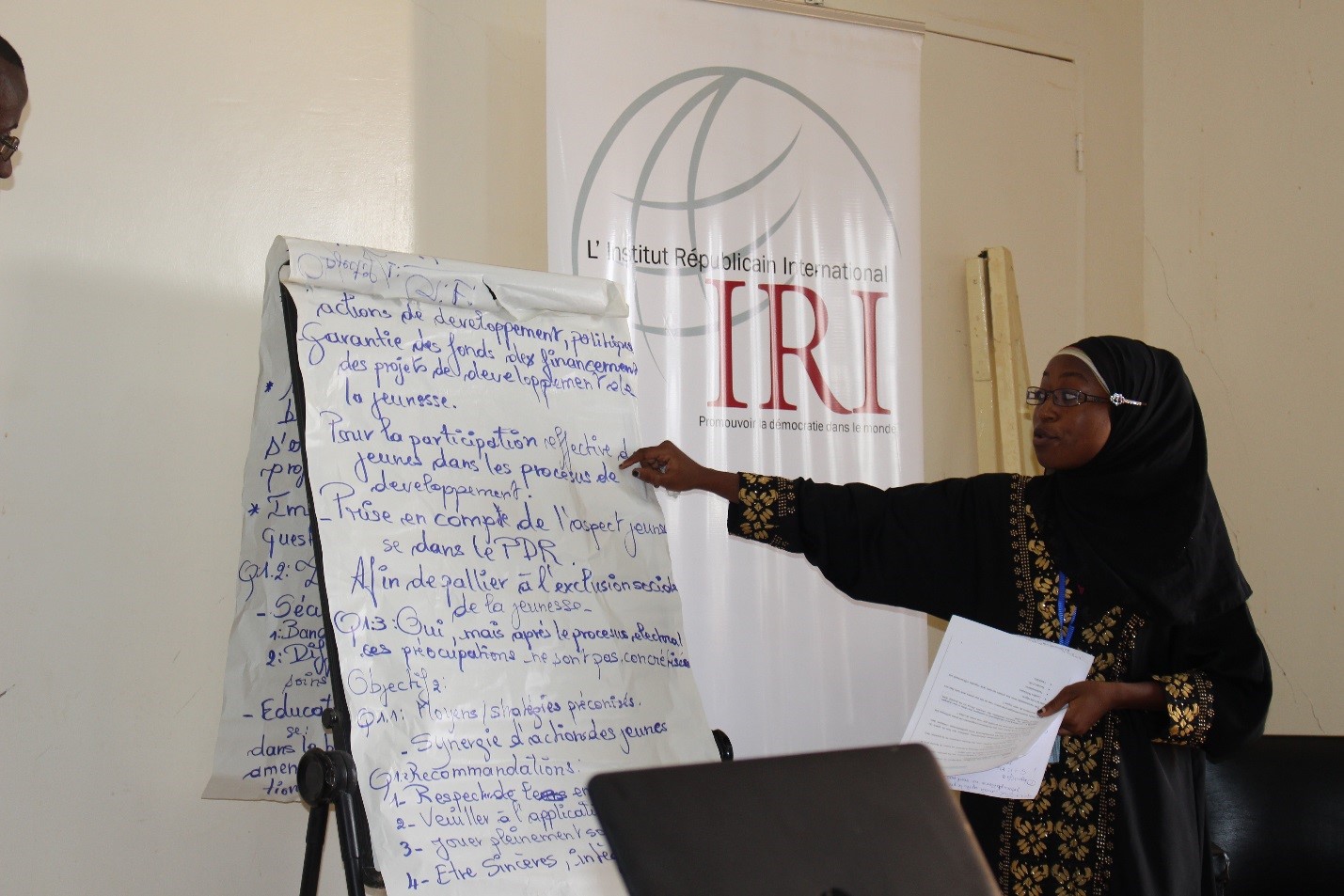 This past summer, IRI  hosted 329 Nigerien youth, including 108 women,  from across the country for multiparty workshops discussing the priorities and recommendations of youth across the country, as well as strategies to mitigate violence in local elections.

During these workshops attendees were exposed to a variety of participatory methods, including theatrical demonstrations which emphasized non-violent civic engagement and mixed working group sessions. Additionally, these young leaders had the unique opportunity to meet and speak with 54 members of parliament and political party leaders.

Building upon the success of these workshops, IRI constructed a voter education workshop in Ingall, Niger this fall. The workshop took place during the Cure Salée festival, known as the Festival of the Nomads, a yearly gathering of the Tuareg and Wodaabe ethnic groups in northern Niger. The Tuaregs and Wodaabes have been historically marginalized and have long fought for greater government representation; for many, this workshop was the first time they could understand their role in influencing their own government.

Bintou Chetima, a 28-year old woman from the region of Diffa, stood out from even such an inspiring list of young activists as those who attended these workshops. Bintou, married at a young age and subjected to domestic violence, refused to let those challenges stop her from eventually obtaining a divorce and returning to school. She then became an active member of the Regional Youth Council, an institution that coordinates youth civil society organizations in the region.

In August 2016, Bintou was invited to participate in IRI’s regional workshop for young political party and civil society representatives. The workshop not only provided her with a platform to engage with her peers on the inclusion of youth, it also provided her with specific tools and strategies to engage youth and run for public office. “This is the first time I have been following a training on political marketing,” she explained. “I find it incredibly useful and I will use it for my activities within the council [RYC]. Here [in Diffa] we never have the possibility to follow such trainings.” With these tools and strategies, Bintou has found renewed confidence and hope for the youth of her region, and finds herself more motivated than ever to affect change.

Engaging young Africans to peacefully participate in their country’s political process and giving them a stake in their Niger future is critical to democracy. Day-by-day IRI is aiding in the development of the next generation of political, government and civil society leaders.