On September 20, 2017, nearly 200,000 Guatemalan citizens protested throughout the country in response to legislators voting to grant President Jimmy Morales immunity from a probe into suspected illicit campaign funding.

Only a few months later, President Pedro Pablo Kuczynski of Peru was implicated in a bribery scandal involving Brazilian construction firm Odebrecht. Tremors from the Odebrecht corruption scandal were also felt in Colombia. In August 2017, Colombia’s Supreme Court called on politicians to testify on Odebrecht’s bribes to the Colombian government.

Combating corruption in the region is a necessity, however, developing legislative solutions to the issues of transparency, anti-corruption and consensus building is no small task. Building from a House Democracy Partnership (HDP) Congressional Delegation (CODEL) that traveled to Santiago and Valparaiso, Chile in September 2017, the International Republican Institute and HDP gathered members of parliament and staff from Colombia, Guatemala and Peru in a peer-to-peer exchange with their counterparts from the U.S. Congress and the National Congress of Chile to develop new ideas on how to tackle these difficult issues. 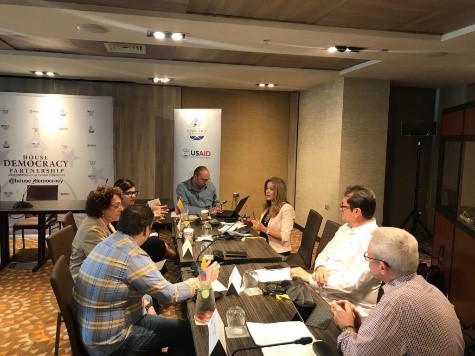 The week-long seminar included site visits, workshops and roundtable discussions with peers from Chile’s Chamber of Deputies, as well as judiciary and transparency organizations. Similarly, the U.S. delegation shared the history of the United States House of Representatives as an example. The U.S. delegation, which included former Congressman and founding member of HDP, David Dreier (R-CA); Justin Wein, Deputy Chief of Staff to Rep. David Price (D-NC); Brad Smith, former Chief of Staff to Rep. Dreier (R-CA); and Vince Zito, former Communications Director to Rep. Roger Williams (R-TX), freely shared their own experiences working in Congress. U.S. delegates led several workshops and conversations on topics such as countering corruption through the U.S. House Ethics Committee and techniques and methods for engaging with citizens to increase legislative transparency.

At the end of the week, each delegation developed an action plan, outlining legislative initiatives they will champion in their respective legislatures to advance transparency and anti-corruption. Ideas picked up throughout the week from Chile and the United States were evident in each work plan, such as creating an ethics committee or congressional code of ethics similar to the U.S. House Committee on Ethics and creating a transparency advisory body, similar to the Transparency Council of Chile. This collaboration produced lasting partnerships and a feeling that these leaders no longer must tackle these issues alone. 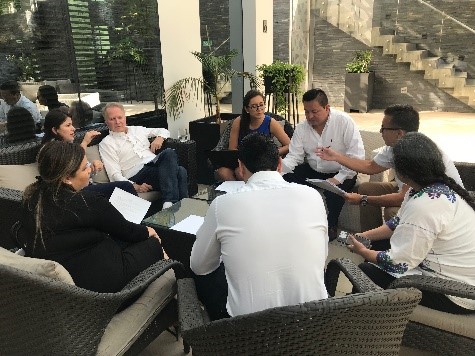 During the final dinner that delegates shared, a Colombian delegate reflected: “From this seminar, we must carry on and continue. So, to continue along this vein, we’ve taken the first step. A strong first step. And that first step now allows up to take the second step, and a third, and as many as necessary, to see that public policy from our congress can be a reliable force for transparency.”

The commitment of each delegation was inspiring. They understood that addressing corruption cannot be done without functioning, transparent legislative bodies, and there was no sugarcoating the epidemic plaguing their countries. The delegates were frank about political realities and the challenges they face to change course. They also know that the House Democracy Partnership is an ally in their efforts to create greater openness and effective government. IRI and HDP will continue to assist these countries in their democratic journey by following up with in-country programs, engaging them on their action plans, and continuing to encourage regional collaboration.

As we learned in Chile, no problem is too big to solve when diverse groups of people come together and share ideas. 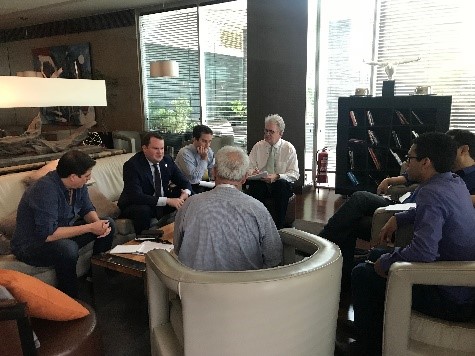 Brad Smith was a Congressional advisor for 36 years on Capitol Hill and served with Members of Congress from both political parties. He was a professional staff member for the House Committee on Rules and a founding staff member of the House Democracy Partnership Commission. Through his work with the International Republican Institute, the House Democracy Partnership and USAID, Brad has conducted training sessions for legislators and their staffs in over two dozen countries.