On February 15, 2017 Indonesians will go to the polls to vote in regional elections in seven provinces, 76 districts, and seven cities, including gubernatorial elections in Aceh and Jakarta.  The latter two elections have dominated the news cycle given their influence in national politics. 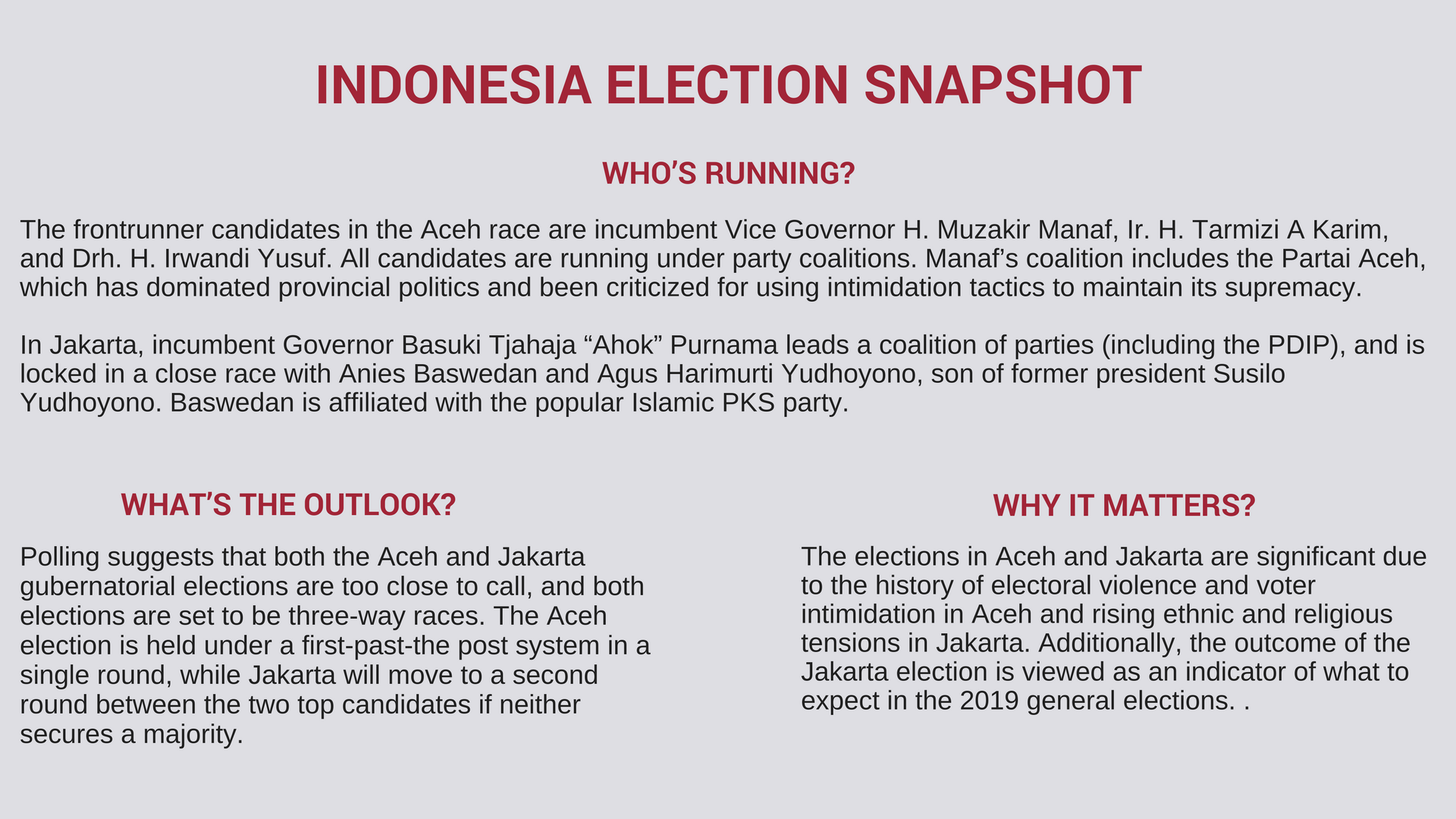 Due to a history of electoral violence and voter intimidation in Aceh, the number of security personnel has been tripled for the 2017 election. The Association for Elections and Democracy (Perludem) has reported 26 incidents of electoral violence in Aceh thus far, and tensions have continued to mount as Election Day draws closer.

The governor’s race in Jakarta is the most closely-watched election, and many see the contest as a referendum on religious and ethnic tolerance in the country. The popular incumbent governor “Ahok” is a Christian of Chinese descent who has been accused by some Muslim groups of being unfit for office by virtue of his religion. When he cited a verse from the Quran in an attempt to counter these claims, this prompted a series of large public demonstrations by hardline Islamic organizations and culminated in a criminal charge of blasphemy against the governor. Ahok is currently on trial for this alleged offense.

While the specter of voter intimidation and electoral violence remains, the political atmosphere in Aceh has improved significantly since the 2012 elections. This is primarily due to the enhanced security arrangements, which have increased the ability of candidates to safely campaign throughout the region. The 2,200 participants in IRI’s poll agent trainings held in Aceh expressed increased confidence in the ability and willingness of security personnel to ensure free and fair elections.

In Jakarta, the close three-way race may hinge on the public reaction to religiously-charged criticisms of Ahok and on the outcome of his blasphemy trial. Additionally, while the governor’s steps to remove squatters from the city have gained him favor with many voters, it has also attracted criticism by some who feel it was executed in a heavy-handed manner.