On December 11, voters in Macedonia will go to the polls to vote in parliamentary elections against the backdrop of an ongoing political crisis. The elections will be held as a result of a political agreement reached following mediation by the European Union and the United States, and are being looked to as evidence that the political situation in Macedonia is stabilizing. 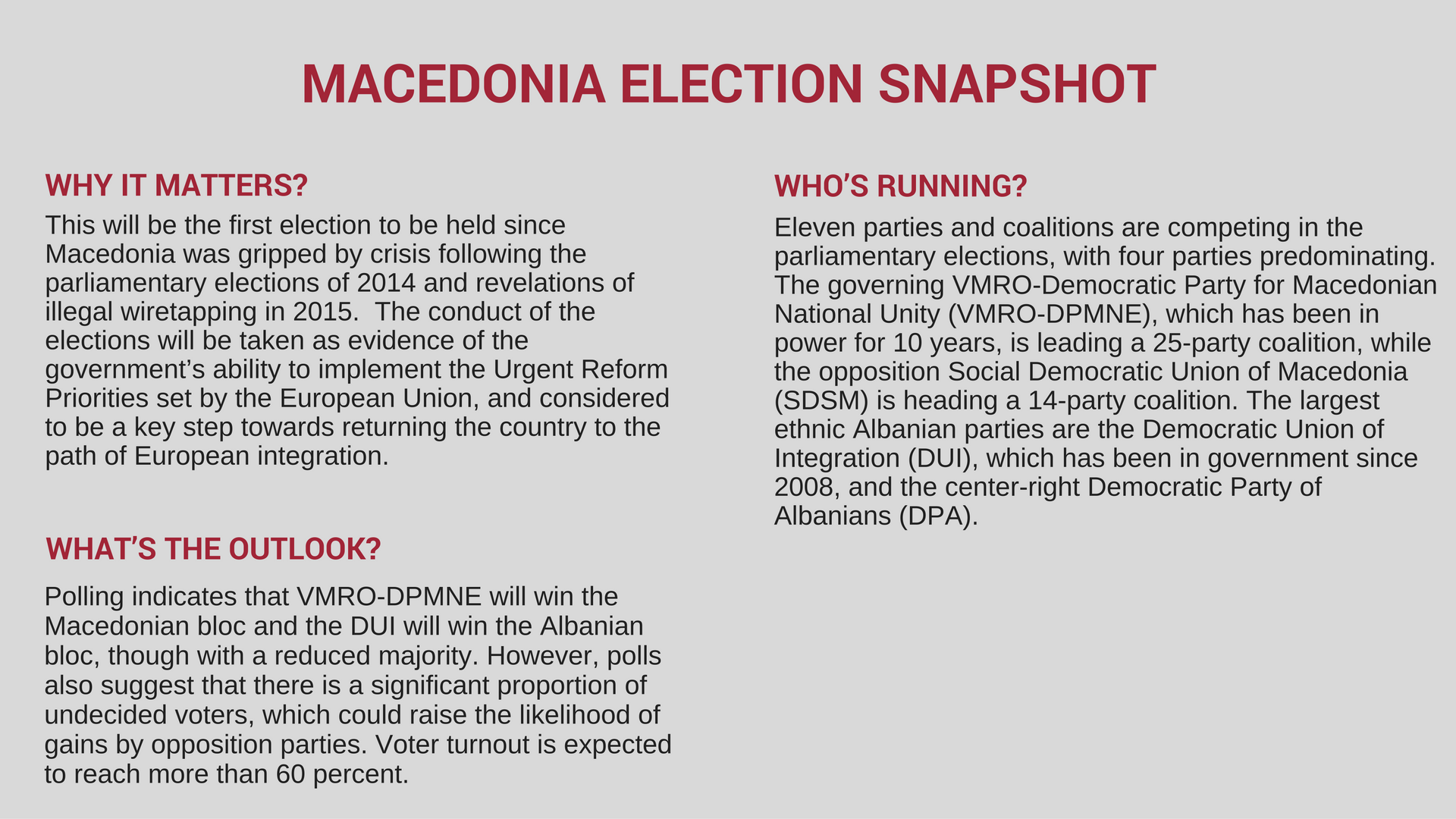 An IRI survey conducted in April 2016 found that unemployment topped the list of concerns of Macedonians (44 percent), followed by the general political crisis (38 percent), and poverty (23 percent), while 58 percent of respondents believed the country is going in the wrong direction. The political situation in Macedonia has been in a state of crisis since 2014, when the Social Democrat-led opposition rejected the parliamentary election results and boycotted the parliament. The following year brought revelations that government ministers, government officials, opposition officials, journalists, NGO activists and diplomats had been illegally wiretapped over a period of several years.

The European Union and the United States have mediated a resolution between the government and the opposition, resulting in the Przino Political Agreement of 2015 between the leaders of the four major parties (VMRO-DPMNE, SDSM, DUI and DPA). The December 11 elections are taking place in accordance with the Przino agreement, after two delays due to unfulfilled conditions of the accord. The Organization for Security and Cooperation in Europe’s Office for Democratic Institutions and Human Rights’ international observation mission has reported “a number of allegations of pressure on public employees to support specific parties,” although the pre-election atmosphere has been calm.

While polls indicate a victory for the governing VMRO-DPMNE and DUI, the widespread pessimism revealed by recent polls and the significant proportion of undecided voters could diminish the coalition’s majority or potentially lead to an upset. The next government will need to take steps to restore public confidence in the political system, as the electorate’s faith in the integrity of Macedonian democracy has been negatively affected by the political crisis of the past two years. It is expected that the election will enable Macedonia’s political environment to stabilize.