On December 1, 2016, Gambians will go to the polls to vote in the presidential election after a year marked by protests against the authoritarian status quo. Incumbent President Yahya Jammeh has promised to win the contest, which is not expected to meet international standards for free and fair elections, risking further protests and increasing the possibility of post-election violence. 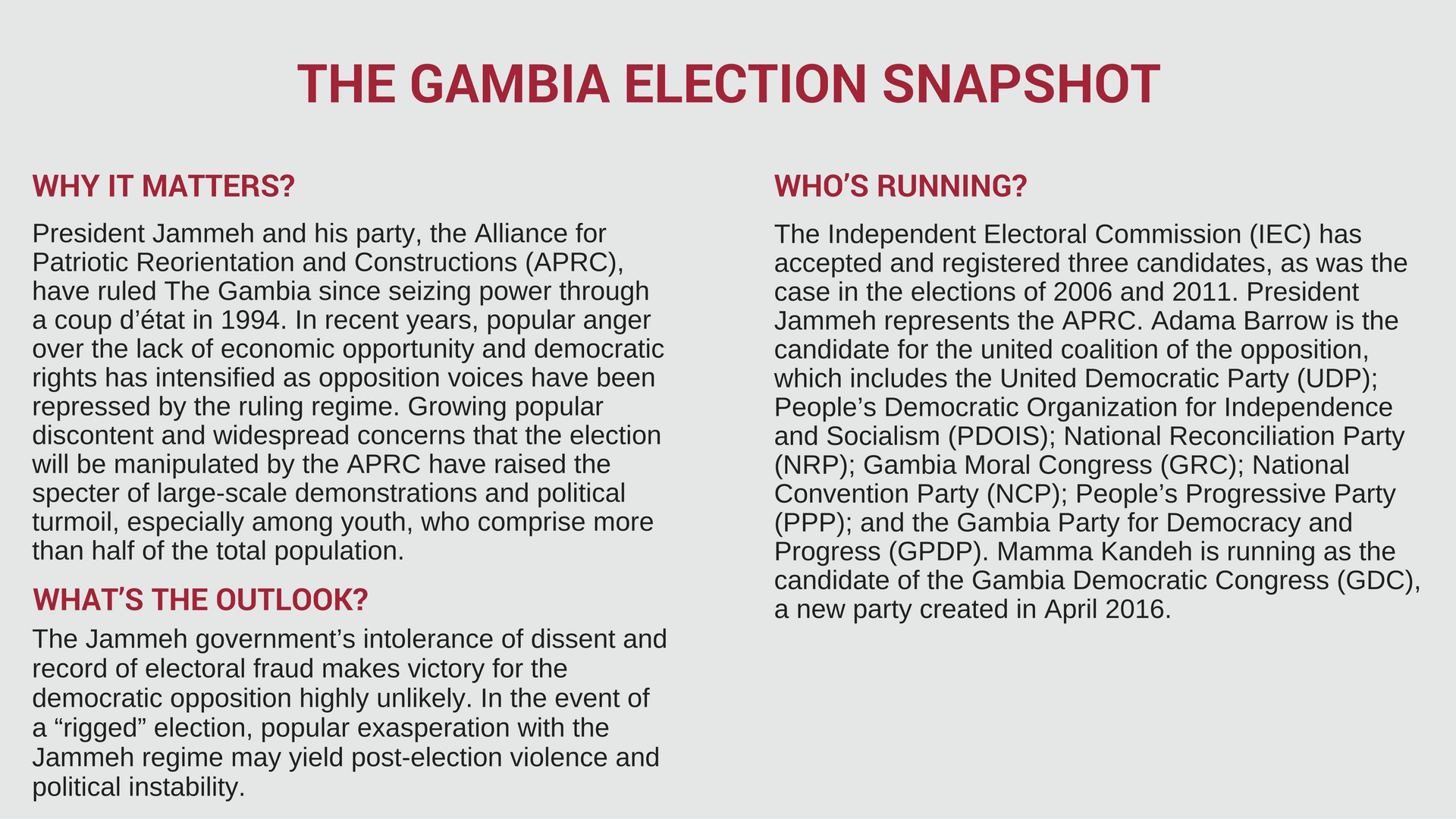 The Gambia’s presidential election will take place in an environment of rising popular tension and dissatisfaction with the Jammeh government. Half of all Gambians live in poverty, and President Jammeh controls the flow of information and news media through a large network of informants that compose the National Intelligence Agency (NIA). The first open protests in recent years erupted in April 2016 when the government amended the electoral law, increasing candidate registration fees. The protests were also fueled by the death of Solo Sandeng, the leader of the youth wing of the UDP, who was allegedly tortured to death while in custody. Following these demonstrations, the government continued to crack down on peaceful protests, imprisoning 30 UDP politicians, including party leader Ousainou Darboe. Despite this crackdown, many activists have spoken out against President Jammeh’s human rights abuses.

The democratic opposition has argued that a united front could provide a path to electoral victory. However, Jammeh’s multiple declarations that he will win the election no matter what happens; the government’s history of systemic electoral fraud; the crackdown on dissent; government control of the media; and the expected absence of international election observers have made the chances of free and fair elections slim. There is a real risk that election-related violence may erupt in some parts of the country and trigger a crackdown by the government.