Timorese citizens will go to the polls July 22, to vote in the country’s fourth parliamentary elections against a backdrop of dissatisfaction with infrastructure and optimism for the country’s future. 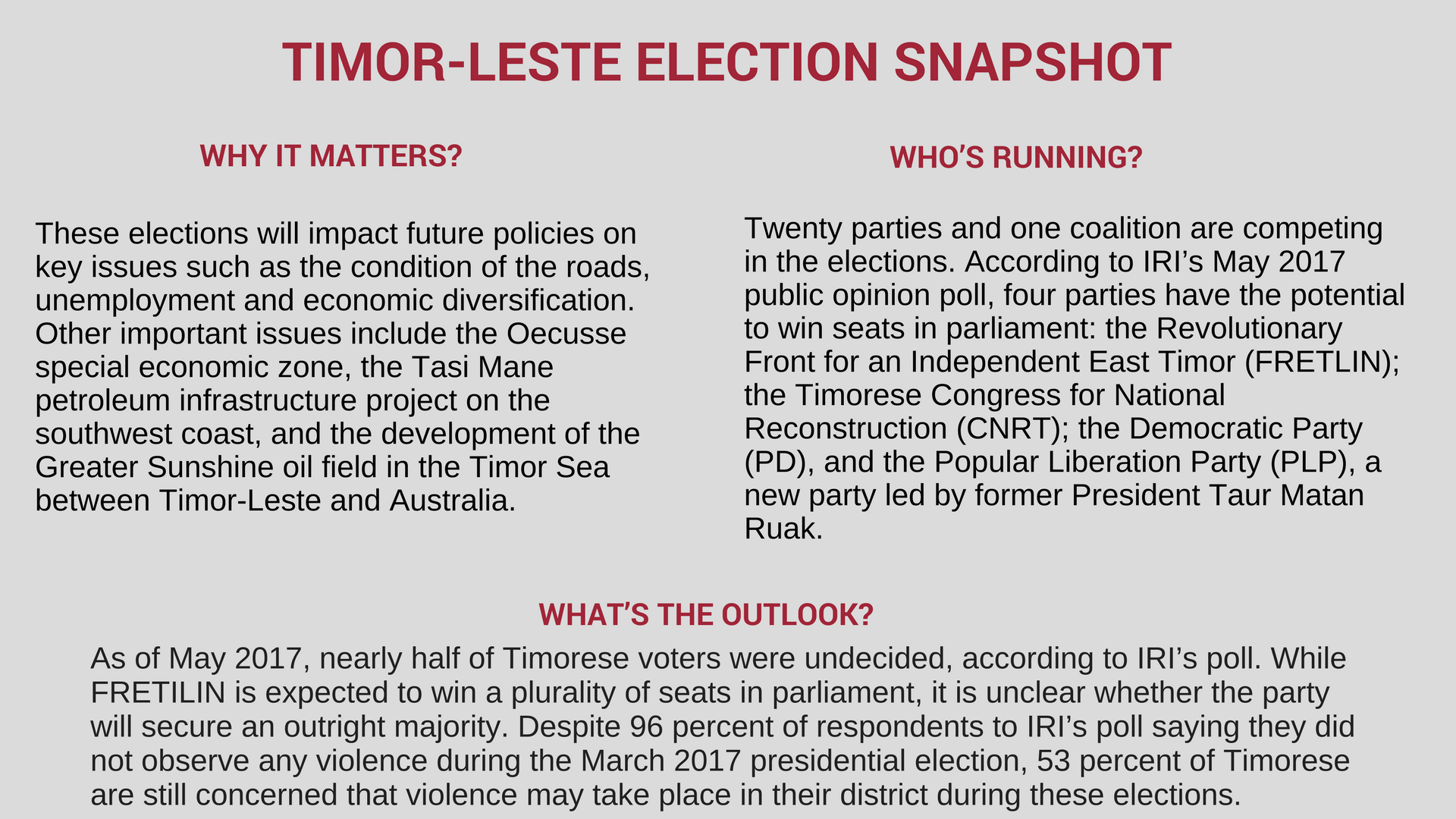 Timor-Leste follows a single constituency closed-list electoral system in which the party name appears on the ballot and seats are allocated proportionally. Parties must cross a four percent threshold in order to win seats in parliament. The political space has consolidated in recent years, with support coalescing around the major political parties.

IRI’s survey indicates that voters are most concerned about the poor quality of the roads, followed by unemployment. While the proportion of citizens who feel that the country is headed in the right direction declined by 15 points since November 2016, 68 percent of Timorese citizens remain optimistic that the country will be better off in the coming year.

According to IRI’s poll, 28 percent of respondents intend to vote for FRETILIN; 8 percent support CNRT; 5 percent favor PD; and 2 percent support PLP. While FRETILIN is likely to win a plurality of seats in parliament, it is unclear whether the party will secure an outright majority. Moreover, the fact that the popular CNRT President, Xanana Gusmão, has been campaigning on the party’s behalf could boost the CNRT’s prospects.